Warning: Parameter 2 to wp_hide_post_Public::query_posts_join() expected to be a reference, value given in /home/customer/www/annieandthebeast.com/public_html/wp-includes/class-wp-hook.php on line 308
 Visiting The Villages – December 2017 – Annie & The Beast
Skip to content 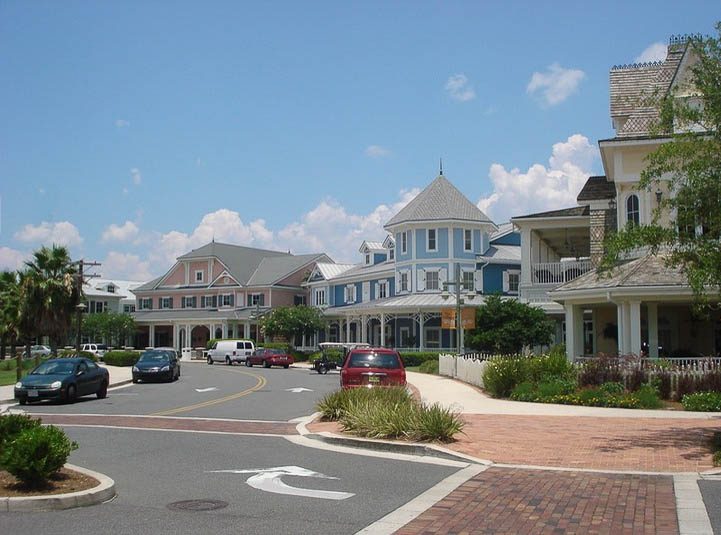 I have an aunt that moved to The Villages after retirement, and having reconnected with her recently and being in Florida already, we decided to visit her and The Villages for the first time.

It was a long day’s drive down from Destin, but other than an hour delay on the freeway due to an accident when we were almost there, the trip went smoothly. We stayed in the Wildwood RV Resort which was fine for two nights, although we’d probably explore other options the next time we’re in the area.

My aunt took us on a tour of The Villages (or at least a sampling of them – the area is huge and continues to grow), via golf cart (of course) and car. Oma was a bit surprised, but I’d seen and read enough that it was pretty much what I expected. Oma said that it was like going on vacation to a resort and never going back home. We had lunch overlooking a beautiful pool, and later had ice cream on a dock on a beautiful lake setting with live music playing in the background.

We didn’t tour any of the newer crazy-expensive houses, but the older homes that we saw (like my aunt’s) were very comfortable. The list of social clubs is insanely long, and there are golf courses, rec centers and other public (to residents) amenities galore. There was also plenty of shopping and restaurants (mostly chains, it seemed). I confess I imagined everyone traveling by golf cart, and while there were plenty of carts, there were also lots of cars on the road.

I have a hard time imagining myself in that environment, but I do think I understand some of the appeal. You largely don’t need to leave the community. Need to fly somewhere? There’s a regular shuttle from The Villages to the Orlando airport. Owning a car did not seem necessary if you are content to stay within The Villages.

One thing that I hadn’t considered was healthcare. With a huge population of older people, the emergency and critical care facilities are easily overwhelmed. Have a heart attack when a bunch of other people also had them? There are only so many beds and so many staff, and adding/expanding hospitals and then finding staff doesn’t keep up with the constant expansion that continues as new villages are developed.

Our day was mostly about hanging with my aunt and catching up, but the tour and taste of The Villages that we got was very interesting. After years of hearing about The Villages, I appreciate now having experienced it in person.