Warning: Parameter 2 to wp_hide_post_Public::query_posts_join() expected to be a reference, value given in /home/customer/www/annieandthebeast.com/public_html/wp-includes/class-wp-hook.php on line 308
 The Black Hills – Annie & The Beast
Skip to content 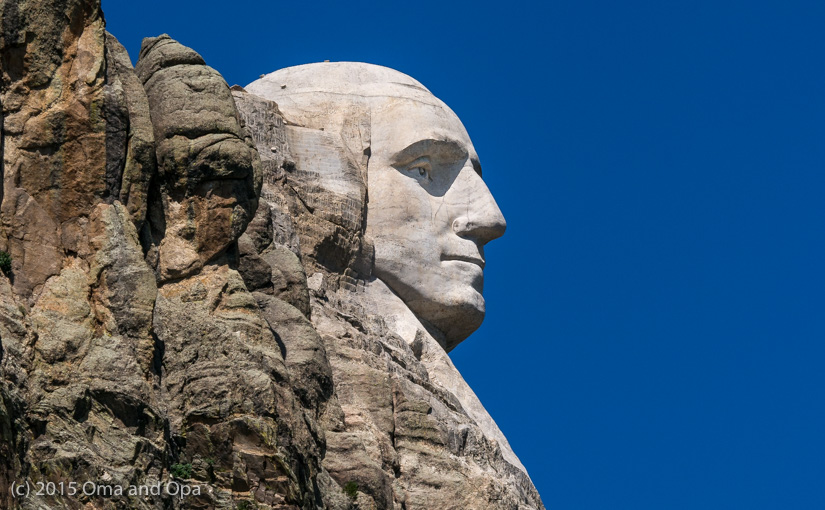 Another driving day as we completed our journey through Montana, passed briefly through Wyoming, before reaching our destination in South Dakota. Happily the drive was another uneventful one as we made our way to Custer State Park. There we were hoping to see buffalo, pronghorn, big-horn sheep and other wildlife, as well as beautiful landscapes and cave systems.

We had not been to the Black Hills in many, many years, and it seems even more commercialized than the last time we were there. Although it is a big area, we chose to stay in Custer State Park and do day trips from there. Custer State Park is at the southern end of the Black Hills, about 40 miles (by road) from I-90 and Rapid City. That put us quite a distance from “top” attractions like Bear Country USA and Dinosaur World, but we consoled ourselves with the abundant wildlife, scenic drives and national parks/monuments that were much closer. 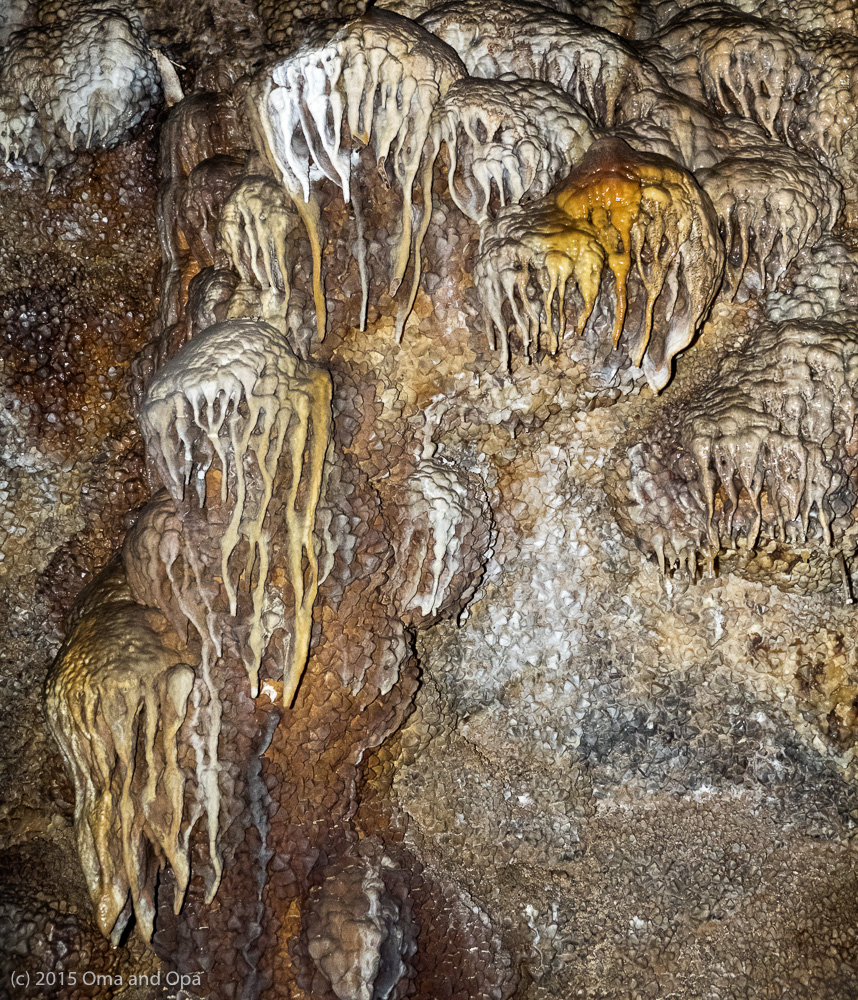 Jewel Cave National Monument is one of the nearby units of the park system and one of the two nationally protected caves nearby. (Wind Cave National Park is the other.) Neither of us had ever been in either cave, so we continued turning the latter portion of our trip into a cave adventure. We hit the road early in the morning to get our tour tickets. Cave tours are the only way to see either cave, and most tours are first-come, first-served and sell out in the first few hours.

Jewel Cave is believed to be the third-longest cave system in the world. There are 175 miles of mapped passages, and that constitutes only 3-5% of the total air volume of the cave system. (That puts the total estimated length of the cave system at around 3,500 miles.) We found the features of Jewel Cave to be noticeably different than the Lewis and Clark cave and thought it was well worth seeing.

After our cave tour, Oma wanted her buffalo burger. We followed TripAdvisor’s advice and headed to Black Hills Burger and Bun Co. where we had great buffalo burgers with Oma’s favorite, sweet potato fries. Highly recommended.

In the evening, we took a leisurely drive around Wildlife Loop Road. We saw pretty much all the mammals we expected – pronghorn antelope, mule and white-tail deer, buffalo, wild burros and prairie dogs. We did not see any big-horn sheep, but we did not expect to in this area. (We’re hoping to see some in the mountains tomorrow.) It was nearly dark by the time we made it back to our campsite.

The next morning we decided to repeat Wildlife Loop Road heading the opposite direction. It was a good decision. Shortly after leaving our campsite, we had to stop for buffalo wandering down the middle of the road.

The prairie dogs were also much more active in the early morning than in the late evening. 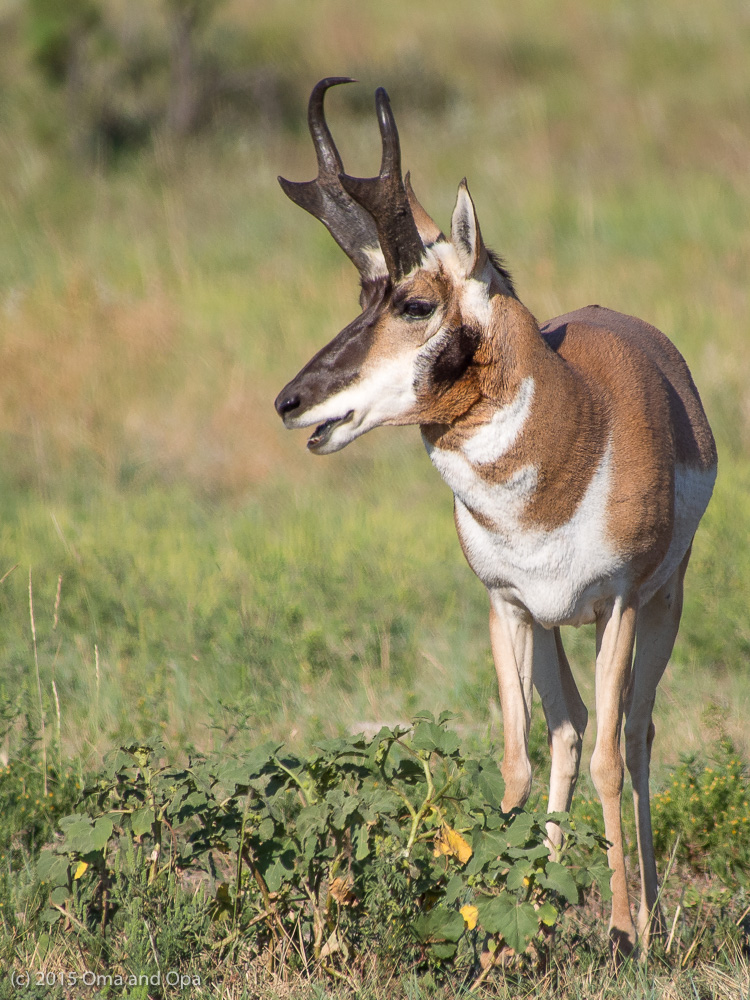 But the highlight of the morning was a group (harem?) of pronghorn that we were able to follow for more than an hour.

The rest of the day was spent doing scenic drives. The Needles Highway is probably the most famous. Iron Mountain Road is also scenic. Both feature narrow road, tight turns and one-lane tunnels, with the Needles Highway listing its narrowest tunnel at 8’4″ wide. The Beast is 7’11” wide with the mirrors in (in theory that’s 2.5″ of clearance per side), although we made it fine and I think we actually had a bit more than 5″ of clearance.

We drove past Mount Rushmore National Memorial but didn’t officially visit. You can get nice views from the road and we’d both seen it before. And while it is unquestionably quite an accomplishment, neither Oma nor I are entirely thrilled with people hacking away at mountains.

And speaking of hacking away at mountains, we also drove past the Crazy Horse Memorial. I can’t deny that it will be quite impressive if they ever finish the thing, but I’m skeptical that it will even happen during our grandkids’ lifetimes. In any event, we skipped paying the $22 to see a face up close and just took a passing snapshot.

Our one disappointment of the day was not seeing big-horn sheep in the mountains.

Our final morning we completed our trifecta of cave tours with a visit to Wind Cave National Park. Like Jewel Cave, you must be on a tour and tours are first-come, first-served. Also like Jewel Cave, the tour was not too difficult, although one person did find themselves flat on the cave floor with a major headache when they failed to duck at a low spot. 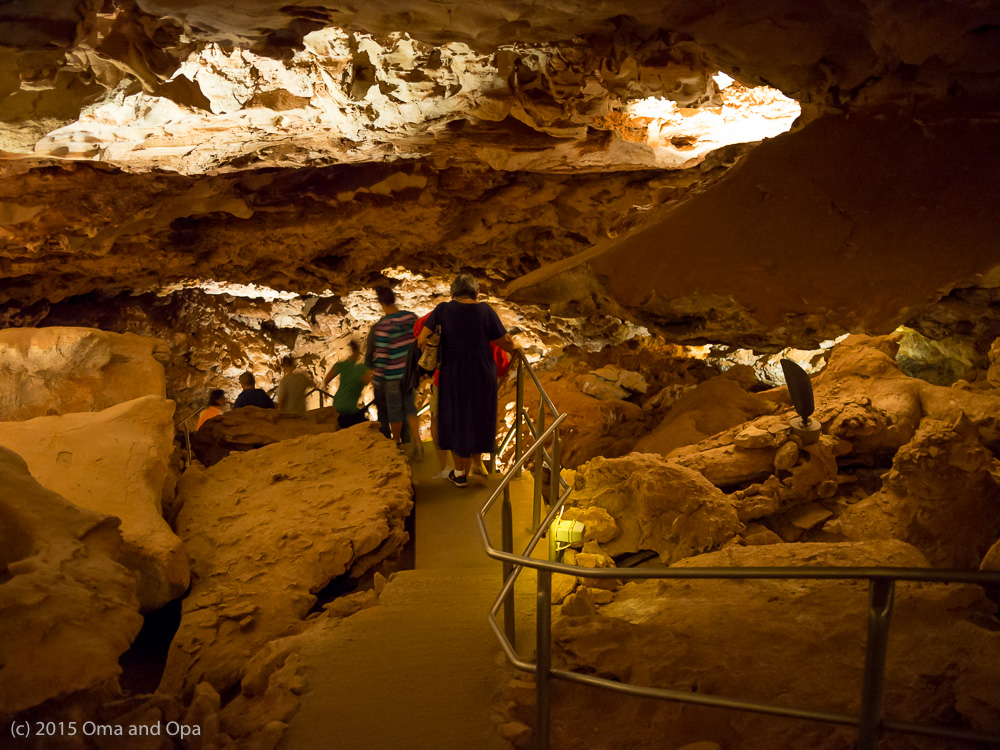 Wind Cave is the sixth-longest explored cave, and like Jewel Cave, 90-95% of the cave is estimated to still be unexplored. Wind Cave is also the densest known cave, with more passages per cubic mile than any other explored cave system in the world. 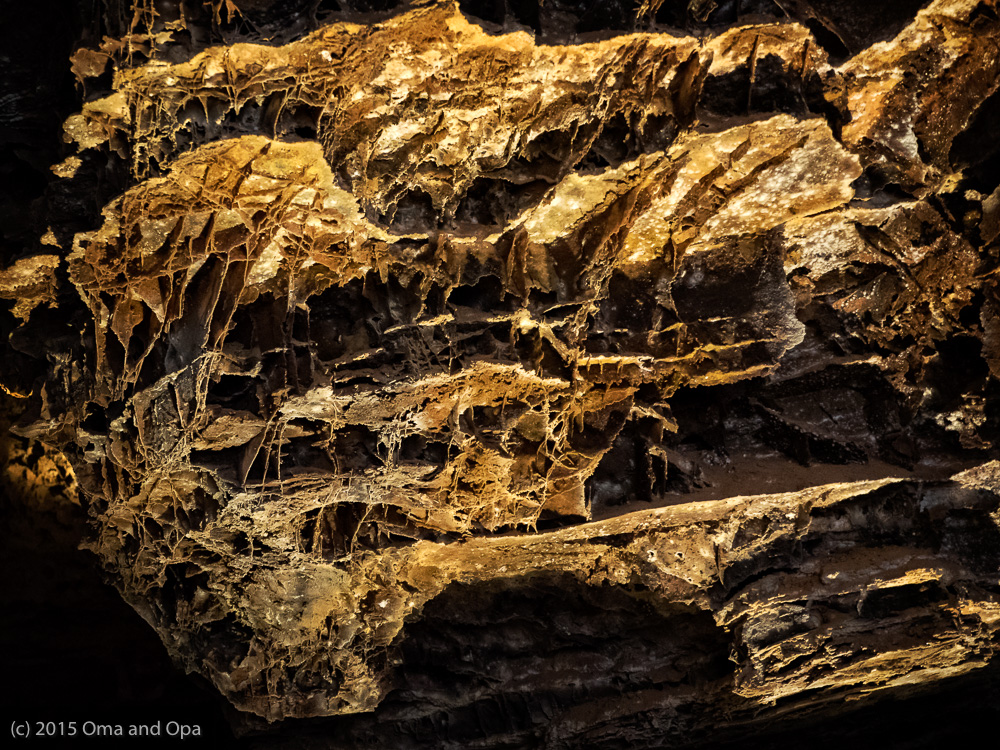 For our last restaurant meal of our trip, we headed back to the Black Hills Burger and Bun Co. The burgers were every bit as good as the first time and despite arriving close to noon, we managed to snag a seat almost immediately.

Our stay was a definite success for us. We saw lots of buffalo (including one that decided to hang out at our campground for a while). We saw lots of white-tail and mule deer, wild burros and prairie dogs. We got our fill of pronghorn, including hanging with one group for more than an hour. The only disappointment was not seeing big-horn sheep in the mountains. Imagine our surprise on our last day when we happened to drive by two on our way to Wind Cave. Although we wanted to get to Wind Cave early, we enjoyed taking ten minutes to watch them have breakfast.

The afternoon was spent prepping for the weekend with the grandkids. Food prep, making room for visitors, packing up … then on to Wisconsin to camp with our daughter.

2 thoughts on “The Black Hills”