Warning: Parameter 2 to wp_hide_post_Public::query_posts_join() expected to be a reference, value given in /home/customer/www/annieandthebeast.com/public_html/wp-includes/class-wp-hook.php on line 308
 Padre Island NS February 2017 – Annie & The Beast
Skip to content 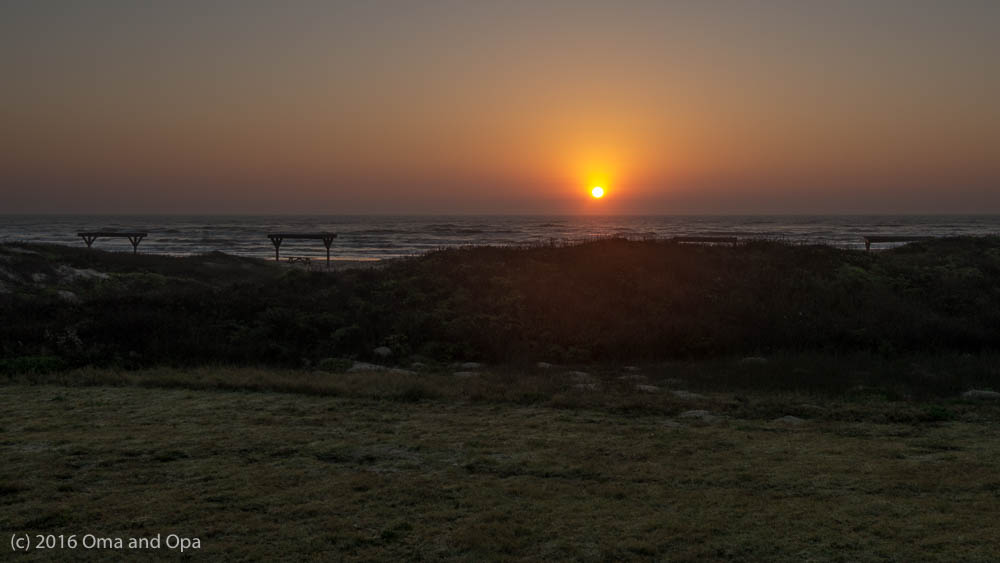 After we left Galveston Island, we headed to Corpus Christie and stayed at the Colonial Del Rey RV Park. This put us in a perfect position to head for the Padre Island National Seashore bright and early the next morning since it is only 25 minutes away. And with full hook ups, I was able to do laundry and some cleaning up too. Opa went and did some necessary grocery shopping and fueled up the truck.

It was a rainy Wednesday morning, so we waited for the worst of the rain to pass and then set off on our way. We arrived at the Malaquite campground around 10:00 a.m. When we got there, I ran back and forth to see if there were openings. There were some empty sites, but they had occupied signs in them. Then finally, Opa saw someone pull out, there was no occupied sign and no new name in the do it yourself kiosk. We got a site. Not great, it was in the back row and somewhat tight for our 5th wheel and truck but we were in. We made ourselves comfortable and tried to figure out how we were going to fit our kids and grandkids in with their tent when they showed up for the weekend to join us. We came up with some doable plans, like putting the tent across the street. But we wouldn’t have been together and I didn’t like the idea of the kids walking across the road.

I checked out the kiosk and noticed that the best site was possibly vacant in couple of days. I finally caught up to the occupant of that site to try and find out if they were indeed leaving and at what time. And he told me that someone else was already in line for that site. But the day of, that person did not show up on time, the other camper let us know, and we were able to snag the site. Woohoo! Now I had a beautiful site for my grandkids to enjoy during their stay with us. We had a large grassy site with a great view of the ocean and were right next to the path to the beach! I was ecstatic!

The kids came on Saturday morning of the Kite Festival on the beach at the visitors center. Unfortunately, there was a two hour line at the entrance gate so they didn’t get to us until after lunch time. So the first order of business was a late lunch. By the time that we finished lunch, the kite festival was ending, so we missed the great kite show. But for the remainder of the day and the next we had a wonderful time on the beach, digging in the sand, swimming, beach frisbee, margaritas on the beach, and great meals, ice cream and s’mores at the campsite. And our grandson completed and received his first junior ranger badge. It took some work but he was very proud of his accomplishments. We were proud of him too!

There was a lot of road construction in the park during our stay, so we didn’t do much bird watching or anything else. But we did a ton of beach walks and found a few new interesting shells to add to my collection.

Padre Island NS is a beautiful park. I believe it’s primary purpose is to preserve much of the world’s longest barrier island and therefore it is mostly undeveloped. It protects wildlife including turtles, hundreds of bird species, along with other wildlife. There is one small and underdeveloped campground (Malaquite) offering some flush toilets and cold showers at $8 / night, one overnight parking area on the Laguna Madre at $5 / night, and free camping on the beach if you have a vehicle that won’t get stuck in the sand. There is a dump station and water just outside of Malaquite.  And the park has a nice visitor center with some very nice programs and a huge parking lot.

Since campers with senior national park passes only pay half price on camping fees, it seems to be a haven for them. Officially, you can camp there for 14 days and then you must leave the park for 48 hours. Some people boast of camping there for four months straight. They have a system for trading off the sites making it difficult for newcomers to get a spot, especially the better sites. The park needs to find a way to assure fair access for everyone because that is certainly not happening now. 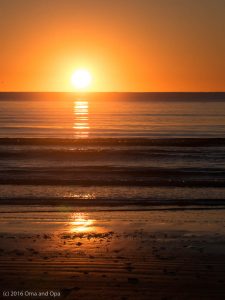 I love this park. I love all of its undeveloped natural beauty. I hope one day I will see a turtle release. But I don’t like how difficult it is to get a camping spot. I hope that new rules could be enforced so that more people have a chance to stay in this great park.