Warning: Parameter 2 to wp_hide_post_Public::query_posts_join() expected to be a reference, value given in /home/customer/www/annieandthebeast.com/public_html/wp-includes/class-wp-hook.php on line 308
 North to Banff – June 2018 – Annie & The Beast
Skip to content 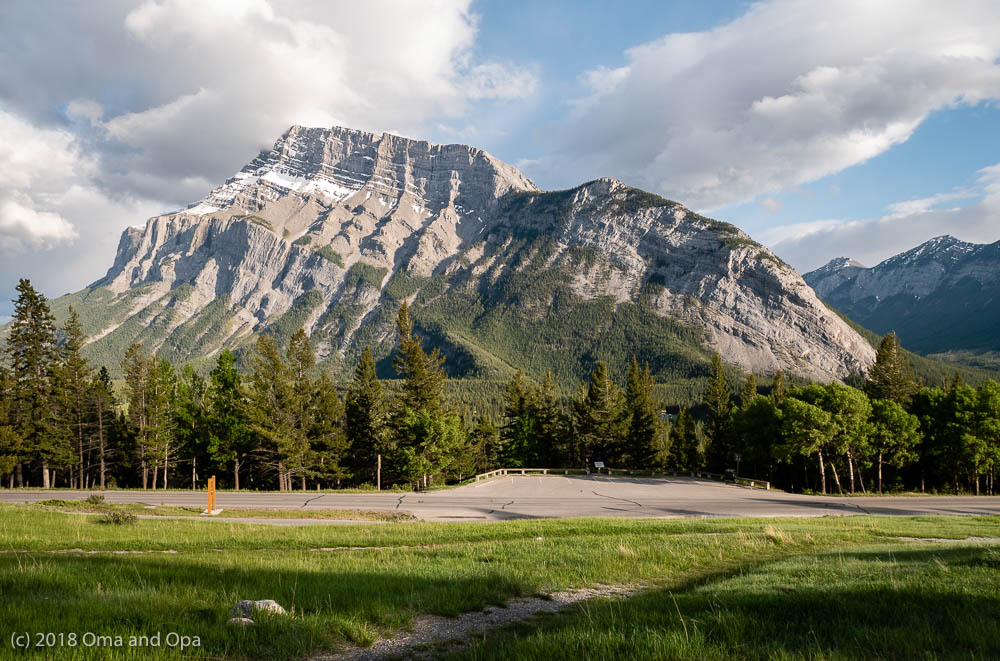 The parks of the Canadian Rockies have always been among our favorites in North America, so our trip north simply had to give us a little time to enjoy them. From Waterton Lakes National Park, it was onward to Banff National Park (and the town of Banff).

The drive from Waterton Lakes to Banff was scenic, with the Rockies often visible to our west. Most of the trip was through green foothills as we meandered our way along the two-lane highways before finally reaching the outer communities of Calgary. From there, it was a relatively short stretch of the Trans-Canada Highway to reach Banff.

We were arriving on a Friday, and had had the foresight to reserve one of the twenty remaining open sites Thursday night. And a good thing we did – when we arrived at the campground office, there were no sites left. (I believe that there were some sites available Sunday night, so weeknights this time of year may still be okay without reservations.)

It’s been about fifteen years since we were last in the area, and it seems even busier and more developed than ever. We stayed at Tunnel Mountain Village II campground. The “campsites” were just shoulders on each side of the road with a picnic table and electric post. Still, we had views, especially from our second site, and those views balanced out the sterility of the campground appearance.

Saturday was crazy busy even though it was early in the season, so we took the opportunity to walk down to a laundramat and do our first laundry of the trip. Chores and walks near the campground took up most of the rest of the day. It turned into a productive but non-stressful day and allowed us to avoid the worst of the crowds.

Sunday we took the bus into town for a fantastic lunch at Coyotes Southwest Grill. Highly recommended. After lunch we walked through the town, did some browsing and discussed our plans with a ranger at the visitor center. It was a little disappointing to see store chains seeming to take over in Banff, and in many ways it now feels like every other somewhat upscale mountain town with many of the same shops. On the other hand, I did appreciate being able to choose from plenty of highly reviewed restaurants for lunch. Things change, for better or worse, and often in both directions at the same time. 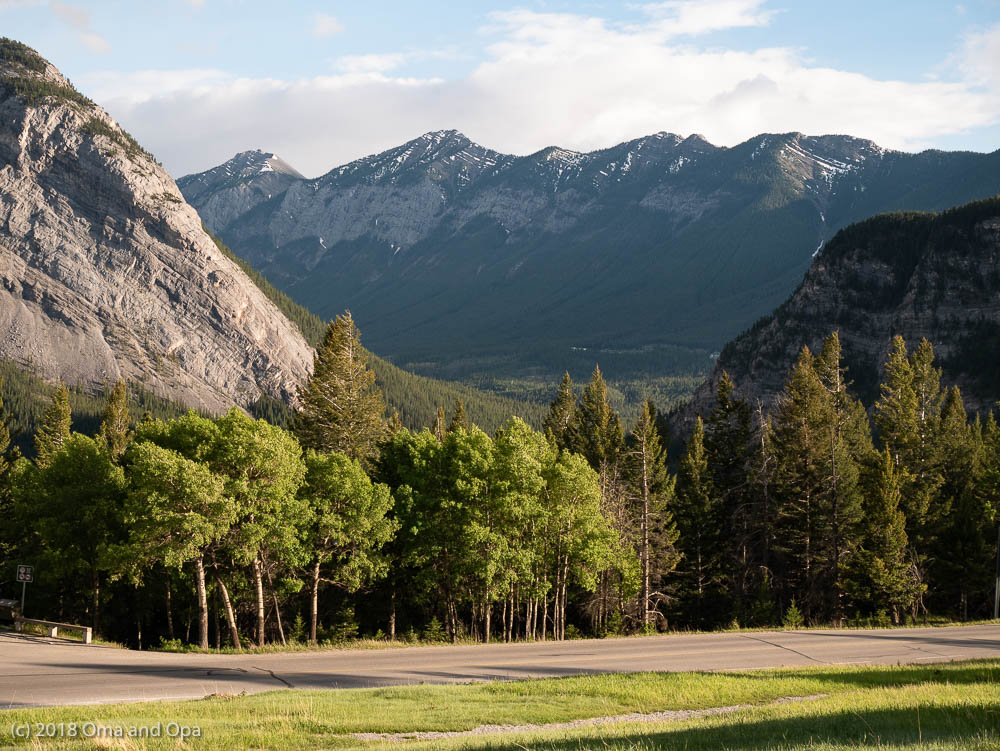 We also met another Alaska-bound couple and had two visits with them. They were from Minnesota and have a daughter in Seward, who they will be visiting. They also had a very cute one-year-old lab that looked like the dog painted on the window of many of the millions of rv rentals.

(As an aside, rv rentals seem to have exploded. There were always tons of rental rv’s in the west during the summer, but the rental rv’s outnumbered the non-rentals the weekend we were there. Considering it was a nice weekend and there were locals (we talked to some of them), it amazed me that there could be that many rentals out.) 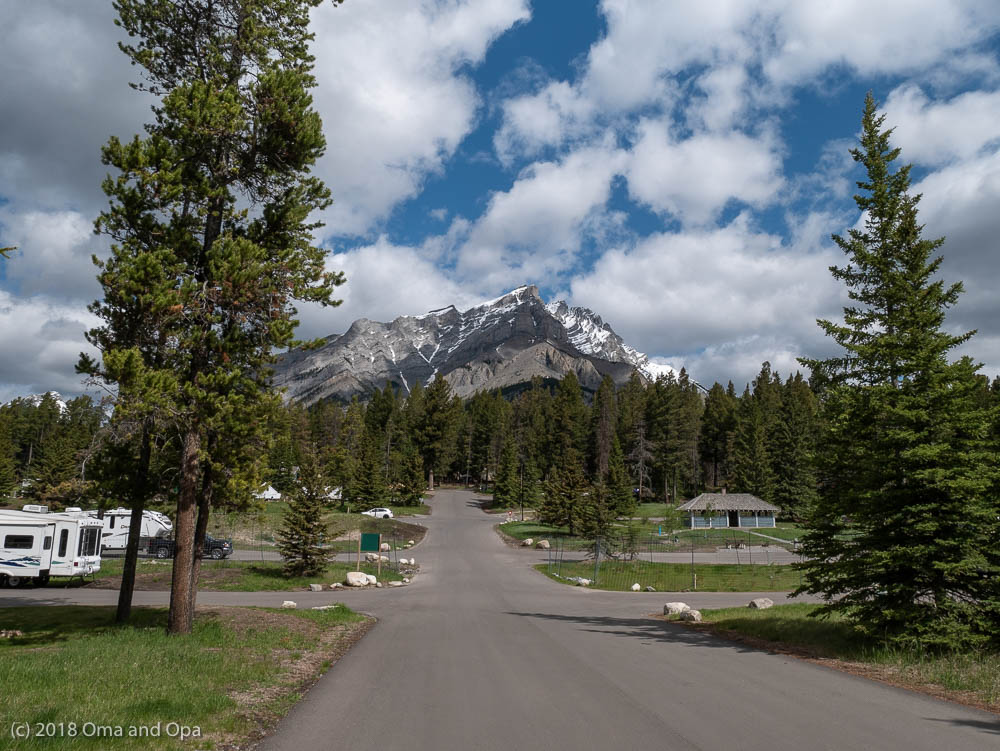 We put off road trips until Monday, partly because of the crowds, but mostly because the animals (especially the dog) were really enjoying the rest time and being outside. But we’ve been through the area enough times before, and will likely return again, so we didn’t feel like we were missing something we desperately wanted to see or do.

Miles: 233*
Driving time: 4:30
Roads: Two-lane highways except for a short stretch of the Trans-Canada
Overnight: Banff Tunnel Mountain Village II
Weather: Clouds and sun with intermittant rain (41/63)
Total miles since crossing Canadian border: 407*
Total miles: 1,975*
* Since our motorhome is our only vehicle, mileage includes side trips.