Warning: Parameter 2 to wp_hide_post_Public::query_posts_join() expected to be a reference, value given in /home/customer/www/annieandthebeast.com/public_html/wp-includes/class-wp-hook.php on line 292
 Lewis and Clark Caverns – Annie & The Beast
Skip to content 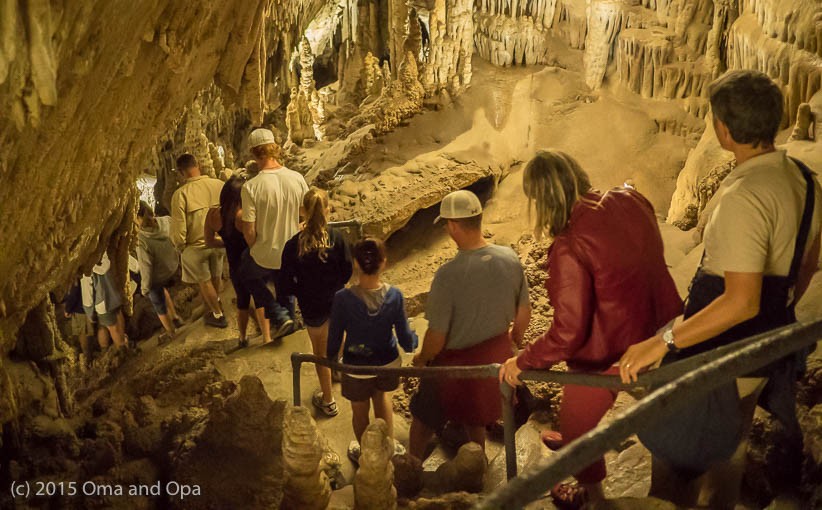 We had a relatively long day of driving as we ventured into central Montana. It was basically all freeway other than the short beginning and ending stretches, although the first few hours were through the mountains – not difficult, but not sit back and relax when towing a heavy trailer. We made good time, despite losing an hour transitioning from Pacific to Mountain time.

We arrived at Lewis and Clark Caverns State Park before 6:00. The campground has cabins, a teepee, and many campsites, and is located in a valley. There are only a handful of electric sites here, and – worried about hot weather and needing air conditioning – I had booked one a couple of months ago. It turns out that the cool weather we had expected (and didn’t get) in northern Idaho was here instead. It was in the 60s when we arrived, and our high the next day was only in the 70s with a beautiful breeze. We would have been fine without electricity, although if you do want electricity, booking ahead is definitely required. 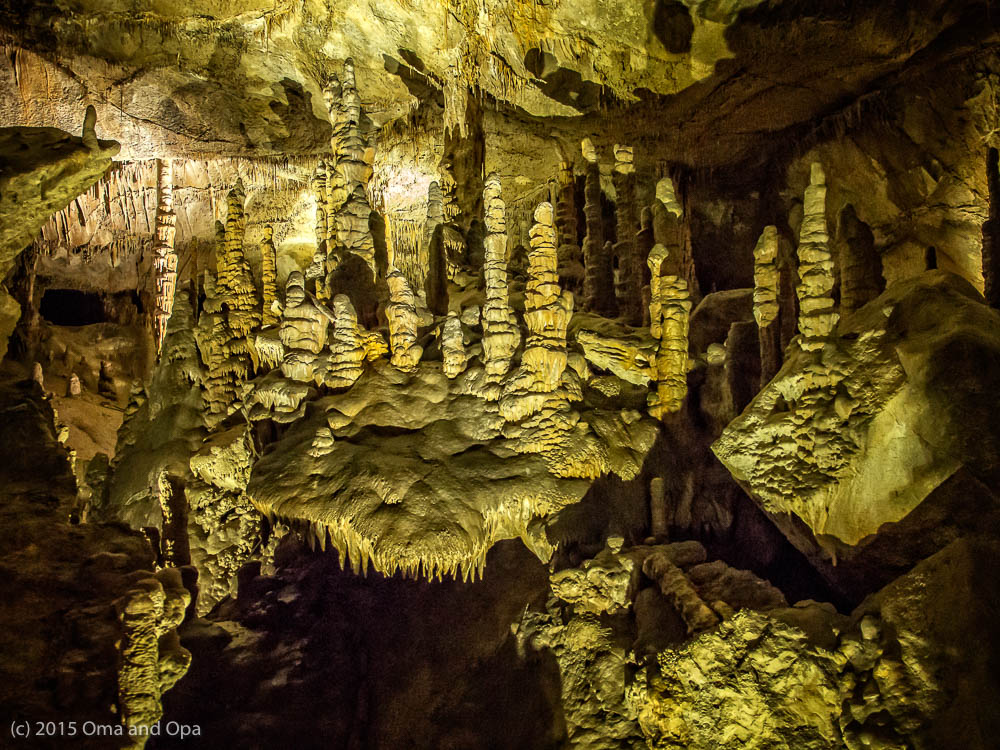 Although there are a few trails in the park, the primary attraction is the limestone caves up in the mountains. The federal government established the area as a National Monument in 1908, but never developed the site. Dan Morrison, a local, did unsanctioned tours of the cave from 1900 until his death in the early 1930s; the National Park Service had no permanent presence in the area (rangers occasionally made the trip up from Yellowstone). 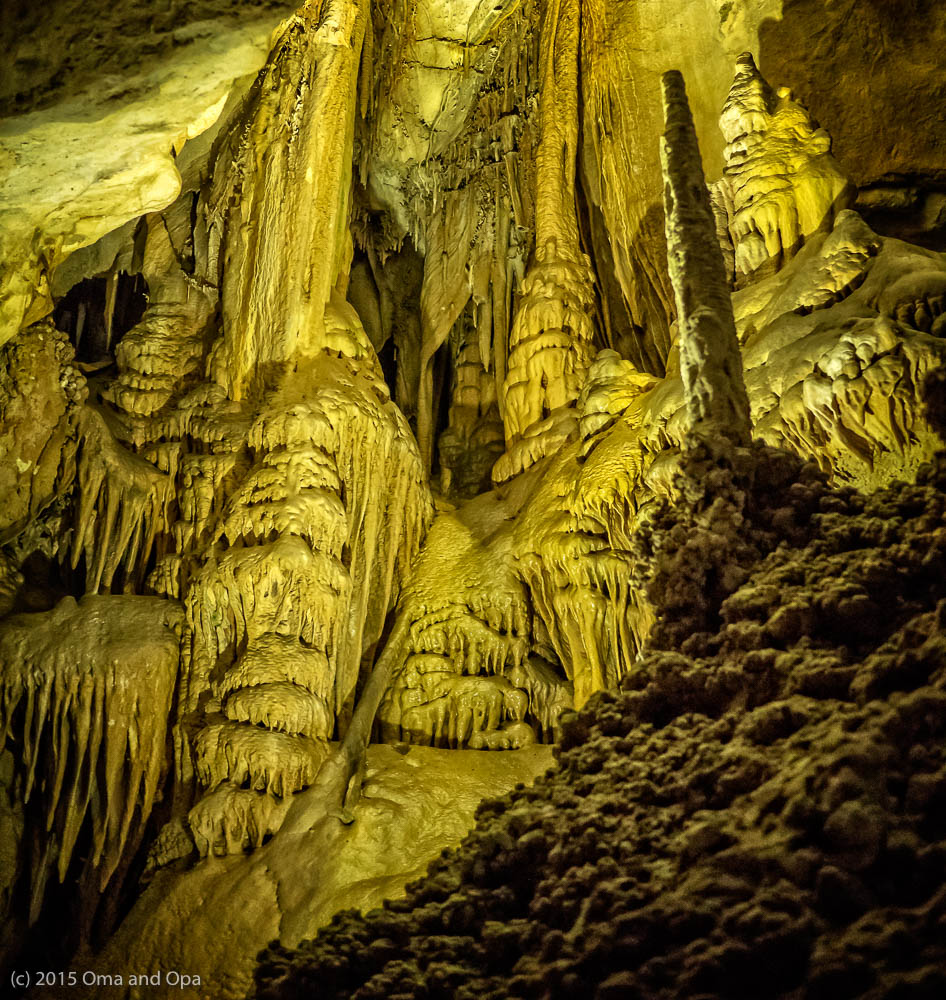 During the Great Depression, the feds needed to reduce the national parks budget, so the federal government transferred the land to the state of Montana as its first state park. A CCC crew developed the area, building the park road, a visitor center, and making the caves more accessible by carving steps, installing railings and opening a few tunnels, including a new entrance and exit.

The cave visitor center is located well above the valley and requires a six-mile drive to reach it. From the visitor center, the walk up to the entrance was an additional 300′ climb. Once we reached the cave entrance, the cave tour itself lasted about 80 minutes. It involved quite a bit of duck walking (a number of spots were less than 3-4′ high), one bit of butt sliding and 600 stone steps (500 down, 100 up). This was probably the most difficult cave tour we’ve done; only the Lower Cave tour at Carlsbad Caverns was close to that difficulty. (Note that it wasn’t technical; it just gave us much more of a workout than any other cave tour.) That said, Oma managed it, but we definitely were sore for a couple of days after. 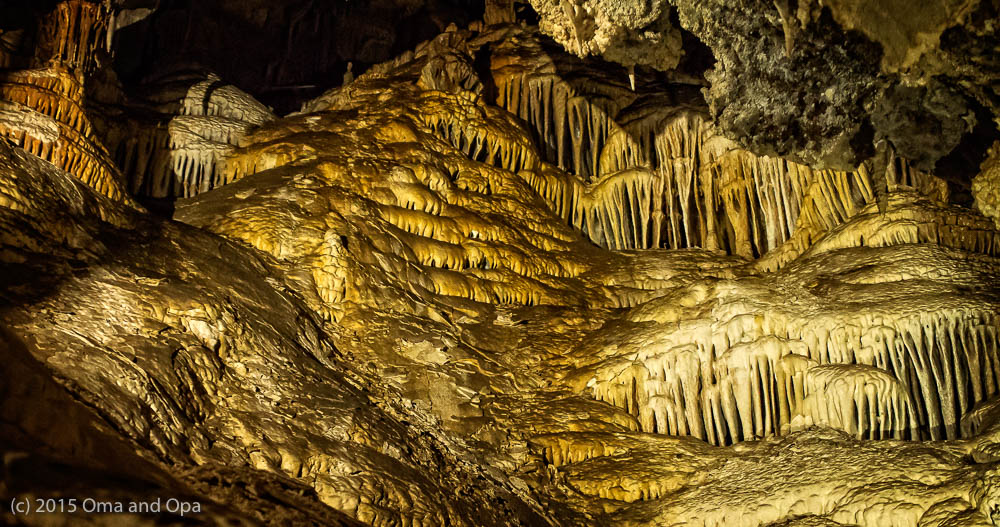 Our group was fairly large (just under twenty people) and we found the tour fairly fast-paced. Lighting in the cave was fine but not ideal for photography, and I stupidly (after hauling it on the entire trip) did not think to bring a flash. But it was a cool cave complex and we are glad that we got to tour it. 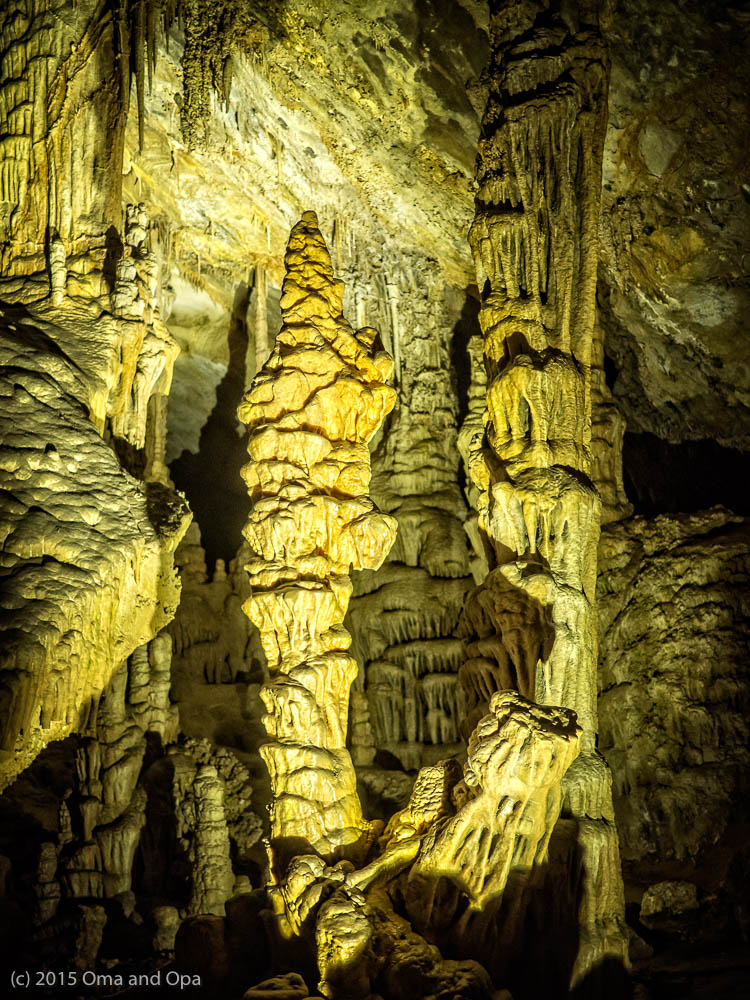 It turns out that we visited the park during bat week. We missed the walks to the cave entrance near sunset which occurred earlier in the week, but we did get an interesting 75 minute presentation on bats by the park naturalist, followed by a bat walk where we saw a number of bats. Ten species of bats are found in the park, and the cave entrance itself is home to female western big-eared bats and their young. I was most impressed by the naturalist’s ultrasound receiver, which allowed us to hear the bats “pings” when they were near. I want one now, although I’ll wait until I have several hundred dollars burning a hole in my pocket. But it was very cool. 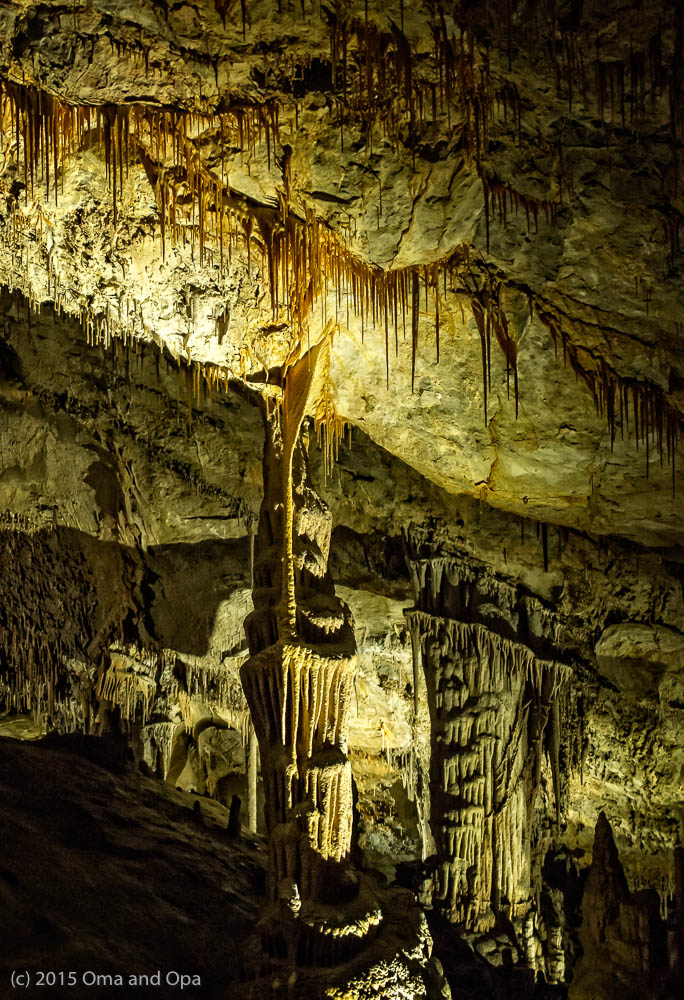 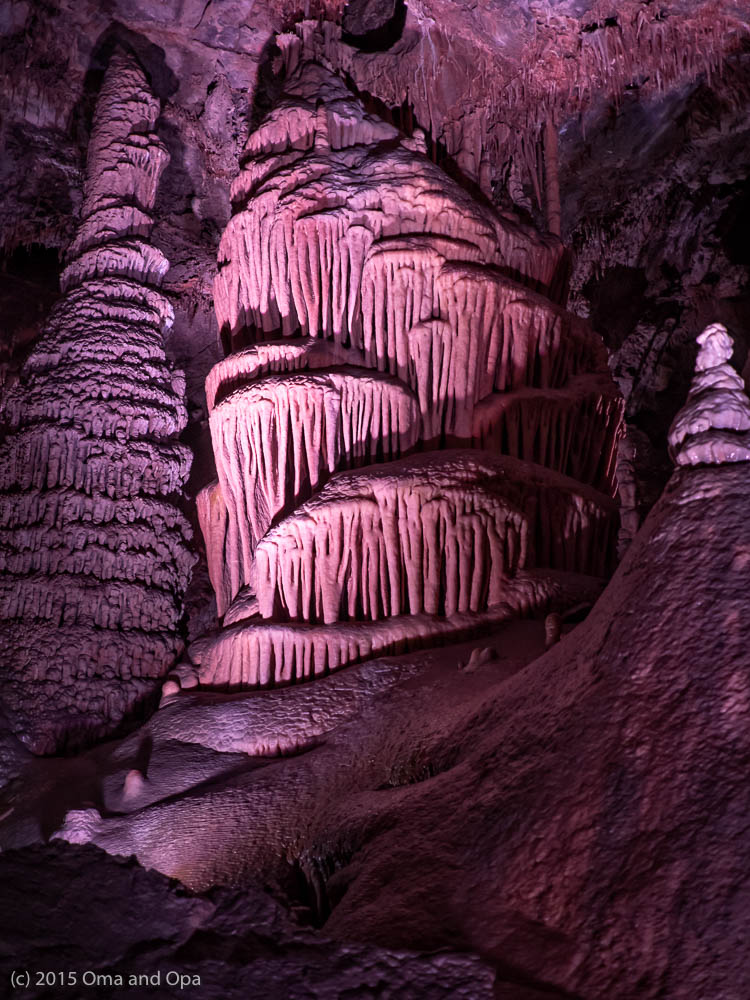 Lewis and Clark Caverns State Park was picked as a stop mostly because it was on our route home and not too far away from the freeway, but we really enjoyed our stay here and could have stayed longer. And we just missed “Montana’s premier 3-day Rock festival,” Rockin the Rivers. We drove by the venue – only a couple of miles away and full of RVs – as we were leaving; we left Friday morning, and the concert started at noon and ran through Monday morning.