Warning: Parameter 2 to wp_hide_post_Public::query_posts_join() expected to be a reference, value given in /home/customer/www/annieandthebeast.com/public_html/wp-includes/class-wp-hook.php on line 308
 Heading to Palo Duro Canyon State Park – March 2018 – Annie & The Beast
Skip to content

After we left Alamogordo, we set a destination to Palo Duro Canyon. But we broke the drive up and made a stop at the Cactus RV Park on historic U.S. Route 66 in Tucumcari, New Mexico. There is nothing special here, but it had full hook-ups, giving me the ability to do laundry and clean up. It was located on the property of the old Cactus Motor Lodge. The motor lodge is completely run down but has old remnants left. It looks like there may be a couple of people still living in some of the old rooms. But sadly, it is mostly a shell of an era gone by. The staff were very nice offering us an incredibly inexpensive rate. A short walk away was Del’s Restaurant, which had a nice history of its days on Route 66 before the interstate bypass came along. It had good food and good service and provided a very pleasant stop for us. 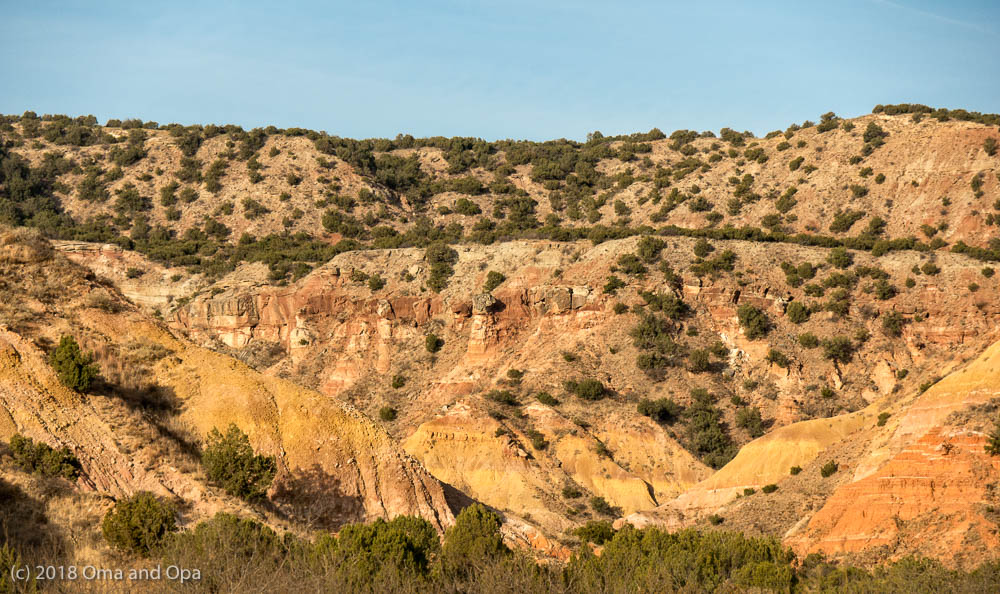 The next morning, we headed to Palo Duro Canyon State Park. Palo Duro Canyon is near Amarillo in the Texas Panhandle. The area surrounding the park was flat, plain and dry. Nothing scenic at all. And then we got to the park. There are a few vista points of the canyon as you drive in along the park road. But then you have to drive this crazy steep road (10% grade) with blind curves and switchbacks down into the canyon where the campgrounds are. 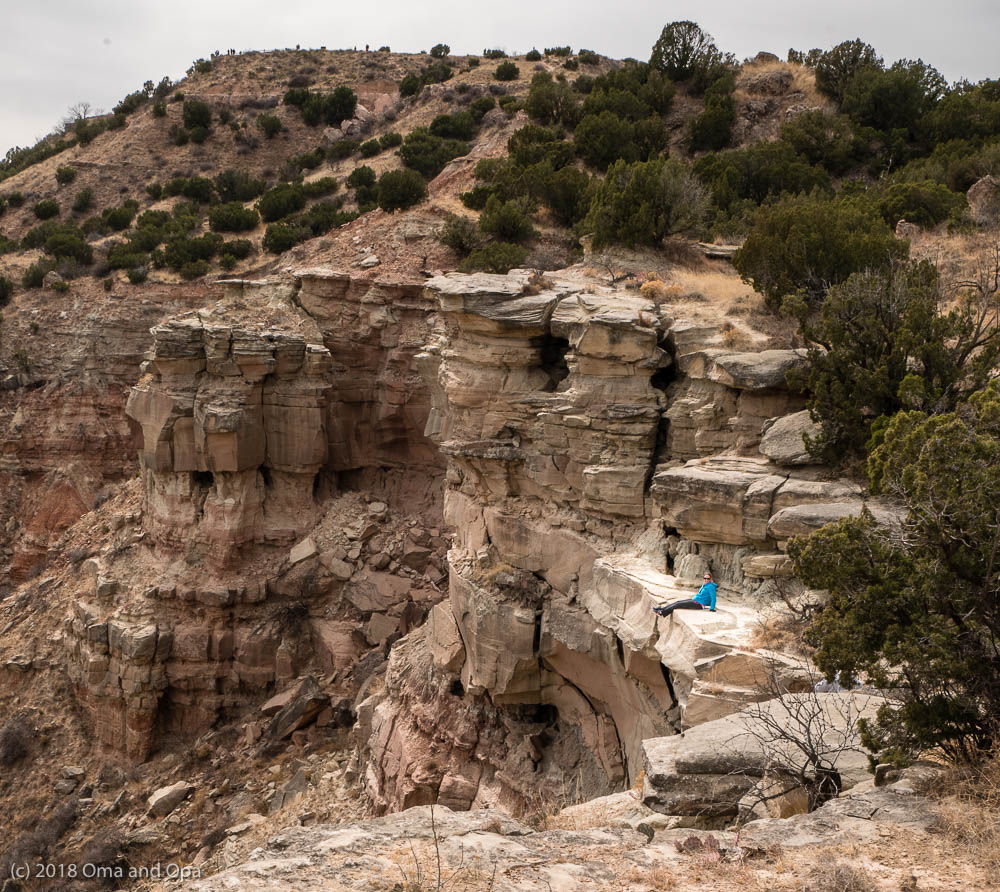 Wow! What a spectacular place! Palo Duro Canyon is the second largest canyon in the United States and was once a contender to be a national park but Big Bend NP won the contest in Texas.  Once you are down in the canyon, it’s breathtaking to take in all the layers and colors of ancient rocks. There are many different rock formations as well including a cave and the park’s signature rock, The Lighthouse. 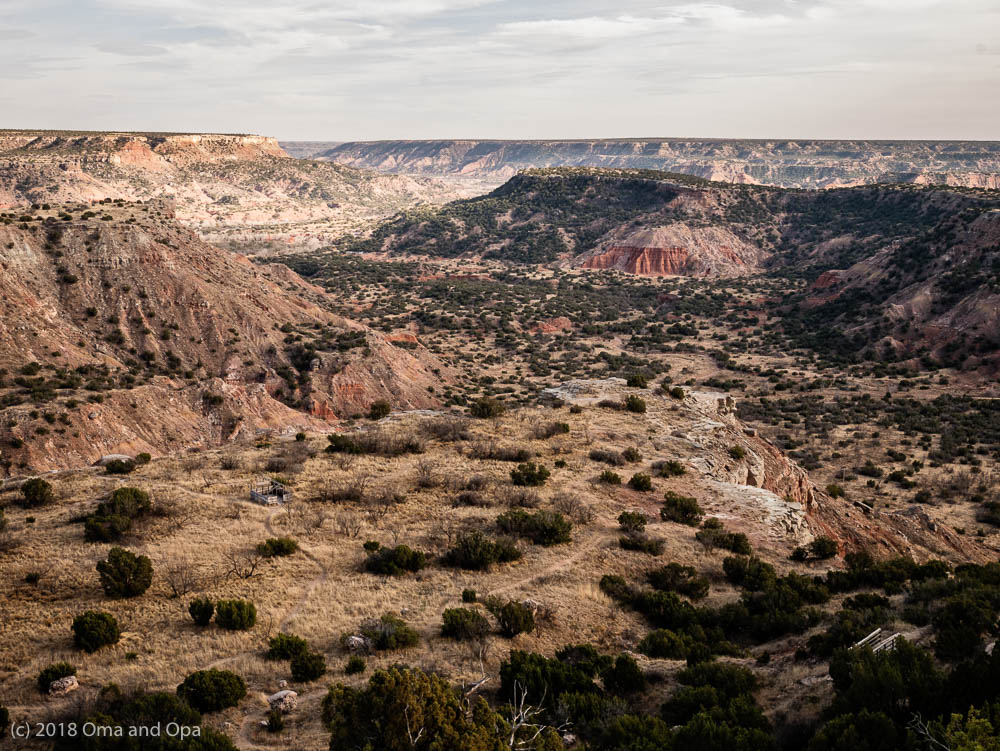 Although the canyon is the second largest in the country at about 120 miles long, most of Palo Duro Canyon is privately owned. Only a relatively small portion of the canyon is part of the state park, although this is Texas small – over 27,000 acres. Driving from the park entrance to the farthest point in the park will take you nearly a half hour one way – and that’s if you don’t stop along the way. 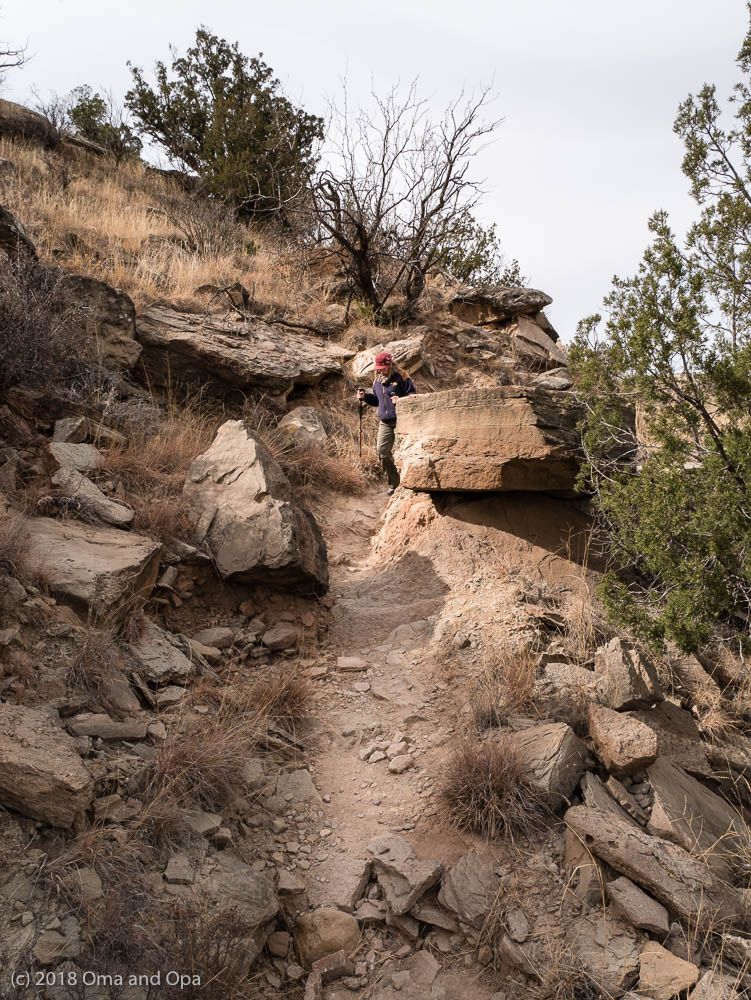 There are so many trails to bike, hike and horseback ride on. Just make sure to take a map as they are not always that well-marked, and the side trails can make it a little confusing. We also took a ranger-led van tour of the canyon which pointed out the canyon’s highlights and history. A very informative and worthwhile three-hour tour. Besides camping, the park has a museum, cabins, a trading post, horse rentals, and an amphitheater where you can enjoy a performance of the outdoor musical drama, Texas, in the summer. We walked trails near our campsite and then walked a difficult rated hike up the canyon wall from the amphitheater to a vista on top of the canyon. The views were amazing. The hike was a killer.

Our campsite was awesome. It was neatly developed and had great views of the colorful canyon walls which lit up beautifully in the morning and evening. It was a relaxing, beautiful place to stay. Just not looking forward to driving back up that steep, twisty, curvy road back to the top. 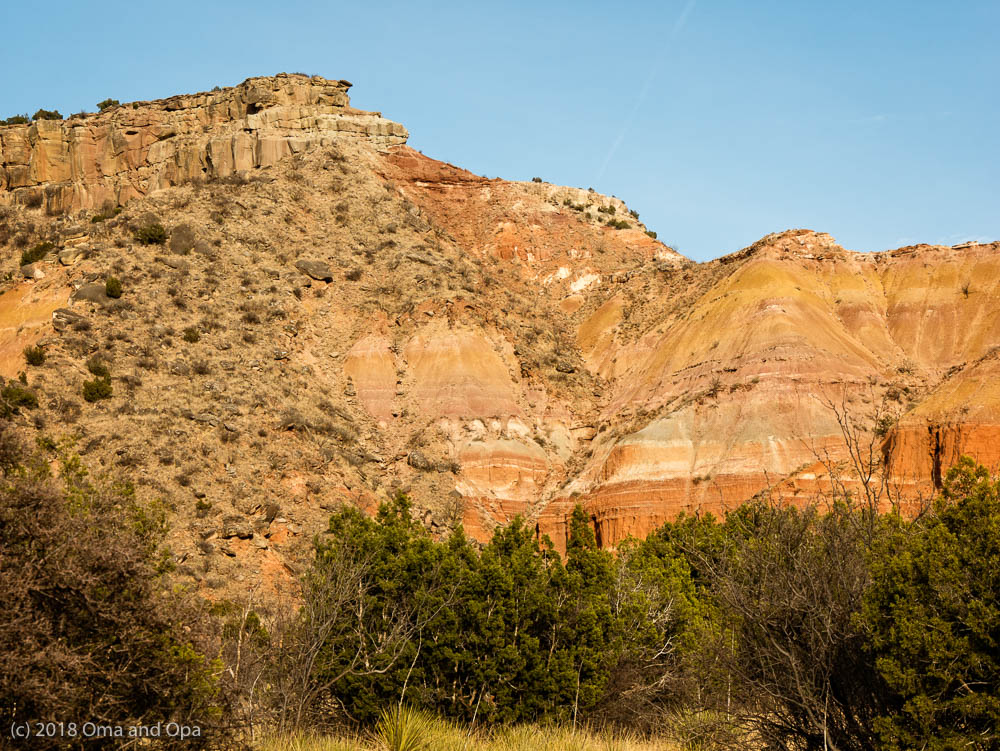