Warning: Parameter 2 to wp_hide_post_Public::query_posts_join() expected to be a reference, value given in /home/customer/www/annieandthebeast.com/public_html/wp-includes/class-wp-hook.php on line 308
 Frank Lloyd Wright’s Fallingwater – Annie & The Beast
Skip to content 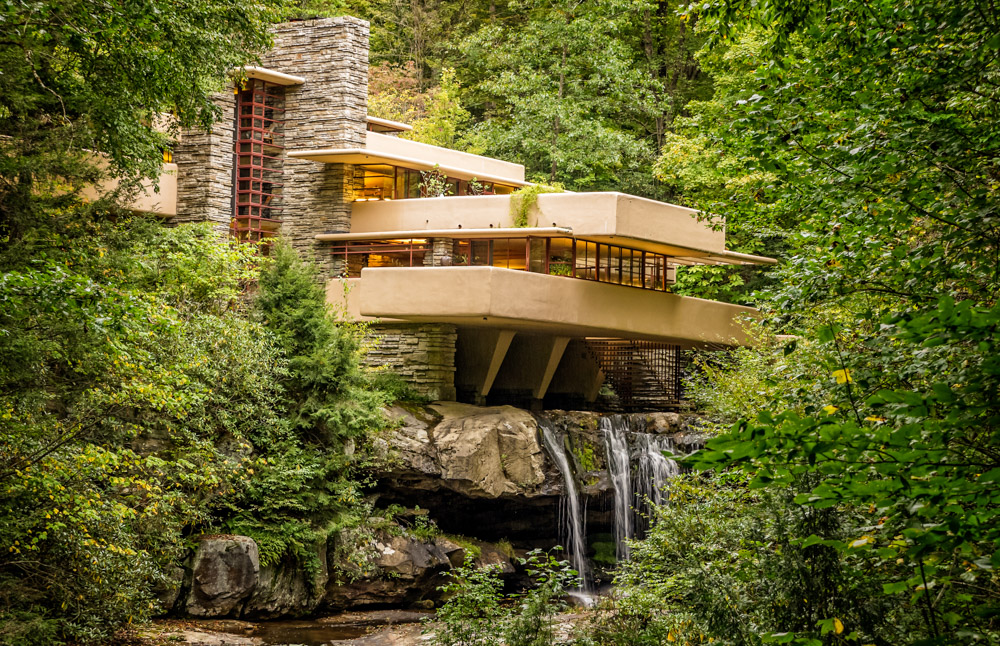 Although we’re not huge architecture geeks, we’ve been on a bit of a roll lately with Frank Lloyd Wright. We toured Taliesin last year, and toured Frank Lloyd Wright’s S.C. Johnson buildings this fall with our Excel group while I was healing. Oma loves water and Fallingwater was close to our next destination (the Shenandoah’s), so we couldn’t miss the opportunity to tour the house built over a stream.

Fallingwater was designed and built as a weekend home for the Kaufmanns, owners of Pittsburgh’s Kaufmann’s department store, in the mid-1930s. Cantilevered over a creek, the house was a key part in revitalizing Wright’s career (he was in his late 60s when Fallingwater was built). 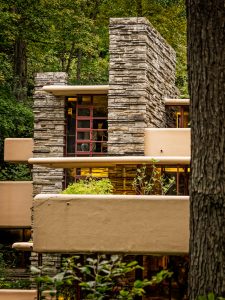 We took the standard one-hour tour of the house. The tour was good, covering most of the main house and guest house. As with most of Wright’s architecture that we’ve seen, it’s not a place that we’d really want to live, but you have to appreciate the extensive use of glass, integration with the outside (most rooms extend naturally to outdoor balconies), and the beauty of the house in its environment.

As seems typical of tours of Wright’s famous buildings, no interior photos were permitted. We were able to take some exterior photos, although getting decent shots of the interior from the outside was very difficult due to reflections. All told, we spent about three hours at the site.

There is apparently a longer tour that may allow more photography, but it was sold out months in advance, so that probably isn’t an option for most people passing through the area. We booked our tour two days in advance which saved us a couple of bucks, although I think you could have walked in (on a weekday in September) and gotten on a tour as long as you were willing to wait an hour or two. 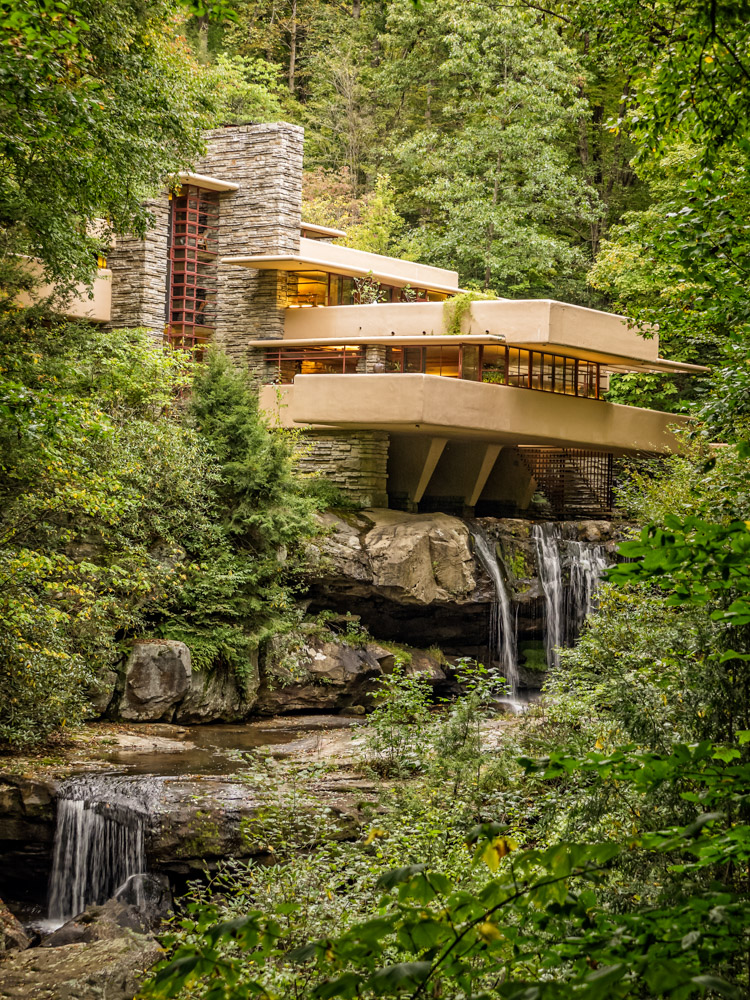