Warning: Parameter 2 to wp_hide_post_Public::query_posts_join() expected to be a reference, value given in /home/customer/www/annieandthebeast.com/public_html/wp-includes/class-wp-hook.php on line 308
 Destination: Washington (DC) – Annie & The Beast
Skip to content 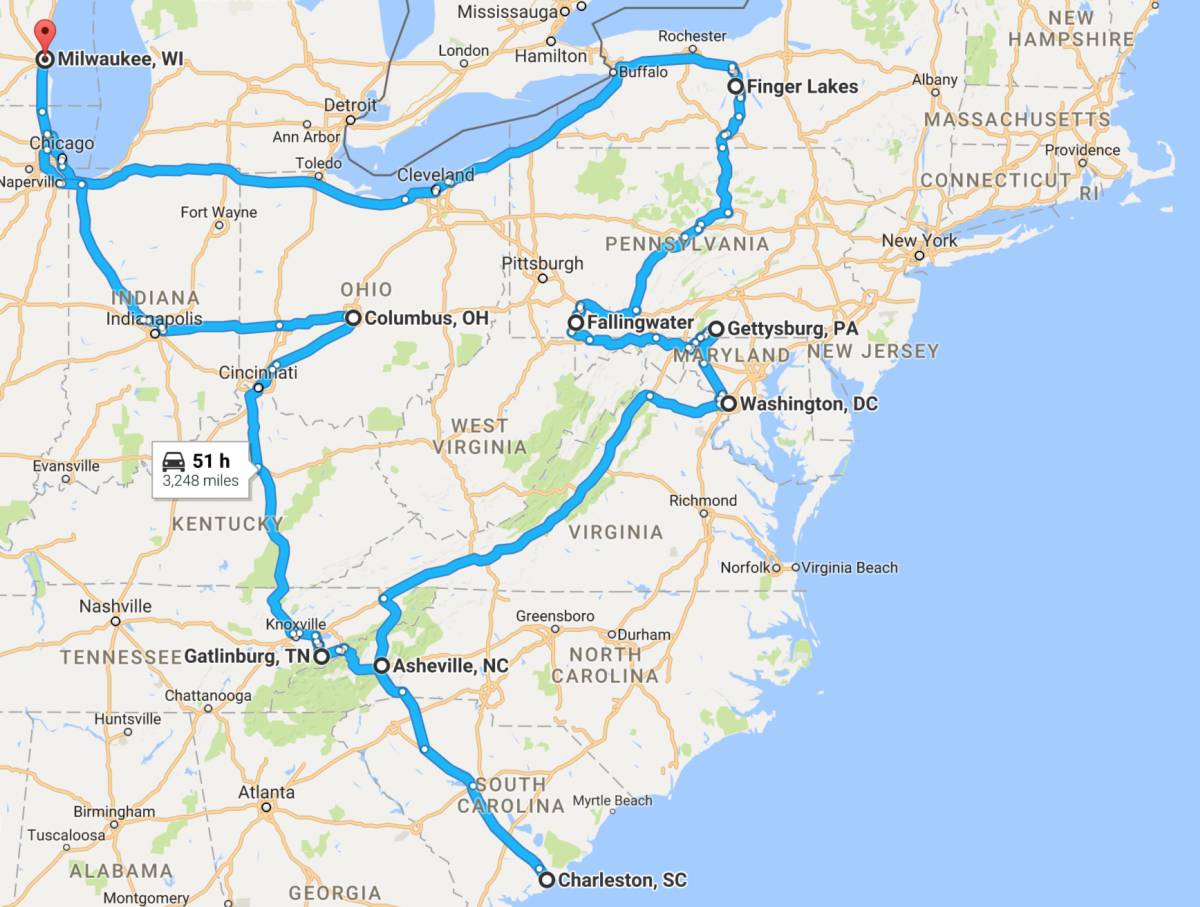 Okay, so maybe the plan was to go west until we hit the ocean. Six weeks of antibiotics and a minor surgery later, that plan is no longer viable. It would be late September by the time we make it to Washington state, and October on the northwest coast and in the mountains is getting pretty iffy weather-wise, especially with the truck camper (not as well insulated and pretty cramped on crummy days).

Time for plan B.

We haven’t spent time in the Appalachians and vicinity for 15-20 years or more. Add in some city time (Washington D.C. and Charleston), throw in fall colors, and we’re hoping it will be a great trip, albeit far different than the one we originally envisioned.

We seriously considered taking the fifth-wheel instead of the truck camper. The biggest reason for the truck camper for this year’s trip out west was the long driving distances in some areas (like the Olympic Peninsula) from campgrounds the fifth-wheel fits in. That’s really not a problem in the east. But I think we’ll stick with the truck camper anyway for its other advantage – the ability to more easily stop at sights along the way. There are a number of attractions that we’d like to stop at for a few hours. With the fifth-wheel, that usually means either staying two nights or rushing before campground checkout time or right after check-in time to squeeze in a visit. With the truck camper, we will be able to maneuver our 25′ size into most parking lots, so we can make stops whenever.

As usual, I’ve laid out a loose agenda, but we’ll have minimal reservations. (We actually have none at the moment, but some attractions and some campgrounds, especially on weekends, and especially during the peak of fall colors, will likely demand advance commitments.) We’re planning for a mix of city and nature (with more of the latter, of course). The big areas we hope to hit are

With our mobility, we’re anticipating a variety of stops along the way, but the destinations above give us a framework to build around. We’ll head generally south, so we should see average highs in the 60s most of the time. We’re anticipating a trip of about eight weeks, at least if we can both stay reasonably healthy that long.

We’re not certain exactly when I’ll get the okay to leave, but I am healing well and mid-September is probably a good bet. Stay tuned.