Warning: Parameter 2 to wp_hide_post_Public::query_posts_join() expected to be a reference, value given in /home/customer/www/annieandthebeast.com/public_html/wp-includes/class-wp-hook.php on line 308
 An Unplanned Dry Camping Test – Annie & The Beast
Skip to content 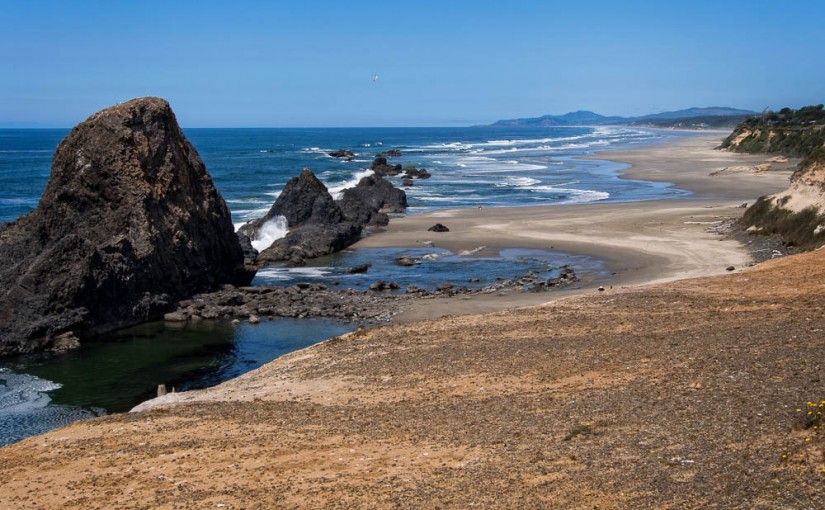 With our extended stay at the marina in the dry camping area, we had an opportunity to test living off of our solar panels while we were still on the coast and before we moved inland. We still have two more dry camping reservations to go this trip, but our seven days of dry camping at the marina were perfect for seeing just what our solar possibilities are.

We had nice coastal weather the first few days. A typical day was foggy or cloudy in the morning, mostly sunny by late morning, and then clouding up in the evening. That meant that we generally had sun during the most important hours of the day, but we didn’t have perfect solar conditions of sunny and clear all day.

We found ourselves with an abundance of power, getting over 300 Ah of solar each day. We used many of our electrical appliances, including the coffee grinder, coffee maker, hair dryer, computers, chargers and TV daily. Oma did some sewing with her sewing machine. We used the microwave a few times, the panini grill twice, the toaster once, ran the dishwasher and made bread with the bread maker. While we did make a few adjustments while living off of the grid, the impact to our lifestyle was pretty small.

Half-way through our week, the weather changed. I had gotten used to clouds in the morning, so we started off without much concern for power. Coffee maker; toaster; hair dryer – all got used off of solar+batteries. But by noon, there was no sun in sight and the overcast was as thick as ever.

Belatedly, I put the generator on for 45 minutes. This delayed our lunch plans, but we clearly were not going to get enough solar power to recharge our batteries unless something major happened with the weather. Good thing, too, as the weather stayed overcast. By the end of the day, our battery was 92% charged and we had gathered 225 Ah of solar power. That wasn’t bad for an overcast day, but we’d gotten used to using over 300 Ah each day, and definitely needed the generator to make up the difference. Had we cut our power use significantly right away in the morning, we might have been able to manage without the generator. And in any event, less than an hour of generator time was enough to make up a lot of the difference.

(An amusing aside – with 25 out of 27 campsites empty in the dry camping section, some … person … pulled into the site next to us midday. All that open space, and they have to park right outside our door? We couldn’t believe it. They left about 20 minutes later. While we don’t know what they were thinking, it happened to be while we were running our generator. We try not to be obnoxious (do unto others …), but I have no regrets if our generator inspired them to find a different place to camp.)

The next day we put the generator on when Oma made coffee, no longer taking sunshine in the afternoon for granted. We let the generator run for about 45 minutes again, which was enough to make up for our deficit the day before. With a few hours of afternoon sun, we had fully charged batteries again in the evening. And for our last full day, we had heavy overcast all day and occasional light rain. Only 130 Ah was collected by our panels that day, and even with about 75 minutes of generator time, we ended the day with our batteries only around 90% charged.

The variety of weather really gave us an opportunity to test our solar system, at least under summer conditions. It’s clear that we will have an abundance of power on long, sunny days (if there are no trees or obstacles nearby). We can run the microwave, the panini grill, blow dry hair, make coffee, use our electronic devices to our hearts’ content and still have fully charged batteries at the end of the day.

On cloudy/rainy days, the generator is still necessary. On our worst day (heavy overcast and light rain), we captured only 130 Ah, which replaces about half of our normal daily electricity use. The good news is that only an hour or so of generator time was required to make up most of the difference – still much better than running the generator for several hours each day. (Because of the way that batteries work, generator (or shore power) recharging is faster when the batteries are discharged and slower as they get recharged. First thing in the morning, during the first hour we can typically charge the batteries with about 70-90Ah (replacing about 1/3 of our daily dry camping needs). The next hour only replaces about 30-50Ah, and fully recharging (100%) the batteries from the generator isn’t practical for us since the last few hours of generator time would contribute only a small amount of additional charge.)

I’m really pleased with our 1,000 watts of solar panels. We had a quiet, beautiful dry camping spot for a week, and without the solar panels we would have been packed into the full-hookup sites – without a view – for the duration. We also saved $100 in camping fees by dry camping for the week. We have eight more days of planned dry camping coming up. That will be interesting; unlike our location on the water, with those sites we may have to deal with another challenge … trees shading our solar panels.