Warning: Parameter 2 to wp_hide_post_Public::query_posts_join() expected to be a reference, value given in /home/customer/www/annieandthebeast.com/public_html/wp-includes/class-wp-hook.php on line 307
 Alum Creek State Park (Delaware, OH) in early Spring – Annie & The Beast
Skip to content

Most of the Alum Creek State Park campground was closed when we were there. Only portions of a few loops were open. This wasn’t a big problem – when we were there, only about 25% of the sites were taken on the busiest day.

We had called the office before arriving. The campground office was closed, and the main office was full of misinformation. Not that they were exactly wrong on most of what they told us … they just left out key information. For example,

“Loops A & J are for ‘walk-ins’ (drive-ins?)” – true in peak season, but loop J was closed altogether and the other open loops were all walk-in according to the reservation site (it appears that reservations begin April 1 in 2015).

And so on. Bottom line, if you talk to the main office, double check everything they tell you.

The sites have 50 amp service but no water or sewer. The first site we checked seemed to have mud or something in the 50 amp ground slot, but with many sites open we just chose a different one. There is a dump station, but due to either the cold weather or lack of maintenance in the winter it was having issues.

Spacing between sites was generally good, and the campground is wooded. It was very quiet, although we were surprised at the number of people driving through the campground during the day. We speculated that it could have been people looking at campsite options for later in the summer, but it did make us a bit nervous when a beat-up pickup made frequent stops and watched us leave the campsite to visit my sister. No issues though.

Due to the very cold weather (below freezing) and our focus on spending time with family, we really did not explore the park at all.

Overall, it was basically what we expected from a state park. Having 50 amp service available was nice, and this will be our first choice the next time we visit central Ohio. 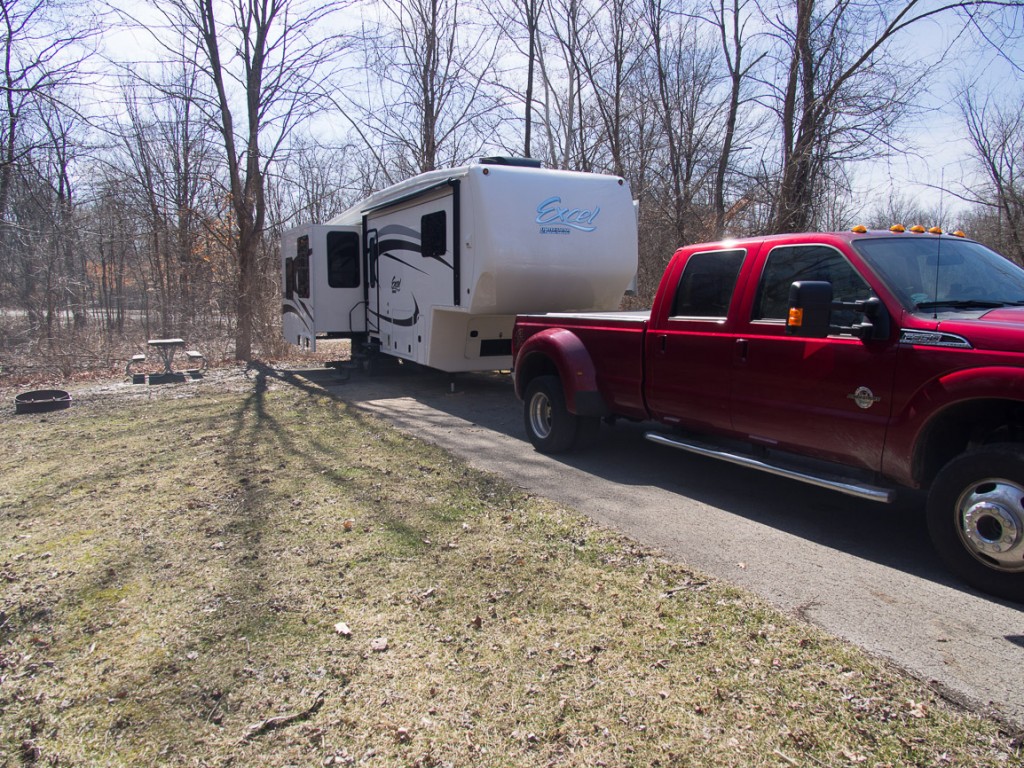