Warning: Parameter 2 to wp_hide_post_Public::query_posts_join() expected to be a reference, value given in /home/customer/www/annieandthebeast.com/public_html/wp-includes/class-wp-hook.php on line 307
 The Great Smoky Mountain Railroad – Annie & The Beast
Skip to content 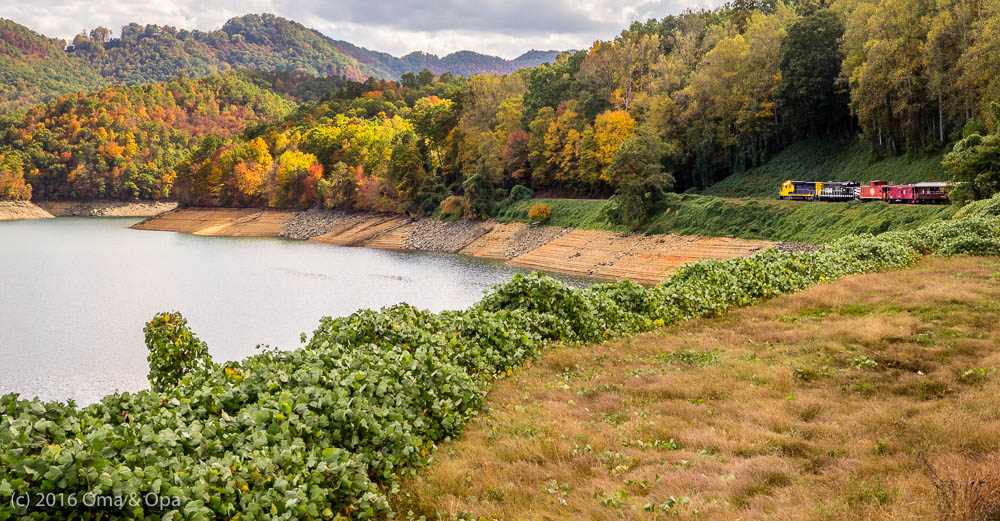 Oma and I enjoy scenic railroads, so with me unable to do much hiking, we decided to ride the Great Smoky Mountain Railroad one day. The railroad owns 53 miles of a former branch line of the Southern Railway.

The railroad has several different trips. We chose the ride down to the Nantahala River with a stop at NOC (the Nantahala Outdoor Center). This was a mecca for whitewater in the region, and at the time Oma and I were paddling whitewater, sported several restaurants, lodging, paddling instruction and rafting. NOC also sits on the Appalachian Trail and services thru-hikers. We hadn’t been to NOC for many years and were looking forward to seeing it again.

We chose to ride in an “open” car, which had a roof but open sides (no windows), since the weather was nice and we wanted to take pictures. The cost was $55 per person (including a $4 per person premium for the month due to it being fall color season). Seating was not assigned, and they ask everyone to switch sides for the ride back. 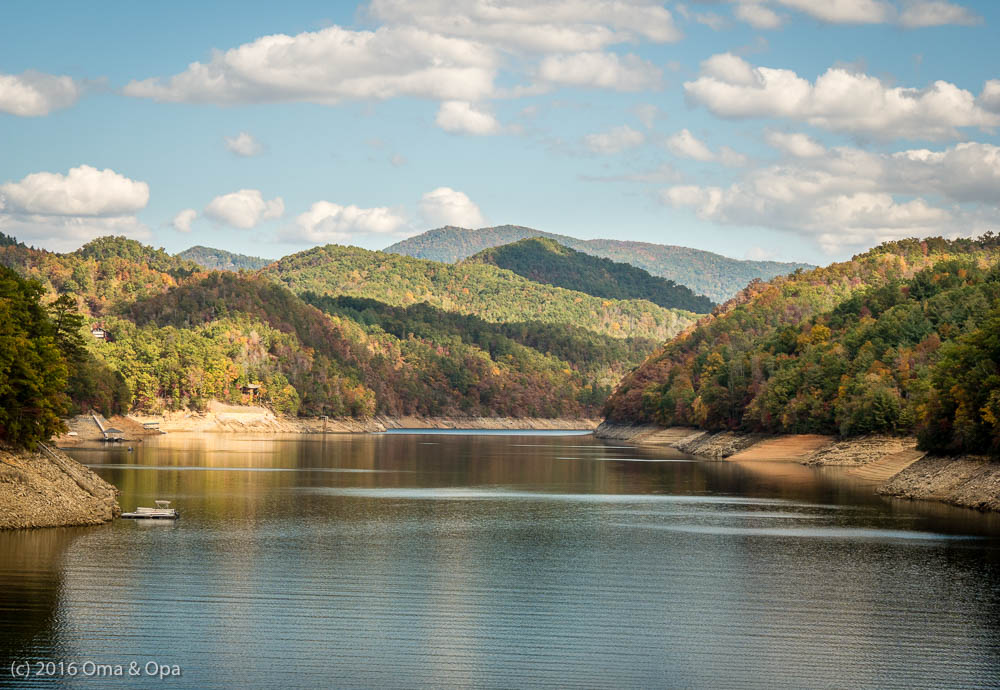 We thought the scenery was underwhelming, especially for late October which we were paying a premium for. The right side (on the way down to NOC) had only a minute of interesting scenery (in my opinion at least) for the entire trip down, although the left side was better. Tons of kudzu on both sides. Not that it was completely terrible, but as far as the $/scenery ratio, it was definitely not among our favorite train rides.

Our stop at NOC was less than an hour. I was sad to see that the “good” restaurant (Relia’s) has been closed for about five years. It was hard to tell how good or bad NOC is doing since late October is not exactly high season. Visiting NOC and the train ride along the river did bring back memories from our paddling days. 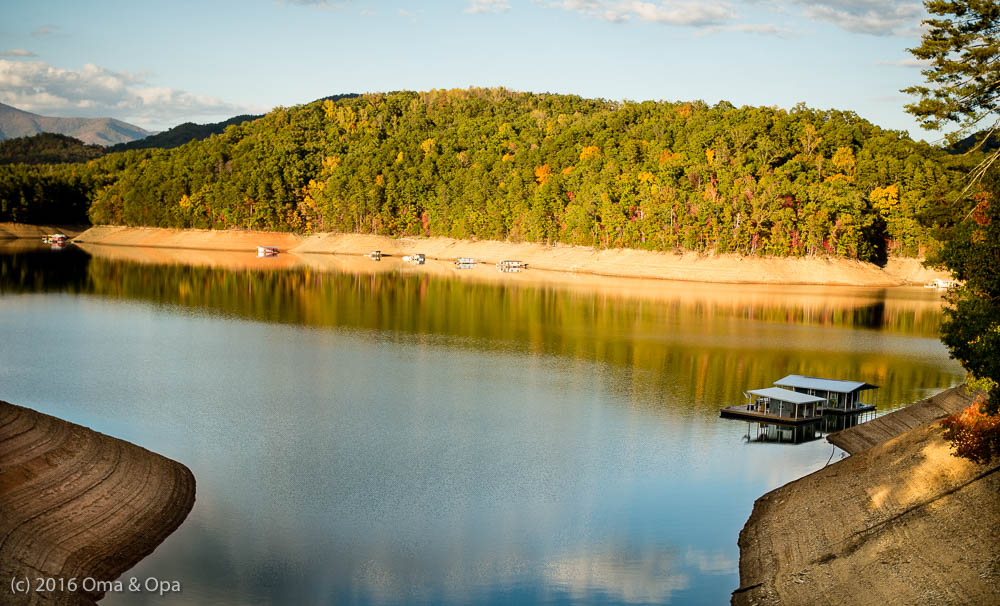 All-in-all it was a pleasant enough day, and we don’t regret taking the train. However, neither of us would take the Great Smoky Mountain Railroad again next time that we’re in the area.