Warning: Parameter 2 to wp_hide_post_Public::query_posts_join() expected to be a reference, value given in /home/customer/www/annieandthebeast.com/public_html/wp-includes/class-wp-hook.php on line 307
 Talkeetna – July 2018 – Annie & The Beast
Skip to content 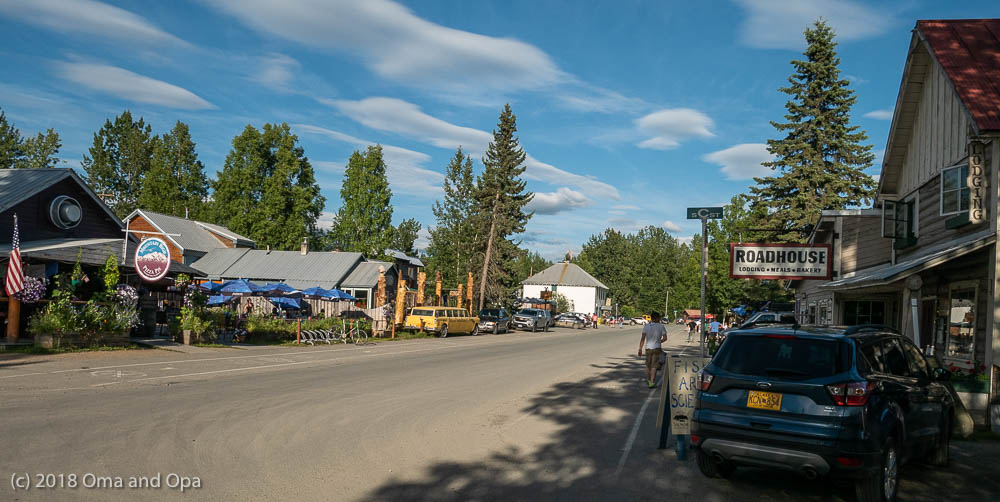 We have reservations in Denali National Park for August 1st. These were the only reservations that we had made in advance for this trip. We’ll be staying in the park for a week without services. So we needed to do a little planning to ensure a good time.

Our first stop would be in Anchorage to do a little more grocery shopping at Costco. After that we headed for Talkeetna Camper Park for two nights. This would bring us at a nice distance from Denali without driving too much and give us a last minute chance to get laundry done, waste tanks emptied and fresh water filled. And I wanted a little time to check out the town and search for a possible “Denali” view.

There are bus-loads and train cars of people dumped into Talkeetna. Sure, it’s a cute enough town, but there’s not much to it and we wondered if this town was created simply as a tourist stop. As it turns out, Talkeetna has a long history that dates back to being an important railway town. And like so many of the other towns, there was gold mining going on. 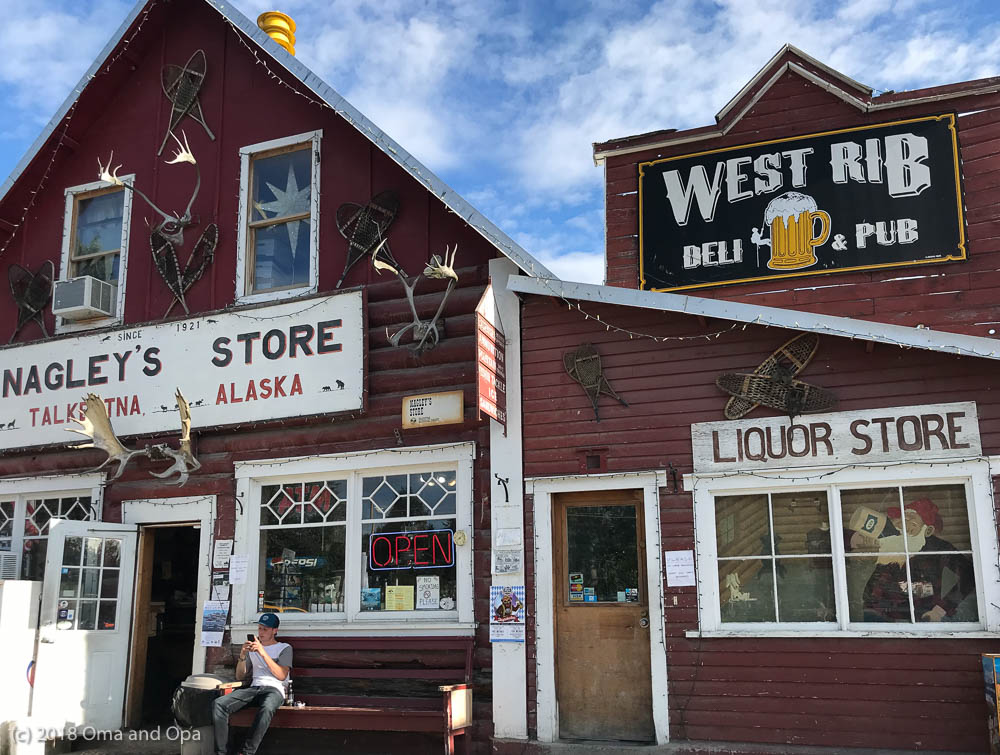 Some of the original buildings are still there and a few more recently built with the same character that it was established with. I guess there was a lot of woodworking going on there back in the day, and the town has some really nice buildings with lots of great wood work.

So we set up camp in our assigned spot and noticed immediately that the trains were literally right behind us. Opa loves trains so that was exciting at first. But then there were more trains blowing their whistles at some odd hours than I cared to hear. And so many cruise line buses, all picking up and dropping off loads of people. Two nights!

The next morning, we slept in and enjoyed a big breakfast before I started laundry and some overdue cleaning. Finally, we were done in the late afternoon and had time to walk into town and enjoy it a little.

The first thing I wanted to do was walk down to the riverside park and see if we could see Denali. We looked over the confluence of the three rivers and saw a mountain range and a lot of clouds. I was disappointed. I did not see Denali.

Then we walked to the ranger station just in the nick of time (they were closing in five minutes). This is where the Mt. McKinley climbers begin planning and preparations for their climb. We got more information about the National Park and any interesting places along the way, and by the way, can you actually see Denali from here some place? She said yes, it was out today. And Opa said we were looking at it. But I actually had a very hard time seeing it.

So we went back and this time I saw it. The colors of blues, whites, and grey, of mountains and clouds all swirled together visually for me. As usual, I had a hard time processing it. But finally I saw it. And it was pretty magnificent! We took pictures and headed back into town.

We wanted to enjoy a meal out and I wanted to check out the shops a little. Most of the tourists were clearing out now, and wouldn’t you know it? The shops are closing! I had 5 minutes to browse but I noticed it was a nice shop with lots of art and I might have had an interest but it was too late. Oh well. We went over to the Denali Brewpub to relax with a couple of drinks and great food.

Then I wanted to head to the river one more time to see if there was a change in Denali’s appearance. Sure enough, the peak was clearly visible this time. We took some more pictures and I was pleased that I saw “The Great One”!

As we were heading out of town towards our campground, we grabbed a couple of ice cream cones. We were heading down the road slowly arm in arm and with an ice cream in hand and watched as another tour  bus was loaded and headed out. One of the Princess Travel staff was standing there, giving us a look and questioned us, “Where are you going?” For a moment I felt like we were bad kids about to be reprimanded for missing our bus. I told her, “To our campground.” She replied, “Oh.” I hope she felt stupid. There is more to life than traveling with Princess.

We headed out the next morning and everything was clouded in. There were no views to be seen today! Glad I looked three times the day before.