Warning: Parameter 2 to wp_hide_post_Public::query_posts_join() expected to be a reference, value given in /home/customer/www/annieandthebeast.com/public_html/wp-includes/class-wp-hook.php on line 307
 Sprinting Home – August/September, 2018 – Annie & The Beast
Skip to content 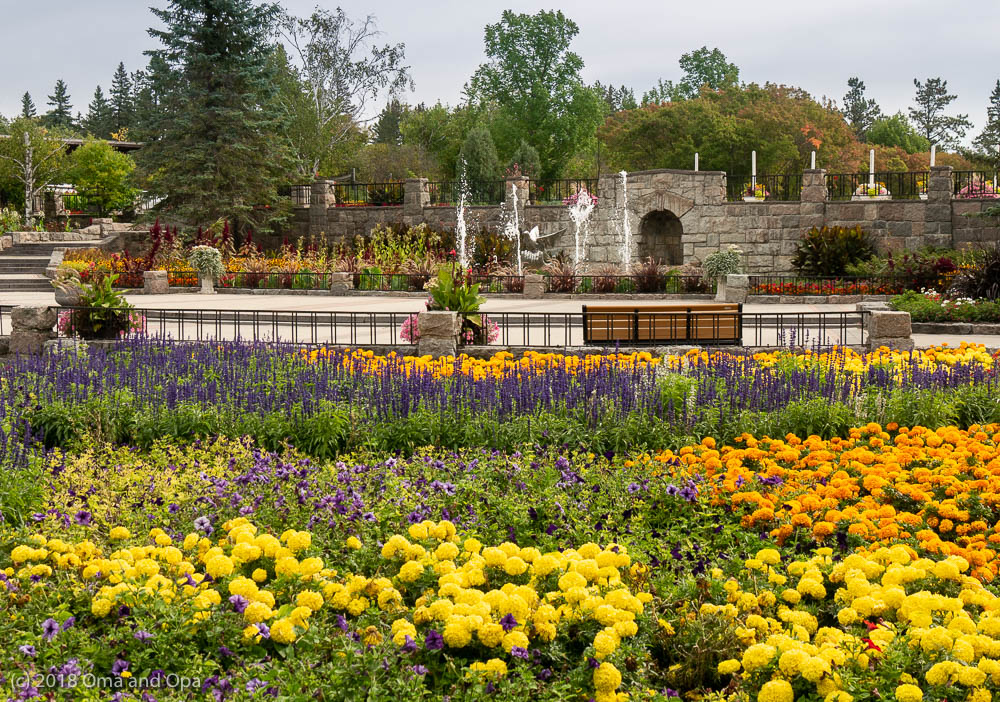 With that decision made, we stopped for the night at Purden Lake Provincial Park, the first provincial park east of Prince George.

Having decided to skip the national parks, our focus shifted to just getting home. The following day, we retraced our steps along the Yellowhead highway back toward Jasper. We were hoping Mt. Robson might be visible (it was mostly in cloud when we stopped on our way to the Alaska Highway), but it was even cloudier on our way east.

We did get lucky near Jasper and stopped to watch pronghorn antelope enjoying themselves near a bridge. It was a great break during our long driving day.

After enjoying the antelope, we continued through Jasper National Park and stopped for the night at Nojack County Campground, west of Edmonton. Some sites were nice although others seemed overgrown. It was also a little weird since we were the only people in the campground. Road noise was slightly annoying (the campground was right along the highway), but it worked fine as an overnight campsite.

The next day we continued our trek east. We passed through Edmonton mid-morning. It was surprising that the Yellowhead Highway (the major east-west highway) through Edmonton (population around 1,000,000) is still city streets with frequent traffic lights. We stopped for lunch in Elk Island National Park, hoping for a view of the bison. We drove the loop closest to the highway and drove to a picnic area a little further in. Unfortunately, the bison were hanging out elsewhere in the park. It was a peaceful lunch stop though and broke up our sprint east a little bit.

After lunch we continued east to River Valley RV Park in Langham, Saskatchewan. This was a very nice rv park that seemed to have a large contingent of full-timers who stay here in the spring/summer/fall and head south in the winter.

In looking at possible border crossings, we stumbled on the International Peace Park, located between the USA and Canada. We hadn’t heard of it before, and it offered camping in between the U.S. and Canadian borders. So we packed up for another longer day of driving to make it across the Canadian border and into no-country’s land.

We reached the border around 5:30 pm. It was late enough that no one was at the park entrance. Although our dog and cat were restless, we drove around the northern loop in the park, which was basically through woods with a hiking trail that we skipped (the walk would have been nice but the animals needed to settle) and a couple of picnic areas. After that, it was definitely time to get the animals fed and settled, so we headed to our campsite. Which left a lot to be desired.

We had decided to save $5 and get an electric only site. Big mistake. The electric and water sites were mostly very nice. The majority had very good privacy in a scenic loop in the woods. The five electric only sites were basically a gravel parking area with zero privacy and tight spacing. Fortunately there was only one other trailer in the electric-only sites and it was unoccupied. That didn’t make the site any nicer, but at least we were not on top of our neighbors and touching slides. We could have moved, but we were only going to be parked there for the night and decided to just stay put for the few hours of daylight that we’d be there.

There are many attractions including a Peace Chapel, Memorials, a floral clock, a formal garden and sunken garden, a historic lodge, hiking trails, and lakes to canoe or kayak in. The formal garden displays a wide variety of colorful beautiful flowers around and between lovely fountains. Everything is designed to give a sense of calm and peace. However, the memorials remind you that war is horrific and we do not want to repeat history’s mistakes. This place is beautiful and it is a great place to visit and picnic in. It was a great place in between the borders.

By this point it was time to head toward home. We crossed the border into the USA, which was unfortunately very quiet. We answered the usual questions, then, since no one was behind us, the customs agent decided to take a look in our refrigerator. Fortunately, we’d been truthful in answering questions and pretty careful with the produce we had, so after his refrigerator inspection and an explanation of the dead body (err, knotty log) lying on our bed, we were allowed back into the lower 48.

Our last two sightseeing stops of the trip occurred shortly after the border. We almost immediately came upon the W’eel Turtle, a turtle sculpture made from wheel rims and apparently the largest turtle sculpture in the USA. It’s located just north of the first (or last) gas station from the border. Oma amused herself while I was fueling.

After that stop, we drove as long as the animals could manage before stopping at a Walmart for our overnight. With home now single-digit hours away, we left early the next morning and made it home around 5:00 pm, officially ending our trip to Alaska and back.