Warning: Parameter 2 to wp_hide_post_Public::query_posts_join() expected to be a reference, value given in /home/customer/www/annieandthebeast.com/public_html/wp-includes/class-wp-hook.php on line 303
 Snowbirding – Annie & The Beast
Skip to content 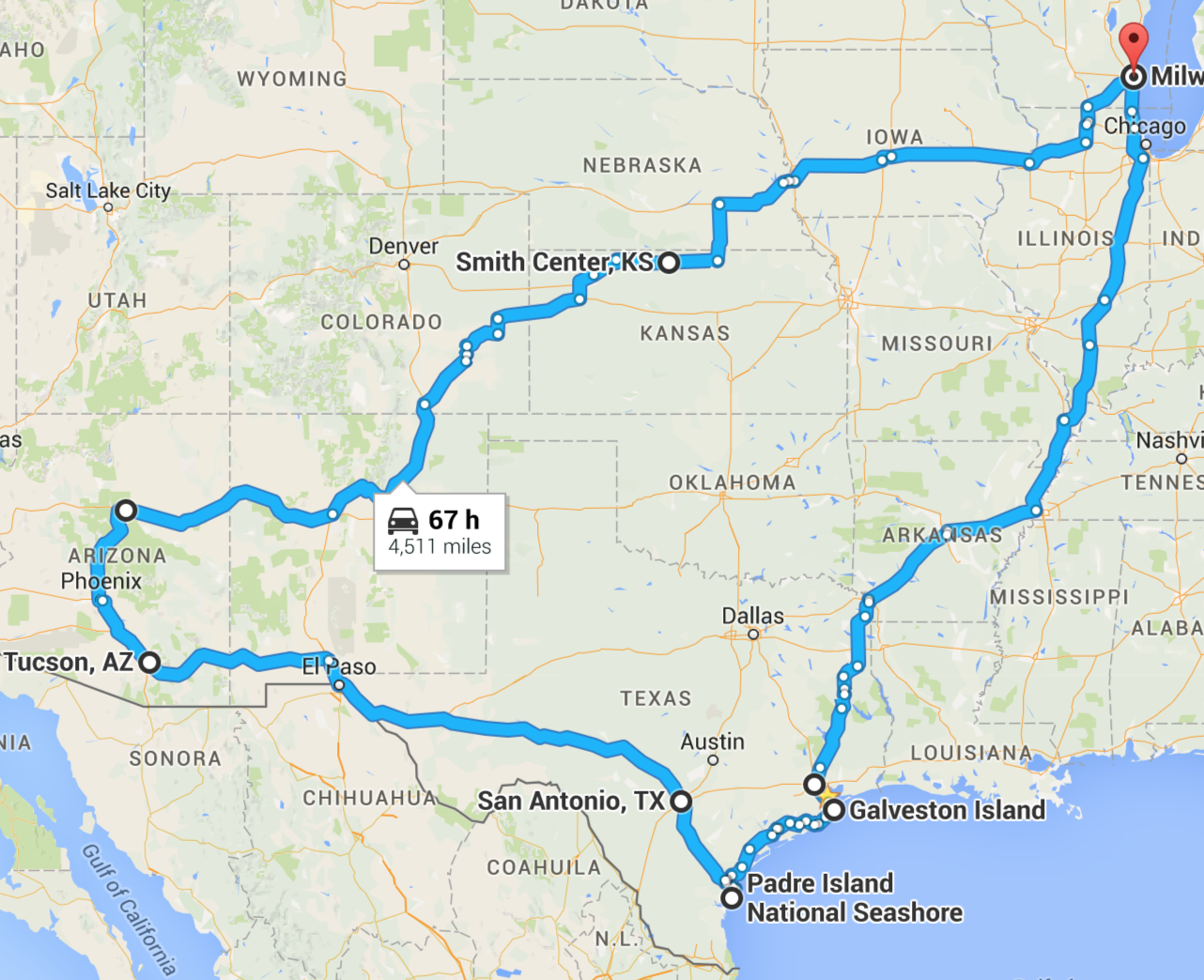 After our granddaughter’s birthday, we’ll tackle something new for us – being snowbirds. We’ve never had a trailer/rv out in true winter (January/February) before, and getting safely from the cold and ice of the upper-midwest to the relative warmth of the south introduces new complications.

Unlike last time, for this trip we are mostly winging it. We have two reservations for the entire trip (and one is for our daughter’s driveway). We’ve given ourselves almost two weeks to get from home to Houston, but we won’t be able to leave until we have at least two days of decent traveling weather. That basically gives us one week of buffer before we start falling behind plan.

If time permits, we’ll meet with a full-timing couple north of Houston that we met last year. Then down to our daughter’s house. From there, we’ll head to Galveston Island, camping with the grandkids over the following weekend. After that, all plans are tentative. We’d like to spend some time at the Padre Islands, and hope to camp there if the weather isn’t too windy. From there, we’ll head to Tucson, hopefully with a stop in San Antonio to see friends. There is also a chance we might connect with a cousin who will be in Texas during at least part of the time we’ll be there.

In Tucson, we hope to connect with another cousin. Other than that, our Arizona plans are to just spend several weeks exploring the southern half of the state before heading to Kansas at the end of March for a service appointment for our trailer and then home.

This trip is only two months, and we’re not planning to pack in quite as much “stuff” as the last trip. But we’re not ready to sit ourselves in one (warm) place for two months yet, so there should be plenty to see.