Warning: Parameter 2 to wp_hide_post_Public::query_posts_join() expected to be a reference, value given in /home/customer/www/annieandthebeast.com/public_html/wp-includes/class-wp-hook.php on line 307
 San Antonio – Where is Everyone? – January 2018 – Annie & The Beast
Skip to content 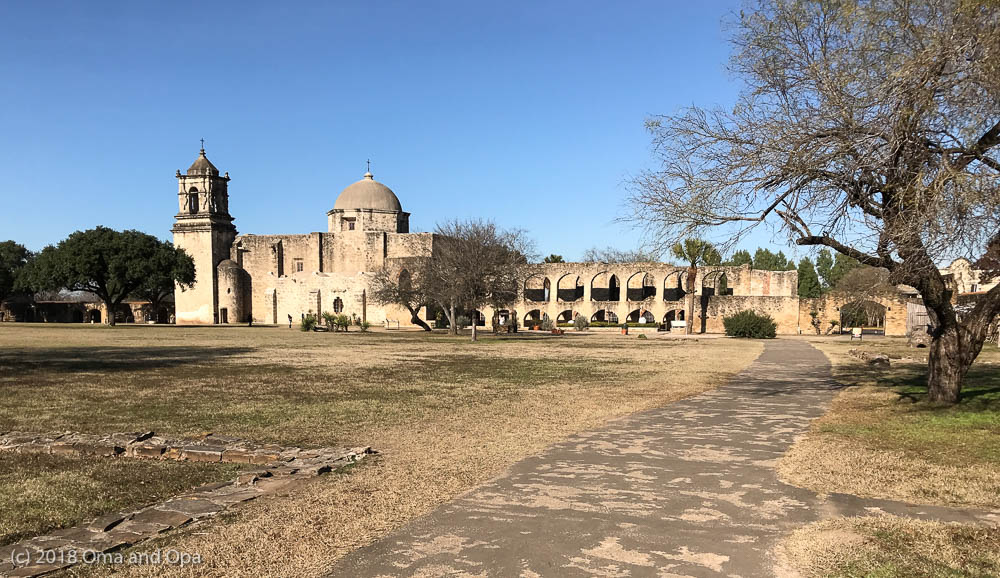 For some reason, San Antonio was the place to meet people the last two years. We have friends that live here that we always visit, but our first year we also met my cousins from Ohio here, and last year we met my cousins again and some full-time friends of ours. This year, other than our San Antonio friends, no one else was here yet.

After nine days on our daughter’s driveway, it was nice to have a site with sewer hook up. Oma and I were both still under the weather, so we stayed three nights (two days, essentially) so that we could rest a little as well as do some sight-seeing.

The good news is that we were able to get into Traveler’s World this year (last year they were fully booked). That put us close to the missions and conveniently on a bus line if we wanted to go downtown.

We had a very nice dinner with our friends at a local pizza place that has fantastic pizza. (The restaurant makes their own mozzarella and burrata, so it’s not typical American pizza.) I used to work with both of them, and one still works for my former employer, so it’s great to catch up and hear what’s going on with both their personal and professional lives. 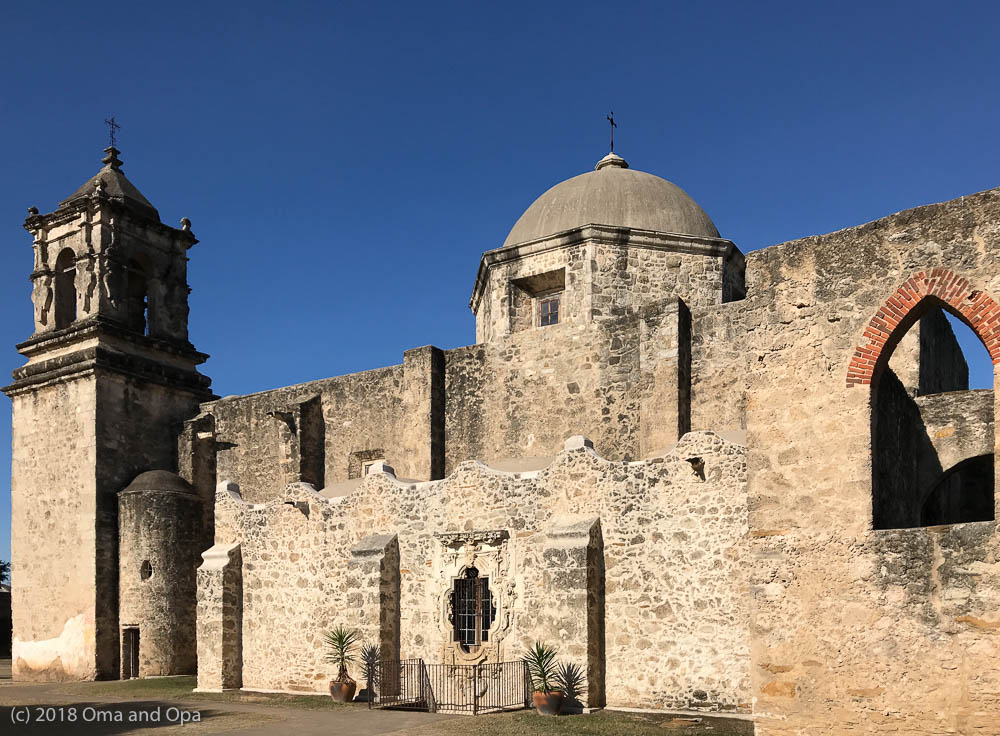 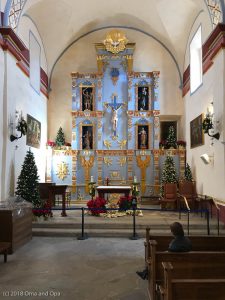 We took time one day to visit Mission San Jose. We’d visited all the missions a number of years ago and were not up to repeating that, but we did spend time at the visitor center and wandering around the mission. 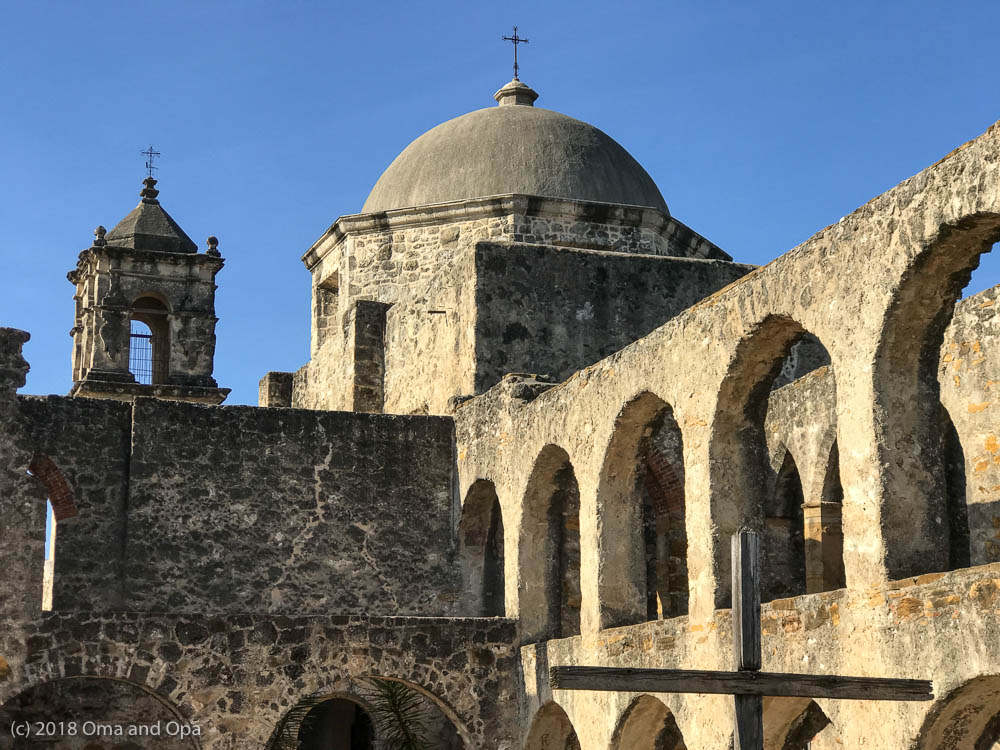 We also took the bus downtown for dinner. We’d heard the riverwalk had special lighting for Christmas and we wanted to see it lit up at night. The bus ride down was a lot more convenient (and cheaper) than trying to cram the 22′ long pickup into a downtown parking lot. The bus ride back was more interesting – some of the other riders were quite social (perhaps trying to make up for us not meeting other friends and family this year?) and had some interesting history that they were very freely sharing with us. 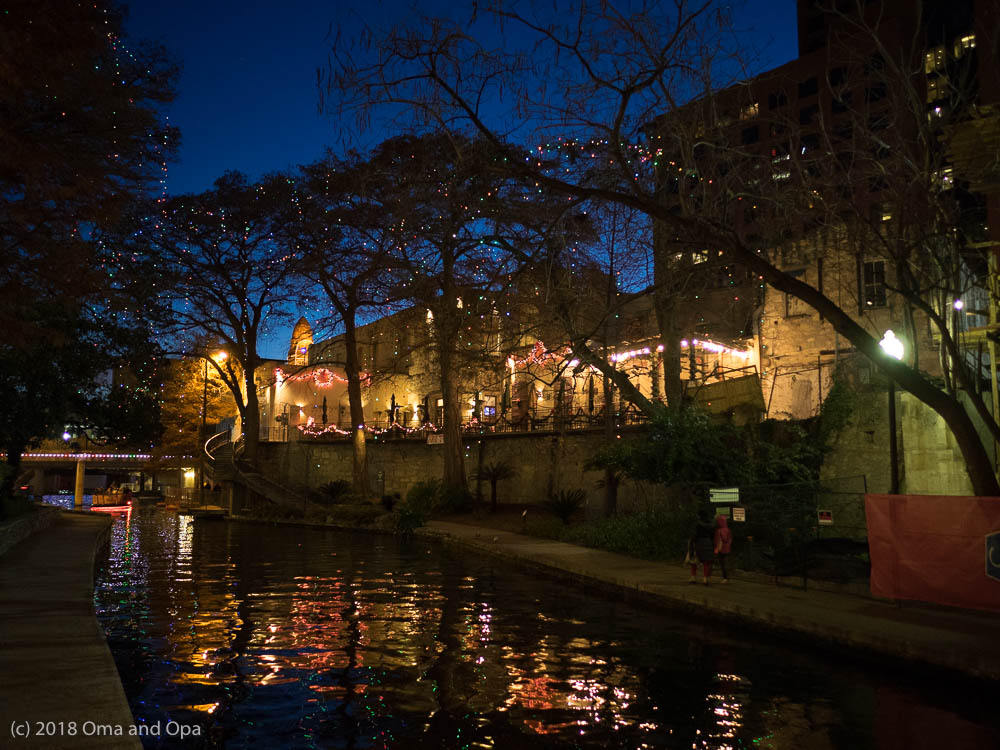 After a nice dinner downtown (inside – it was too cool for us to eat outside), we wandered along the riverwalk for a while. The lights were nice but not spectacular. Oma thought that they added to a very magical atmosphere. Worth seeing once, but I don’t need to make a special trip downtown to see them again if we’re back in San Antonio at this time of year. 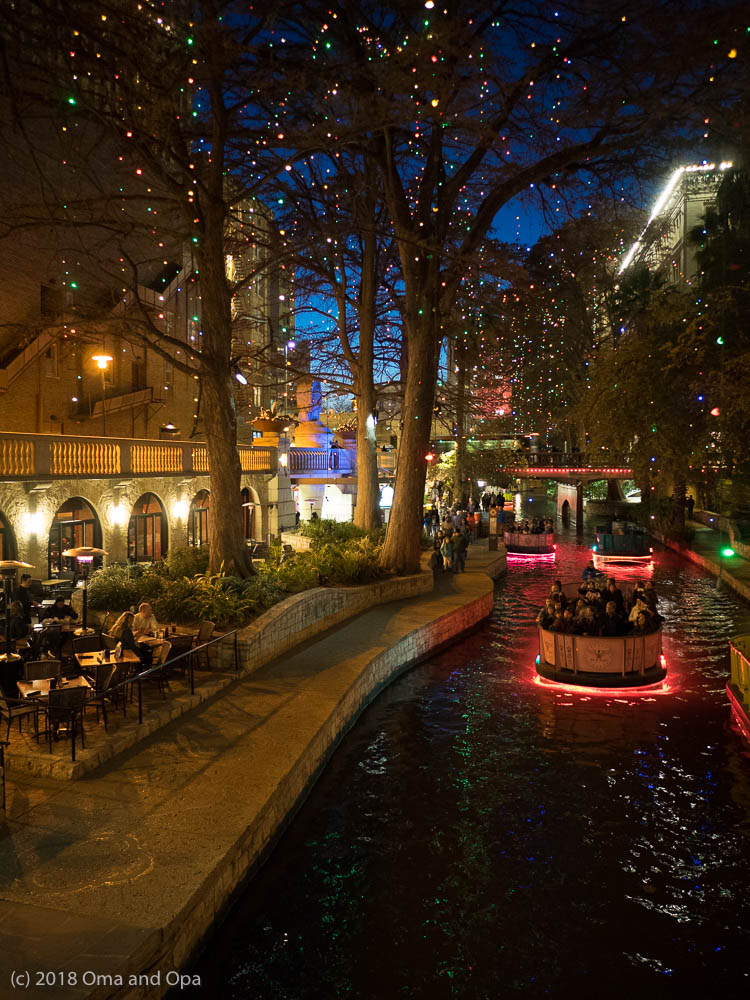 It was great to catch up with our friends, and it was also nice to have a bit of down time before heading farther west. From here we’ll be covering new territory for us, and we’re looking forward to seeing parts of Texas we haven’t been to before.