Warning: Parameter 2 to wp_hide_post_Public::query_posts_join() expected to be a reference, value given in /home/customer/www/annieandthebeast.com/public_html/wp-includes/class-wp-hook.php on line 303
 On the road again – Annie & The Beast
Skip to content

Finally! After more than a month and a half of being stuck at home, we’re back on the road. That’s the good news. The bad news is that I have more weeks of healing before my wound is fully closed (estimates range from ten days to more than a month). So we’re adjusting our plans … again.

We decided the best option is to take the fifth-wheel instead of the truck camper since I’m not healed. I have to keep the dressing dry when showering, which is harder in the truck camper. A bedroom with bed access from three sides makes it much easier for Oma to change my dressing. And since I’m still healing, we’re also planning on a slower pace (suitable for the fifth-wheel) than we were hoping for when I wrote the last update.

The new plan isn’t hugely different than the previous update. The biggest change is to drop Washington D.C. and nearby points (like Gettysburg). That will give us time to slow down and park the trailer for an extra day or two as needed. Here’s a rough travel plan of the revised route. 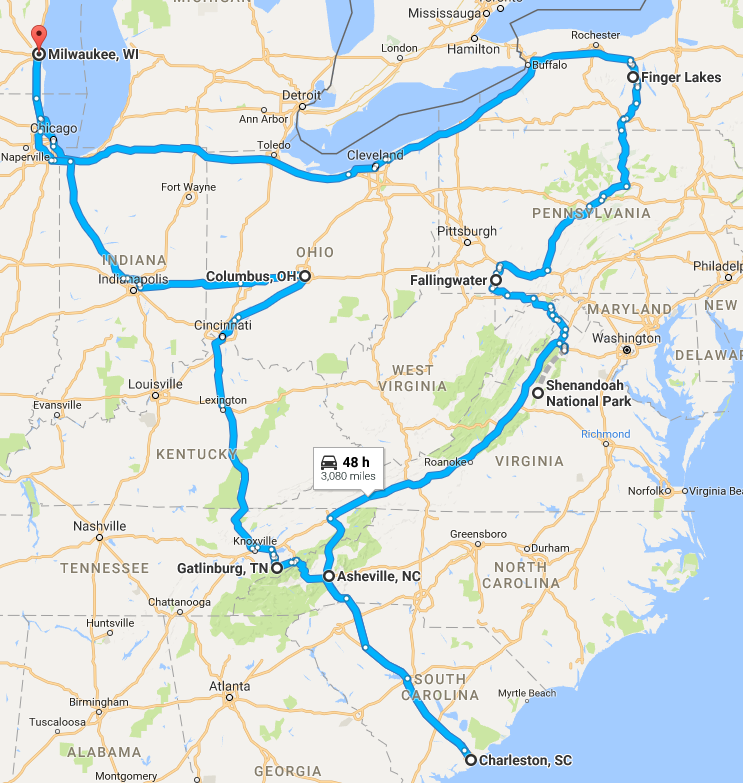 With the fifth-wheel, Oma won’t get to camp in as many park and forest campgrounds. But practicality – and getting on the road at all – is more important to us at the moment. Hopefully we have no more “involuntary” changes to our trip plans for the remainder of the year.

Our first major stop will be the Finger Lakes region of New York state. Stay tuned.

4 thoughts on “On the road again”