Warning: Parameter 2 to wp_hide_post_Public::query_posts_join() expected to be a reference, value given in /home/customer/www/annieandthebeast.com/public_html/wp-includes/class-wp-hook.php on line 307
 Moving on to Tucson – Annie & The Beast
Skip to content 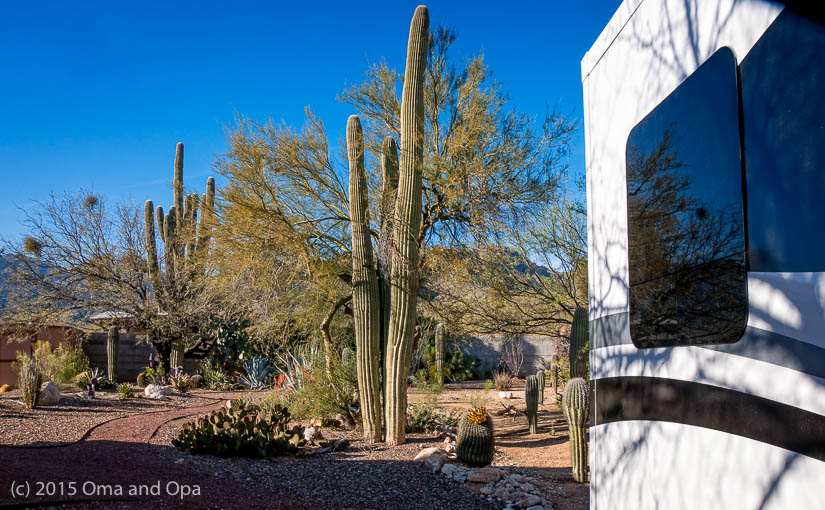 We left City of Rocks and spent two nights at the Escapees Park in Deming, New Mexico. We needed a little time to recombobulate and do a little housekeeping and laundry. Although, it was little more than a gravel parking lot, it had plenty of space between sites, had the full hookups that we needed, and had a wonderful group of people. After this stay, we felt good about continuing on our planned journey.

I have a cousin who lives in Tucson and he very generously offered to let us park our 5th wheel, Annie, and the Beast in his yard in Tucson. Previous owners had set up an area with ample space and with water and electric hookups along side the house. Even better, he lives in the foothills of the Catalina Mountains and has great views of them and other surrounding mountains of the area. His backyard is beautifully landscaped with native flora of the area. So everyday, I feast my eyes on several large saguaros, many varieties of prickly pear cactus, aloe, agavi, and other beautiful cacti and succulents. Quail run through the yard, and mourning doves call. And then I lift my chin ever so slightly to view the rugged Catalina Mountains and Bear Canyon as well. With beautiful sunny skies and a slight breeze, I feel that I must be in paradise. 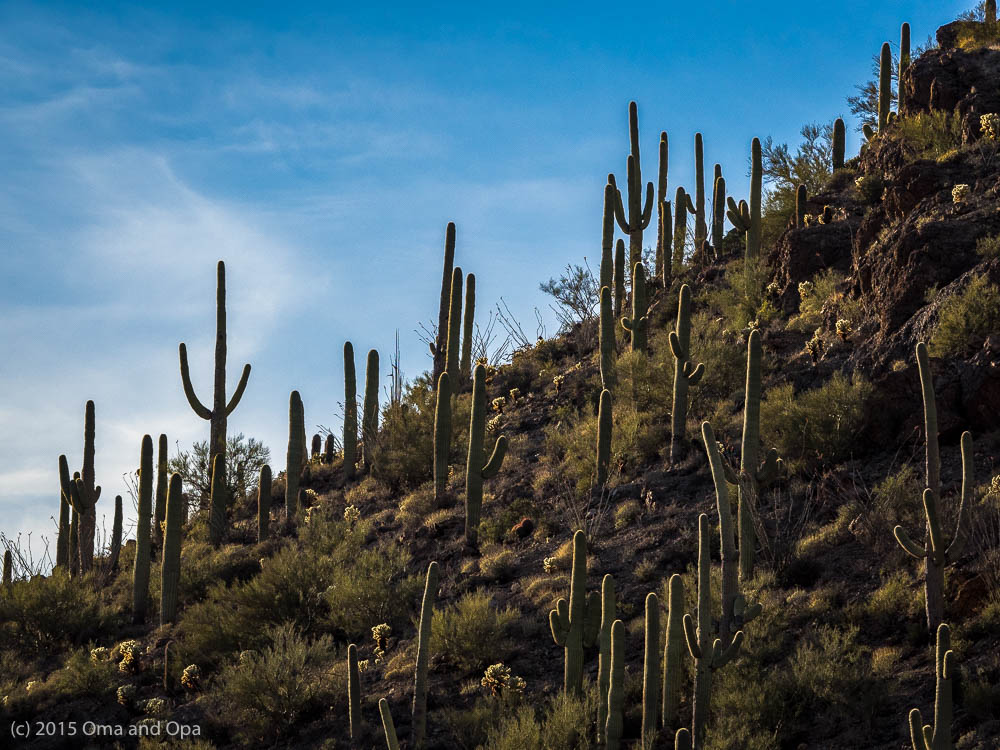 The first two days were spent sharing good meals, gabbing and catching up, and taking the dogs for walks. Coda very quickly fell in love with these new people (maybe because they handed out lots of dog treats) and their dog. I was so grateful to catch up on more family history and my cousin has a lot of information. My cousin had to travel a lot for his job, and me living my chaotic life left us little time to keep in touch through the years. Being retired has some great benefits. I am now able to mend some of those loose ties and truly enjoy them. He and his lovely wife have been great company and super guides to some of Tucson’s finest attractions. His wife is one of the most wonderful women I have ever met and we have been enjoying lots of quality time together (which includes shopping and cooking), and finally getting to know one another.

We spent several days checking out some of the wonderful things Tucson has to offer. On one of the days we drove to the San Xavier del Bac, a historic Spanish mission that is more than 300 years old. Often called the “white dove of the desert,”  it is constructed of low-fire clay brick, stone and lime mortar.  It is the oldest intact European structure in Arizona, and the church’s interior is filled with stunning original statuary and mural paintings.

It is as beautiful on the inside as well as the outside. Outside in the parking lot, another special treat awaited us. There were several stands with the locals making fresh fry bread, any way you want it. Opa and I shared an Indian taco with green chile and fresh toppings and one with cinnamon and sugar. What a delicious way to end our visit.

Our next visit was to the Saguaro National Park. Actually, the park is divided into two sections, one west of Tucson and the other part on the east side of Tucson. We visited the eastern section where plant communities in the park are typical of the Sonoran Desert, and the Rincon Mountains support a temperate coniferous forest. There is an eight mile scenic loop with a few picnic areas and several trailheads for the energetic. We enjoyed the drive, a short trail, and several stops at very scenic lookouts.

Sunday, we met up with my cousin’s beautiful and fun daughter Beth. We all went to the infamous El Charro Cafe,  the nation’s oldest Mexican Restaurant owned and operated by the same family since 1922. We arrived at a great time and got lucky and did not have to wait for a seat (which is unusual). The margaritas and food were delicious and we had a great time.

We spent another day at the Arizona-Sonora Desert Museum. Wow, this place was spectacular! It’s like a zoo and botanical garden combined, except that (almost) everything is native to the area. The weather was a bit cooler for Tucson and so we were lucky to see many animals during our visit. I really enjoyed the well landscaped botanical garden as well. There were so many native plants to see and learn about. We had hoped to see the raptor free flight show, but unfortunately it was cancelled that day. We’ll have to come back and see it another time.

Next, we visited the Pima Air & Space Museum. The Pima Air & Space Museum is one of the largest non-government funded aviation and space museums in the world and the largest in the USA! It features over 300 historical aircraft, including a B-24, B-25, B-29, B-52s, SR-71A Blackbird, MiGs, a Corsair, Wildcat, Avenger, Mustang, Warthog, Tomcat, Hornet, Aardvark, a Japanese Oscar, an Eisenhower-era presidential plane (before they were known as Air Force One), to literally name just a few.

We walked through four hangars of displays and then took a tram tour through the outdoor exhibits. It was a bit overwhelming for me but I found it very educational and interesting. Opa’s highlight was definitely the B-17G. Besides being a classic WWII-era bomber, a B-17 pilot (now in his 90s) acts as a docent on Thursdays and spends nearly a half hour recounting facts and anecdotes about his time flying missions during the war. This is another place I would love to come back and view again, and we definitely recommend visiting on a Thursday. 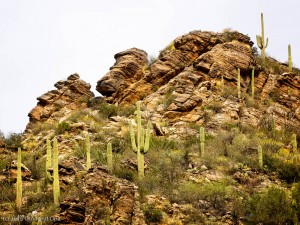 On our final adventure, we went to explore the Sabino Canyon. You need to purchase a $5 day pass unless you already have a National Park Pass. When we got there, the parking lot was pretty full, but once we pulled in, we were able to get a spot right away. Next, we need tot decide to take the tram, an additional $10 per person, or hike. Sabino Canyon tours offers a narrated, educational 45-minute, 3.8 mile tour into the foothills of the Santa Catalina Mountains.

We made a plan to take the tram to the summit. and spend a little time there to walk around and photograph. Then to walk down to the next stop, snack, rest, and enjoy the beautiful little water falls and pools for a while. There are many beautiful picnic stops and side hikes all along the way. We got back on the tram and took it to stop #2 where we took a trail over to some more little lakes, a dam, and the Bear Canyon area. We followed a trail for a few more miles until we returned to the parking lot. We could have spent days in this area alone. There were so many trails, so many picnic spots, and endless beauty. 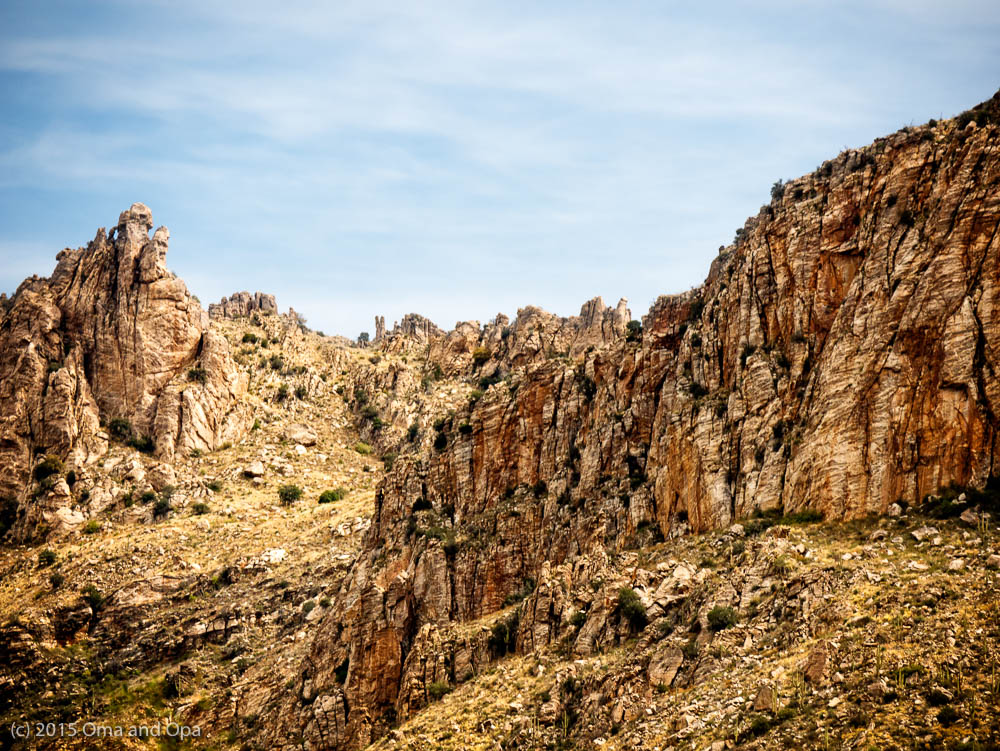 Next, we were getting ready to head out to explore Organ Pipe Cactus National Monument. But instead life intervened and changed our plans. 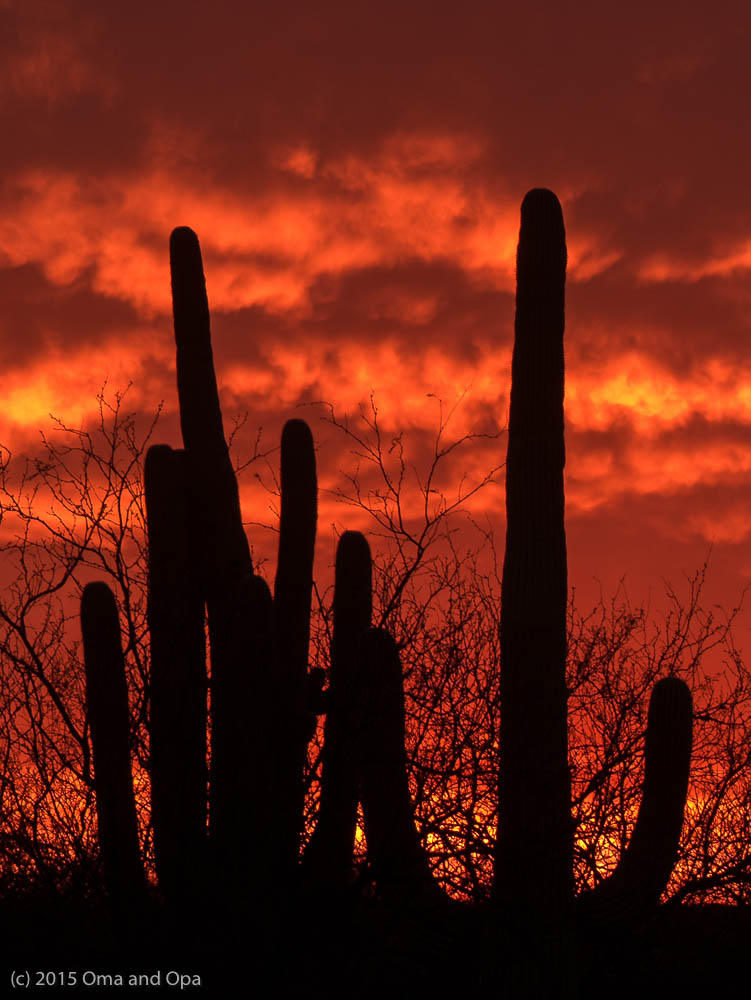 2 thoughts on “Moving on to Tucson”