Warning: Parameter 2 to wp_hide_post_Public::query_posts_join() expected to be a reference, value given in /home/customer/www/annieandthebeast.com/public_html/wp-includes/class-wp-hook.php on line 303
 Mississippi Here We Come – March 2017 – Annie & The Beast
Skip to content 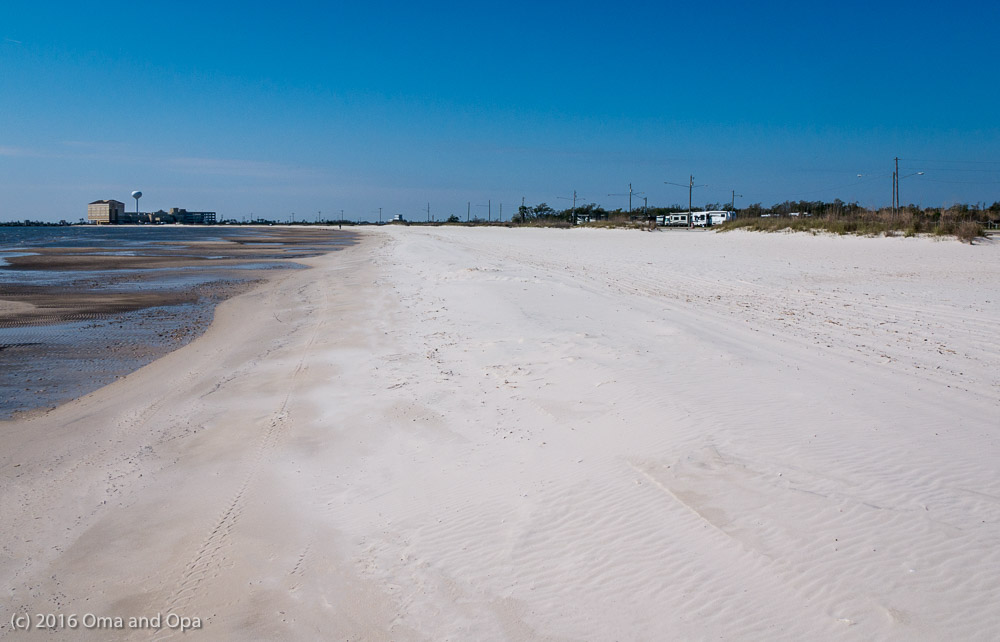 After leaving League City, TX for the second time this winter, we headed east on I-10. We traveled over some long bridges as we were leaving the metro area, but we didn’t see too much of the ocean after that. We drove about four hours and decided to stop at Frog City RV park in Louisiana. Clean, easy in and out, full hook ups (for laundry and long showers), and easy access to the freeway. Perfect.

The next morning we headed out for The Silver Slipper Casino RV Park in Bay St. Louis, Louisiana, a little over a three hour drive. Originally, we were planning to head to Buccaneer State Park. But as I did a little more research, I found that the nearby casino had it’s own RV park with full hookups, beautiful unobstructed views of the Mississippi Sound and an unbeatable price. This was not to be had at Buccaneer State Park but I am aware that there were beautiful private, wooded sites there. I am, however, addicted to water views and frequent beach walks.

The drive along I-10 through Louisiana did not yield any Gulf water views. In fact, most of the second half was on causeways over marsh. It was a very interesting drive. I was quite happy to see coastline again once we reached Mississippi. In fact, US 90 from Waveland to Ocean Springs, has been called Beach Blvd because it runs along one continuous run of crystal white sand beach. And it is beautiful! And groomed. And as I learned later, it is a created beach. There are references to it being a man-made beach. So here’s how it happened. First a sea wall was built. Then because they had to dredge channels for shipping, they simply placed the dredged sand in front of the sea wall. And wala! A beach is born. Well, we know it’s not quite that simple, but you get the picture. The reason the sand is white is because it’s journey began long, long ago in the mountain tops of the Appalachians. As the mountain tops eroded, the white quartz crystals from the mountain tops washed down in the rivers and deposited into the Mississippi Sound. And why is this called a Sound? Because there are a lot of barrier islands out there trying to protect the mainland. So there is a body of water between the mainland and the islands. The Gulf of Mexico is on the other side of these islands. And so are all of the seashells that I wanted to see and collect. In case you are wondering why the sand in Texas is different, it is because there are no white quartz crystal granite topped mountains depositing their minerals into the Mississippi River. Instead their sands were washed from the gooey brown clay that is the Mississippi Delta. Sand from the heartland also contains quartz along with dark-colored mineral grains, charcoal, and other organic matter. Brown sugar.

Enough geology and onto our adventure. We spent three nights at the Silver Slipper RV Park in Waveland. We learned that if you apply for a Player Card in the casino, you can get one free night of camping. We also were able to get half price at the buffet, which features crab legs. All I can say is that I ate way to much crab and shrimp. And I was very happy!

I enjoyed three beautiful days of beach walks with Opa and Coda and three beautiful sunrises. We also wandered into Bay St. Louis and enjoyed the Historic Train Depot that housed a Mardi Gras Museum on the lower level and the wonderful Alice Moseley Folk Art Museum upstairs. I really enjoyed her paintings. We sadly missed the Ground Zero Hurricane Museum in Waveland as it was not open while we were there. Something to come back for.

Stennis Space Center was nearby, so we visited the Infinity Science Center there. Stennis has focused on rockets (propulsion) since the Apollo program, so for noise reasons it is surrounded by about 200 square miles of nature. It also currently has other government tenants, including NOAA, USGS and the US Navy. We enjoyed ourselves, and thought it worth a couple of hours if you are interested in the space program. 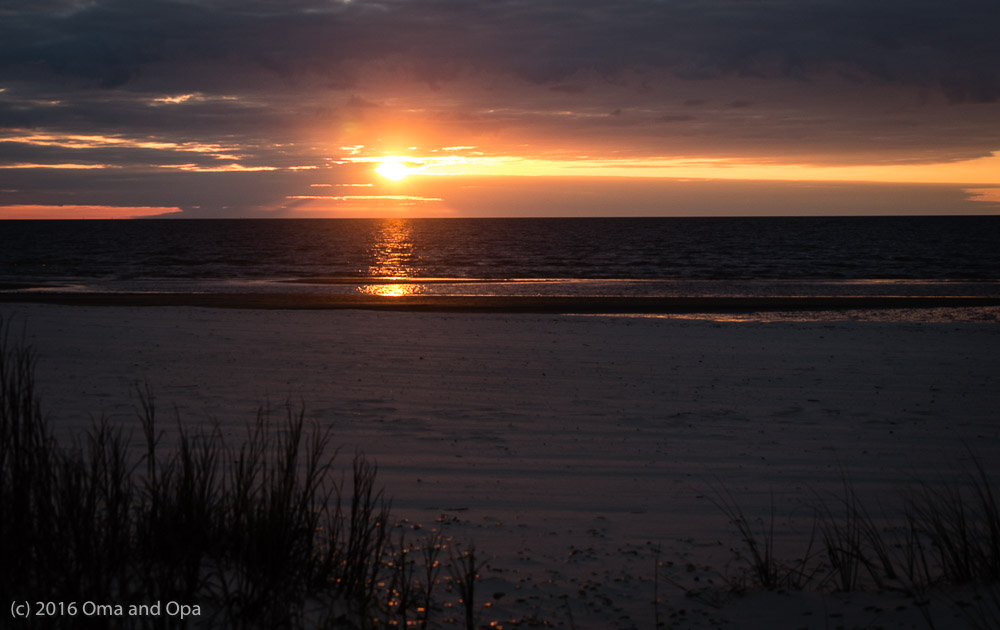 Leaving the casino rv park, we drove along US-90 to The Gulf Islands National Seashore in Ocean Springs. This is where I noticed the miles and miles and miles of pristine white sand beaches. Along the way, there is also no shortage of casinos. 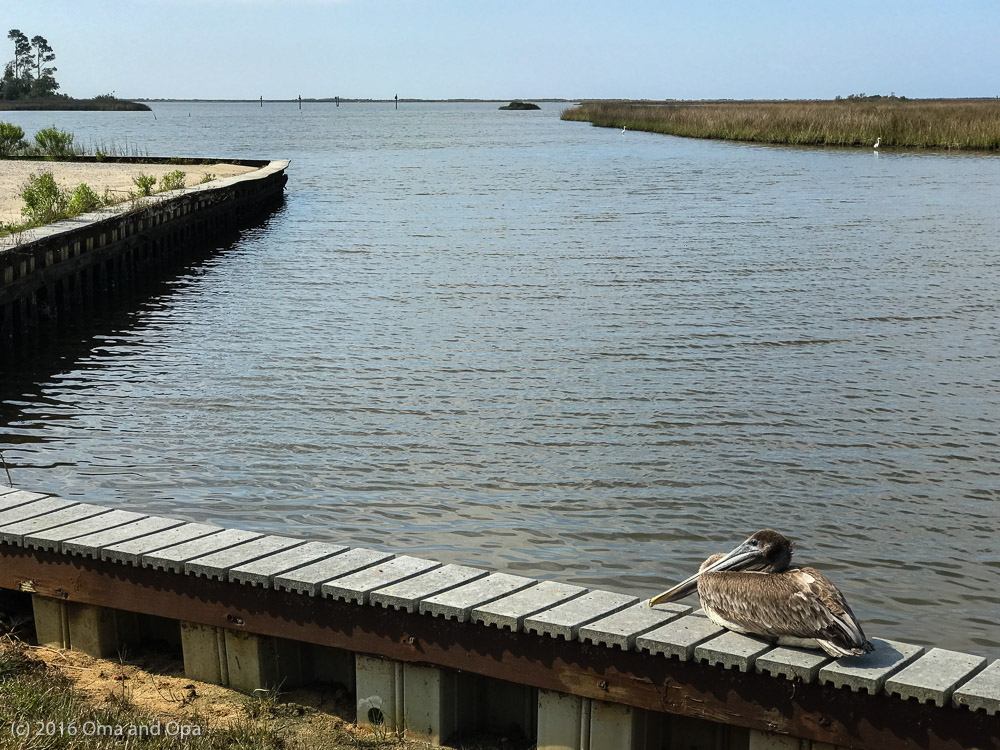 We were able to get a site in the Davis Bayou campground for four nights. The campground and park were very clean and well maintained. It was a very lovely, quaint little park. The Park Rangers and volunteers were very friendly, knowledgable, and helpful. This is where I learned about the difference between the sand and beaches of Mississippi vs Texas. We were able to take a free boat tour of the bayou where the ranger explained in detail the natural coastline, the fauna and flora of the bayou, the barrier islands and their function, and a bit of cultural history. The visitor center was also very informative. There were a few trails to walk and some bridges to walk over and look for alligators, turtles and birds. There was not a beach at the Davis Bayou part of the National Seashore, but there was a natural beach very nearby in Ocean Springs. There was actually a very nice bike trail that one could take to get to it. But because our dog also loves the beach, biking was not an option for us.

We had been trying to plan our next destinations from there. We had hoped to go to Pensacola but everything was booked. So instead we started to plan our journey northward. I had made some reservations for an Army Core of Engineers park a few hours north but we needed to kill some time for two days before we could get in. I had checked with the ranger at Davis Bayou for any openings but there were none. However, the next morning, he came to our site, just as we were packed up and ready to pull out, and told us that there was a cancellation on the site that I had been ogling over. No brainer. We vacated the old site and pulled in and set up in the new one. We spent the remainder of our day enjoying our beautiful new location with some glimpses of the bayou and beautiful big oak trees. We were still pretty much packed up, so leaving the next day after our relaxing time was pretty easy.

Onward to the next new and exciting adventure. 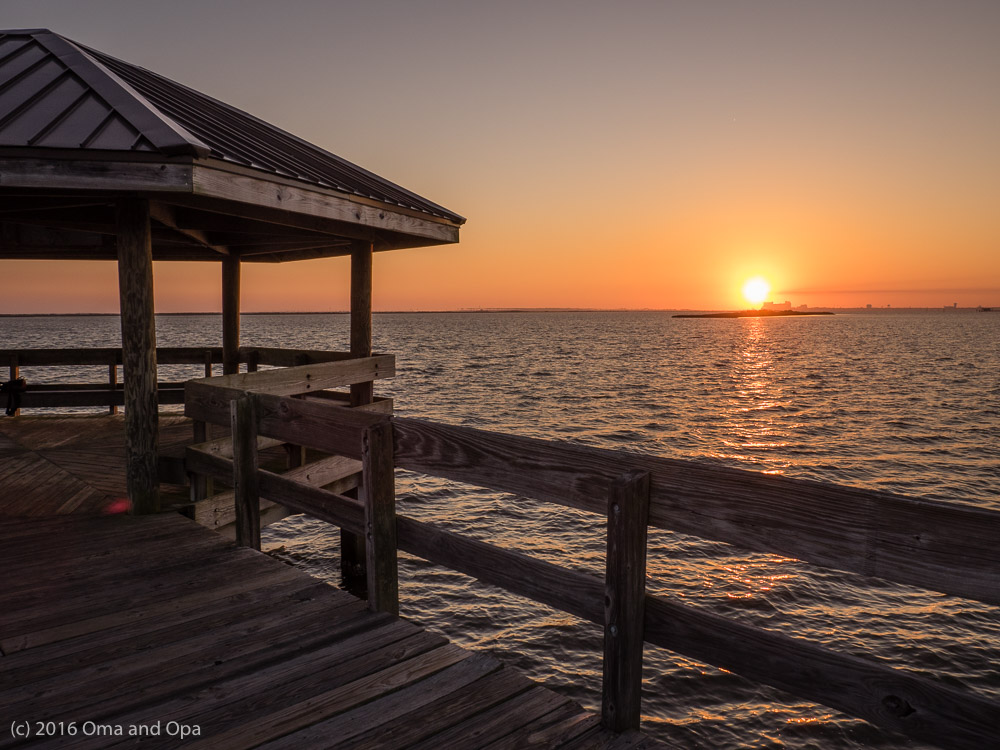