Warning: Parameter 2 to wp_hide_post_Public::query_posts_join() expected to be a reference, value given in /home/customer/www/annieandthebeast.com/public_html/wp-includes/class-wp-hook.php on line 307
 Glaciers and Wildlife on the Lu Lu Belle – July 2018 – Annie & The Beast
Skip to content 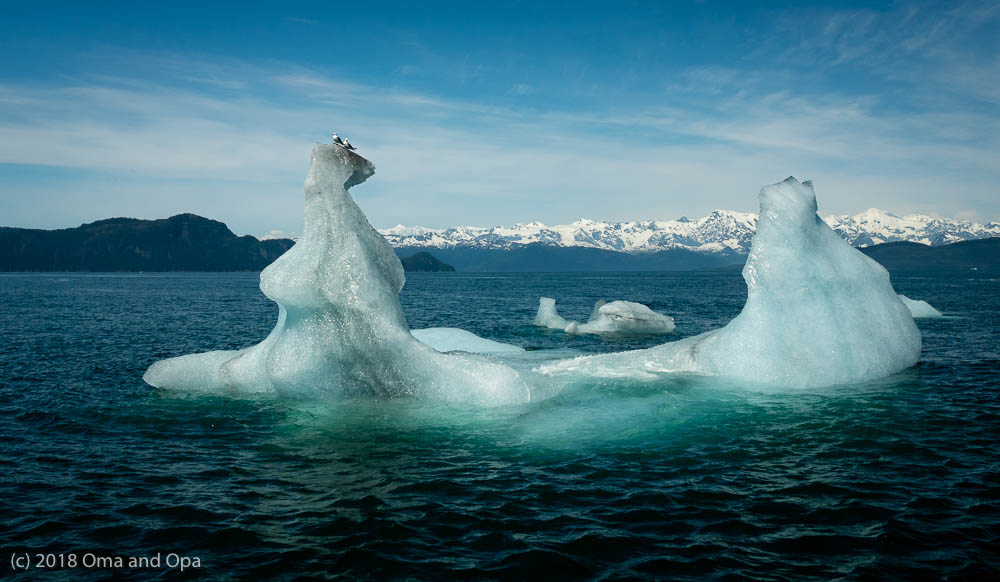 One thing we absolutely wanted to do was a glacier/wildlife boat trip. The Lu Lu Belle came recommended, and unlike the vast majority of boats that tour out of Valdez and the Kenai Peninsula, the Lu Lu Belle was relatively small. We seemed pretty full and only had about 40 people on board. Some of the boats (especially on the Kenai Peninsula) looked like they could accommodate hundreds, which is probably necessary when the cruise ships are in. We didn’t want those kinds of crowds.

The trip leaves at 11:00 (we arrived at 10:30) and is advertised as 7-10 hours long, depending on wildlife sightings, which is another difference as most of the other tours are focused on getting you back on time after your 3-7 hours at sea. We had a decent but not phenomenal day for wildlife (in my opinion) and still spent 9 1/2 hours dock-to-dock.

We had intentionally delayed our trip until a nice weather day, which paid off. Seas were calm, the sun was out, and it would be hard to imagine a better day to go cruising on the water. It was so warm, Oma and I both went a little lighter on clothes than we had planned, which may not have been the right move but also wasn’t a big problem. Once on the water, the air temperature dropped (the water is only about 50 degrees, and that is away from the glaciers) and, warm sunny day or not, the cool air and wind definitely made you want a layer or two. 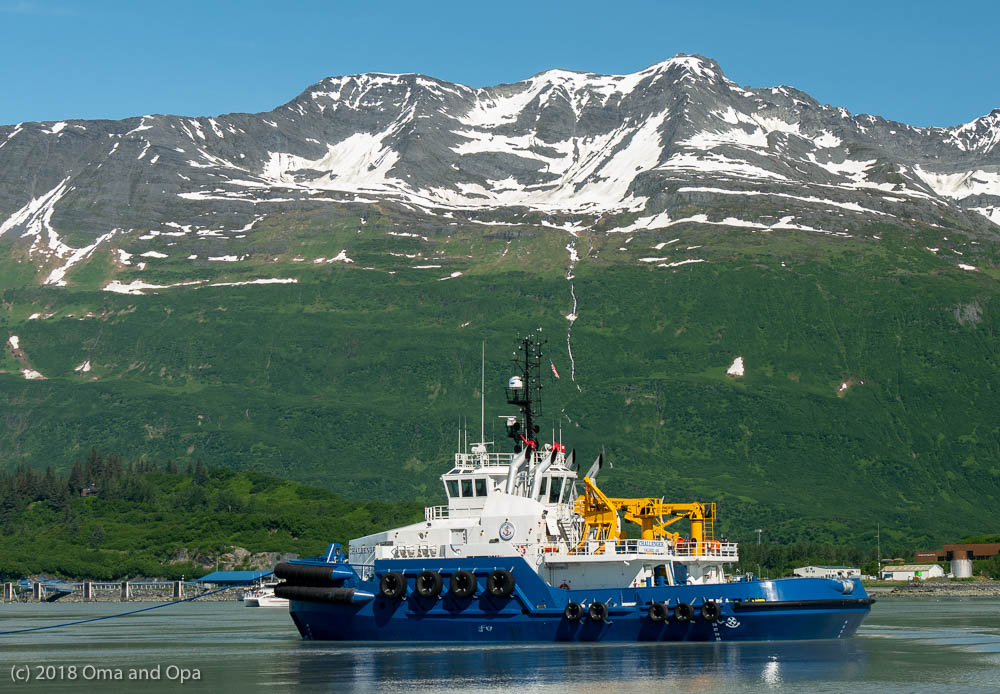 We headed out of the harbor. The fishing boats were doing final preparations for salmon season, which was expected to open in a day or two. 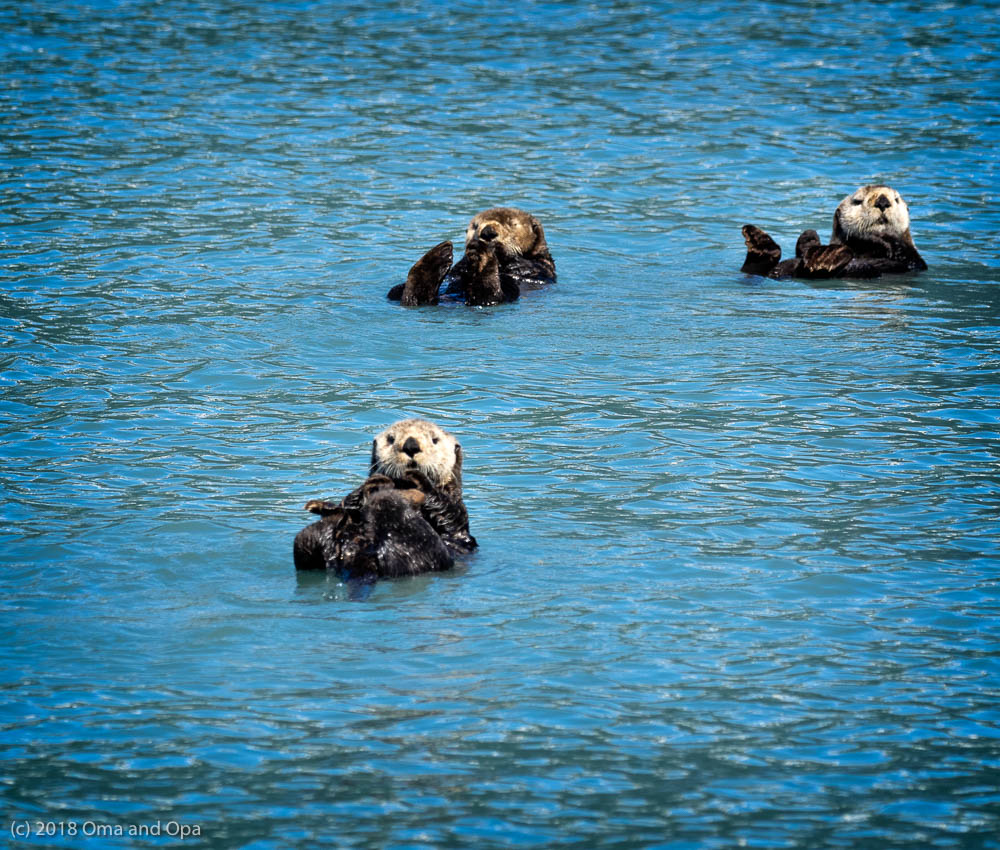 We started off with sea otters that were not far from the harbor. They are very cute. 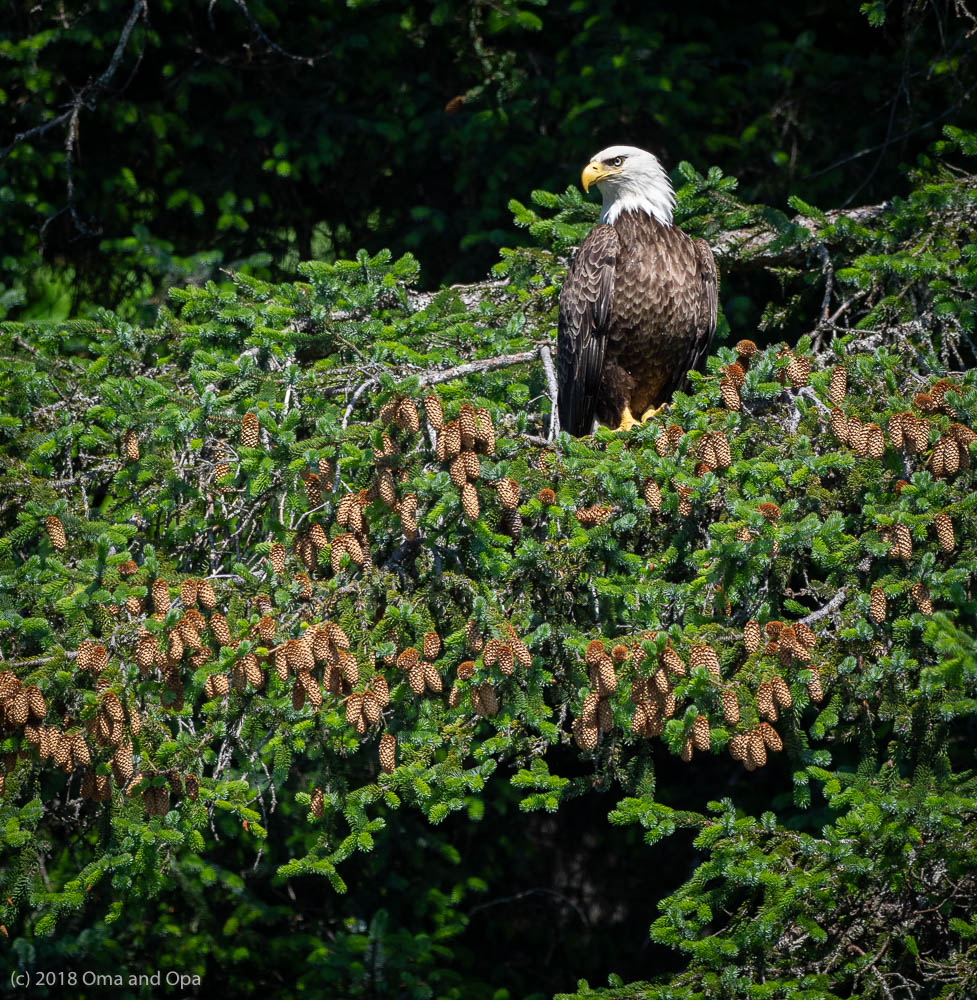 That was followed by a nice bald eagle in a tree. 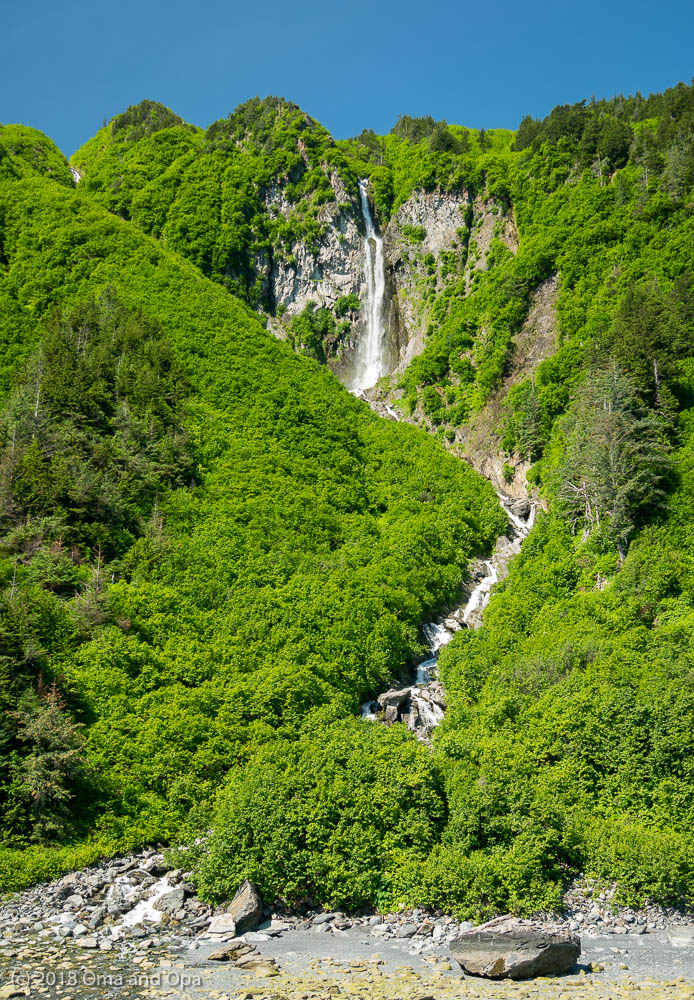 We hung out for a while watching a local fishing boat. The crew of the fishing boat were rewarded with brownies for letting us watch and photograph them. 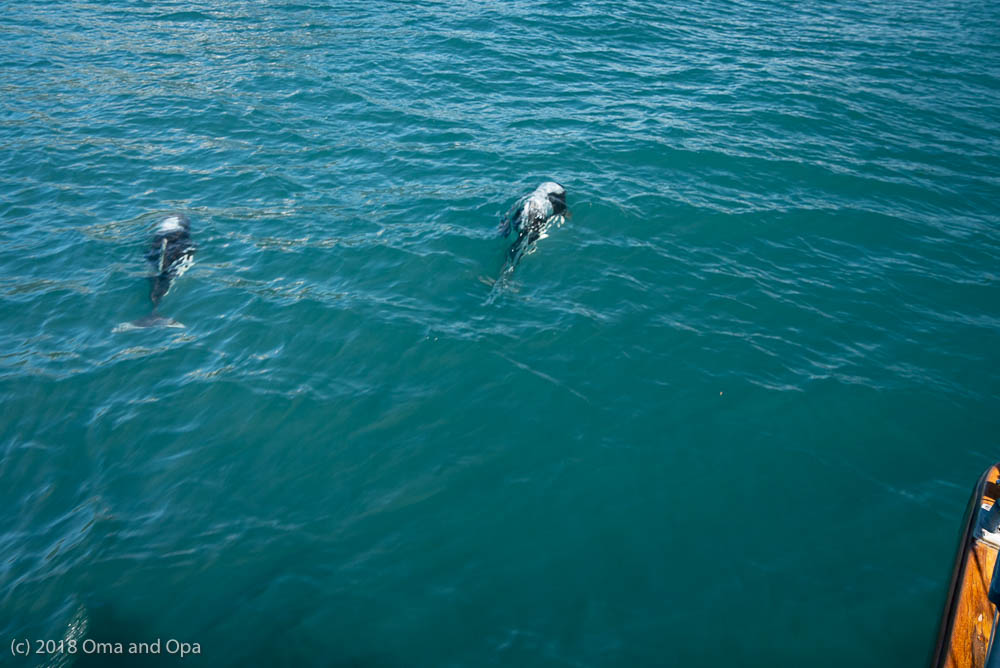 We had Dall’s porpoises run with the boat for a while before the captain finally sped up to a point that they could not keep pace. 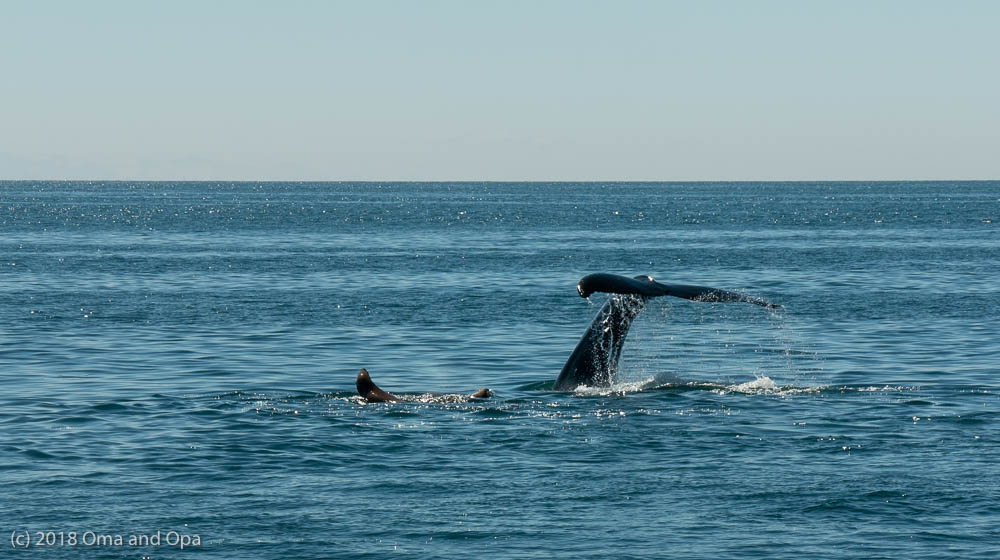 We got lucky early on with sea lions playing with a humpback whale, which we followed for a while. 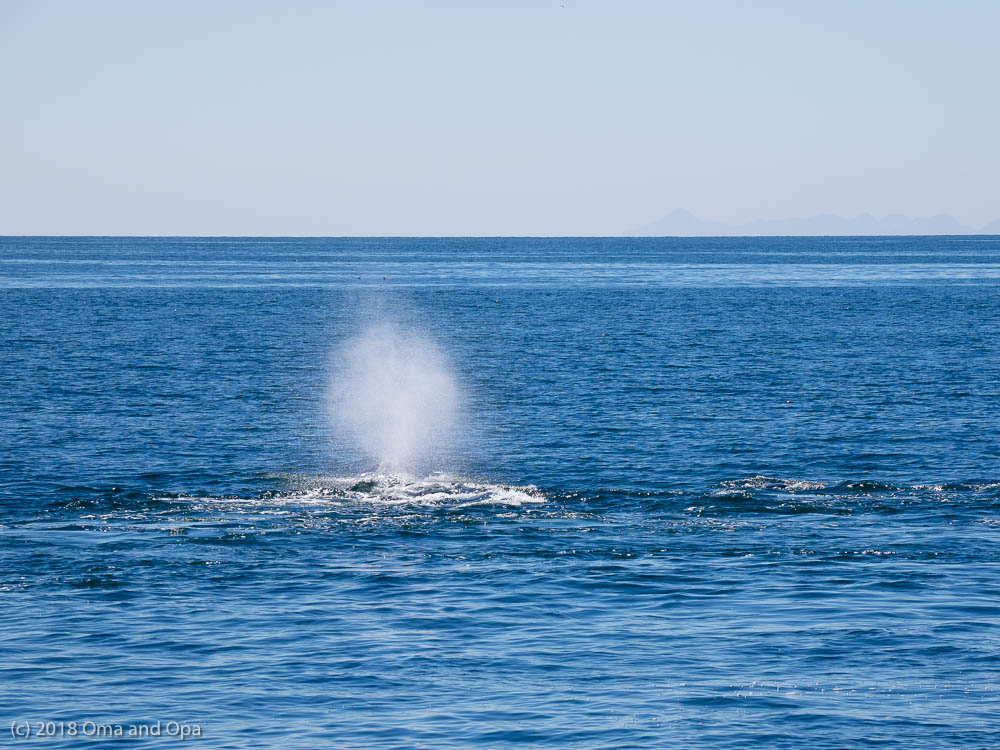 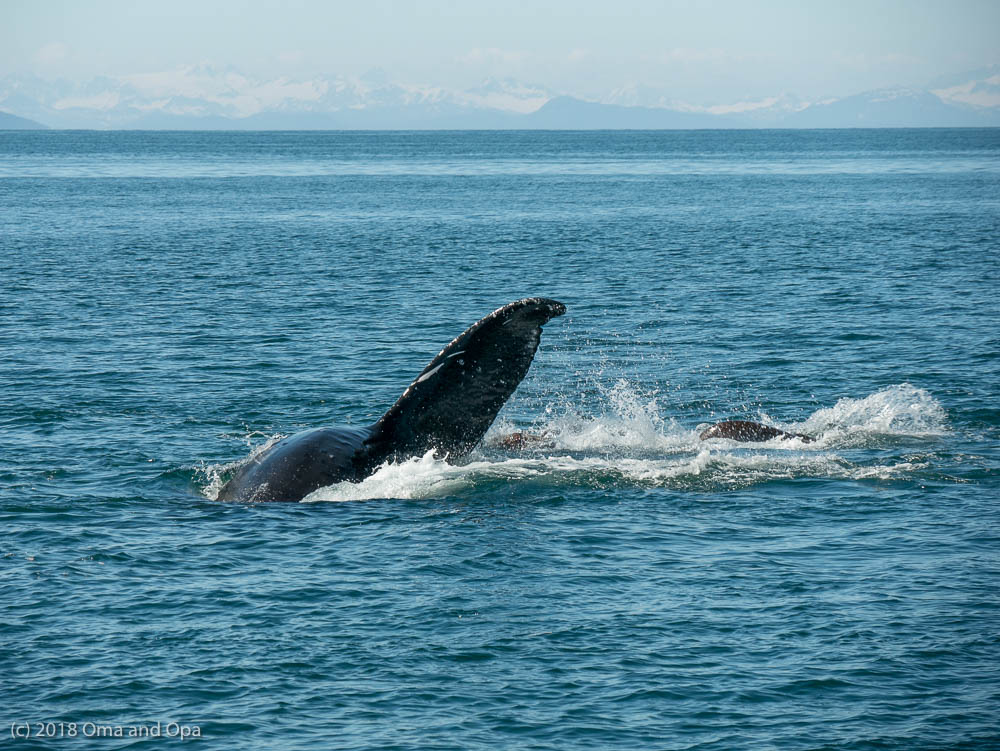 There were hundreds of sea lions along a mile or two of shoreline. 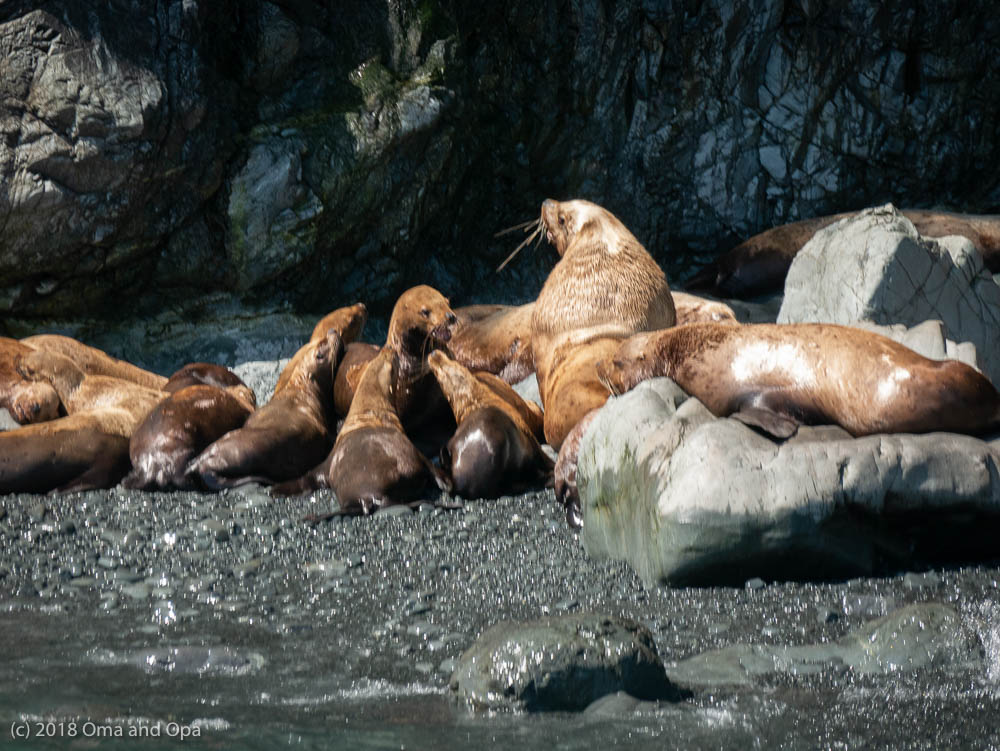 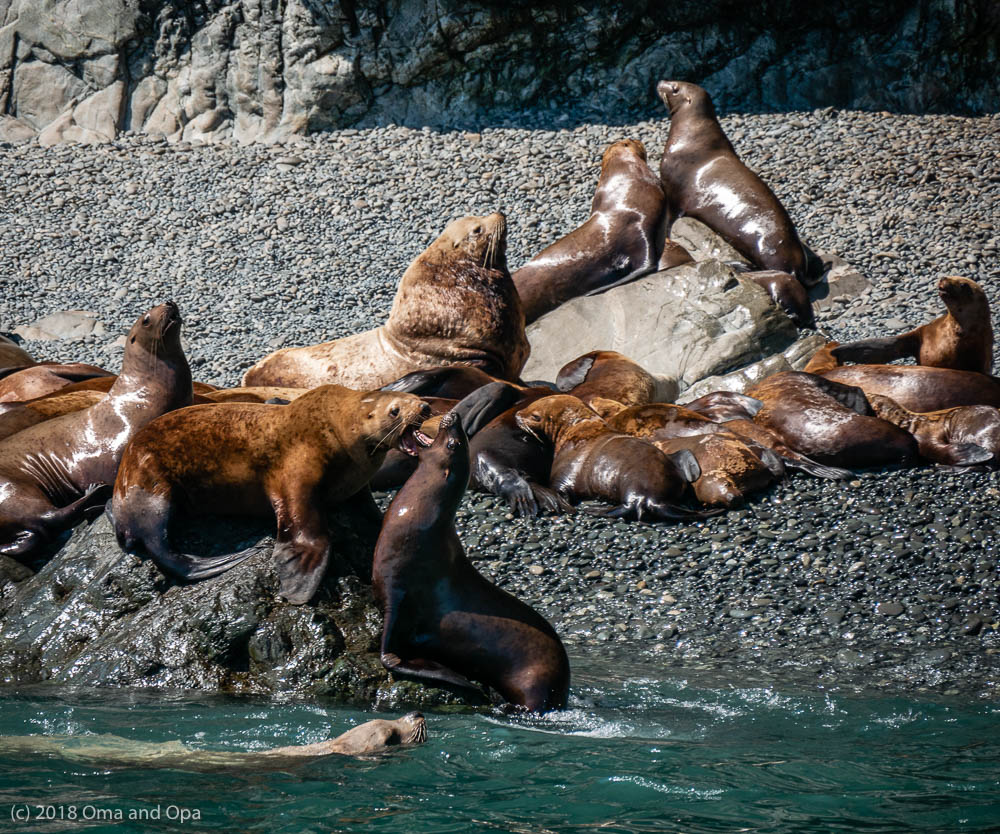 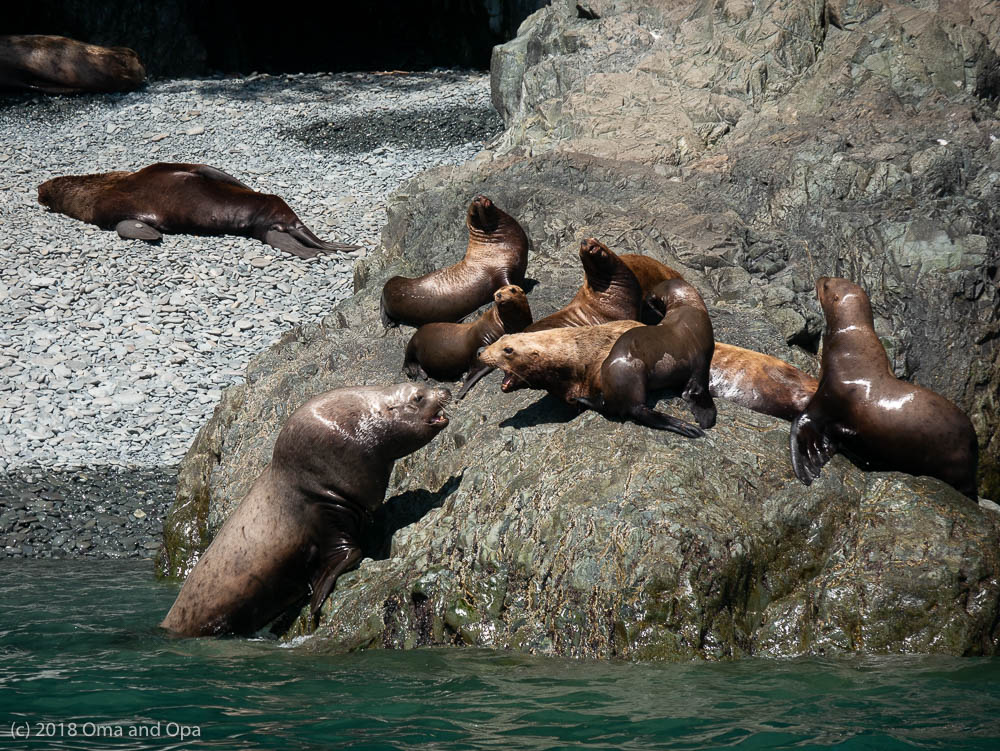 We saw our first puffins in the wild. 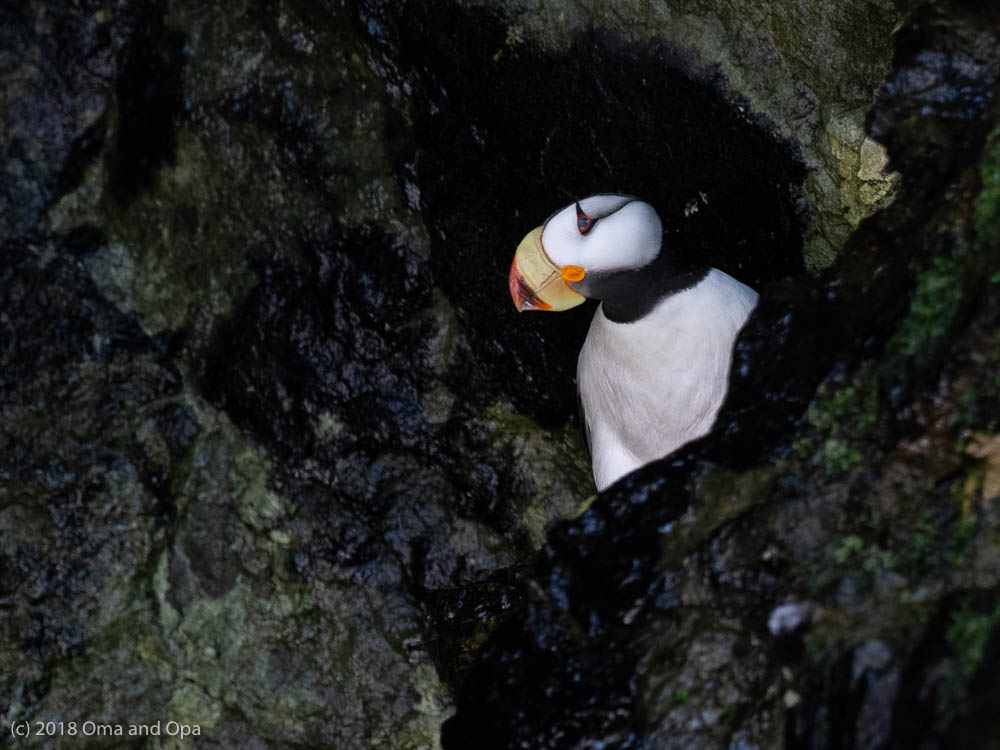 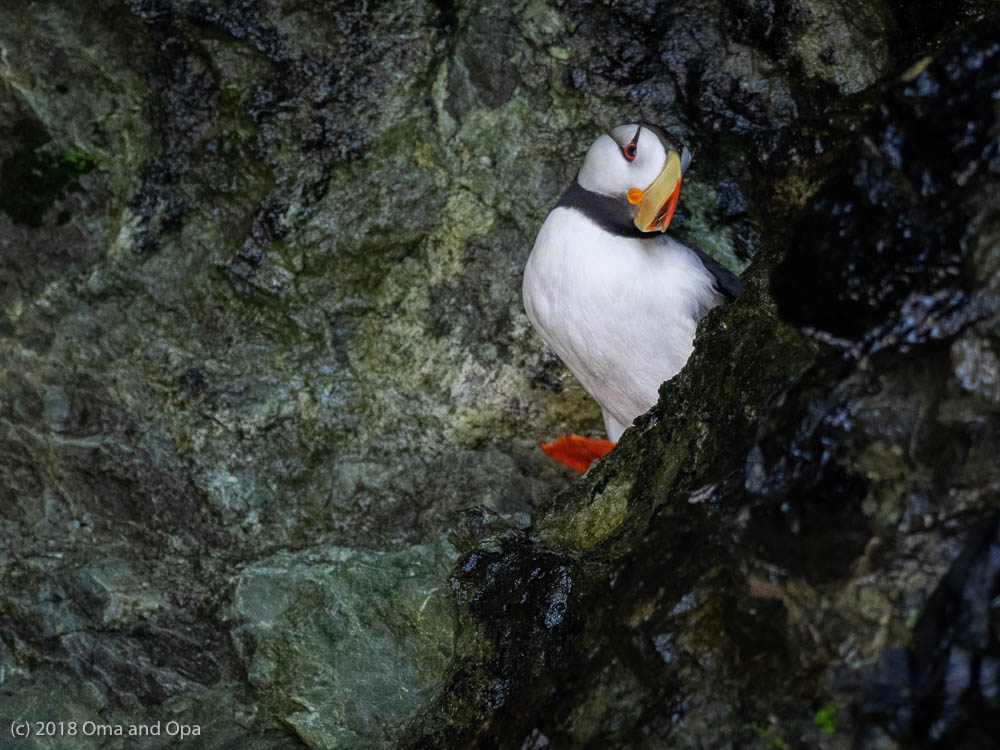 From there, we started seeing serious sea ice as we got within 15 miles of the glacier. 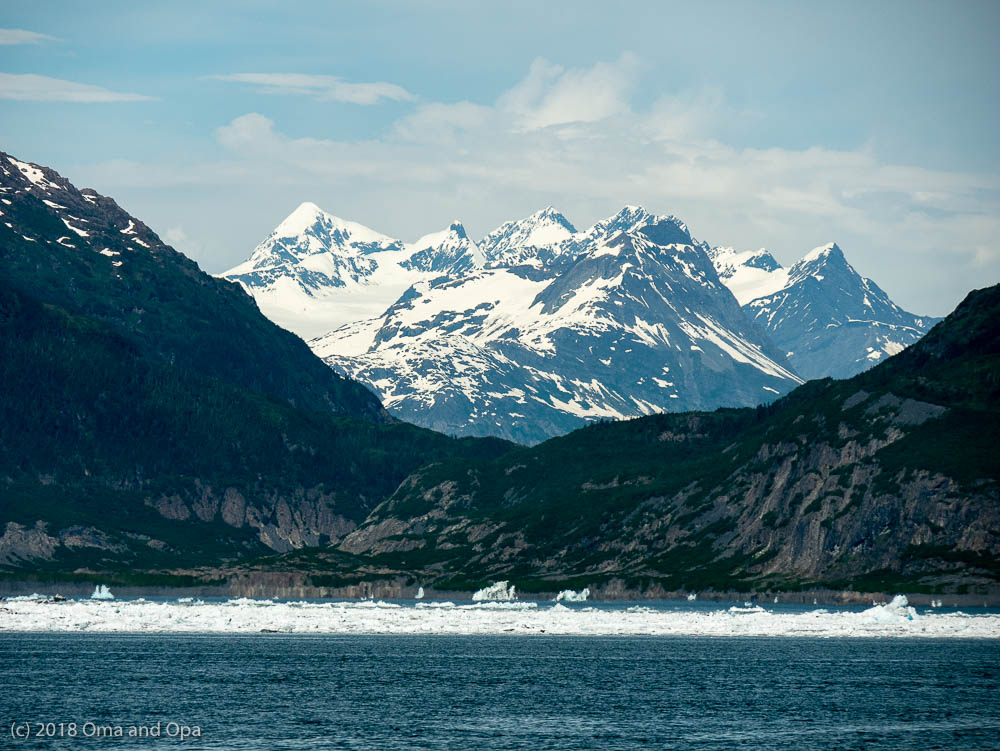 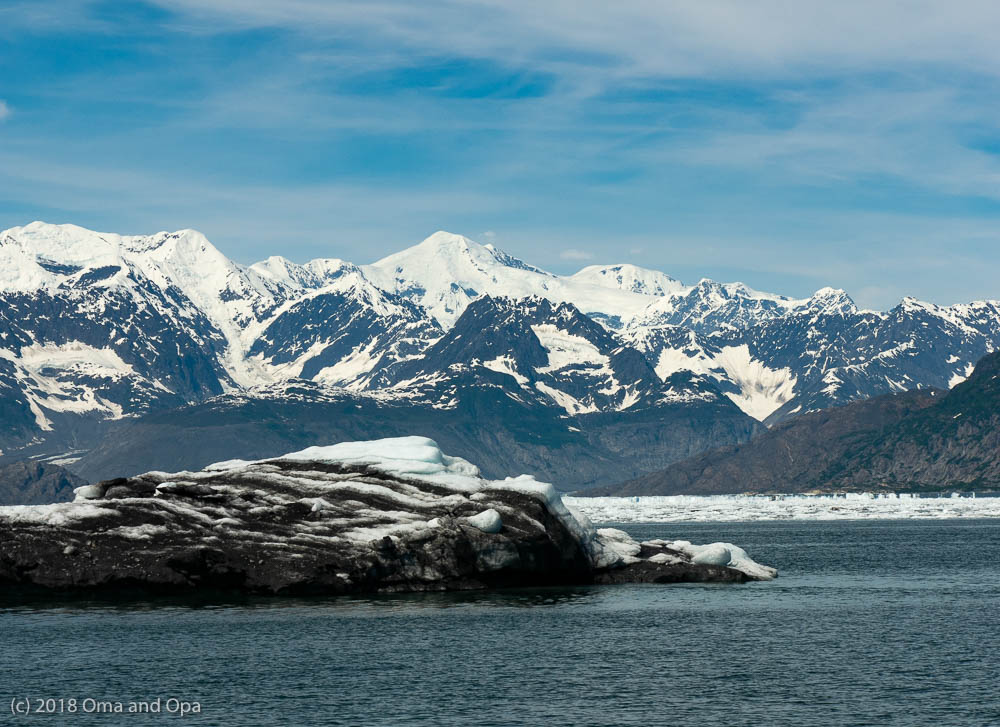 The captain worked his way very slowly where the channels were narrow and periodically had to bump small icebergs out of the way. 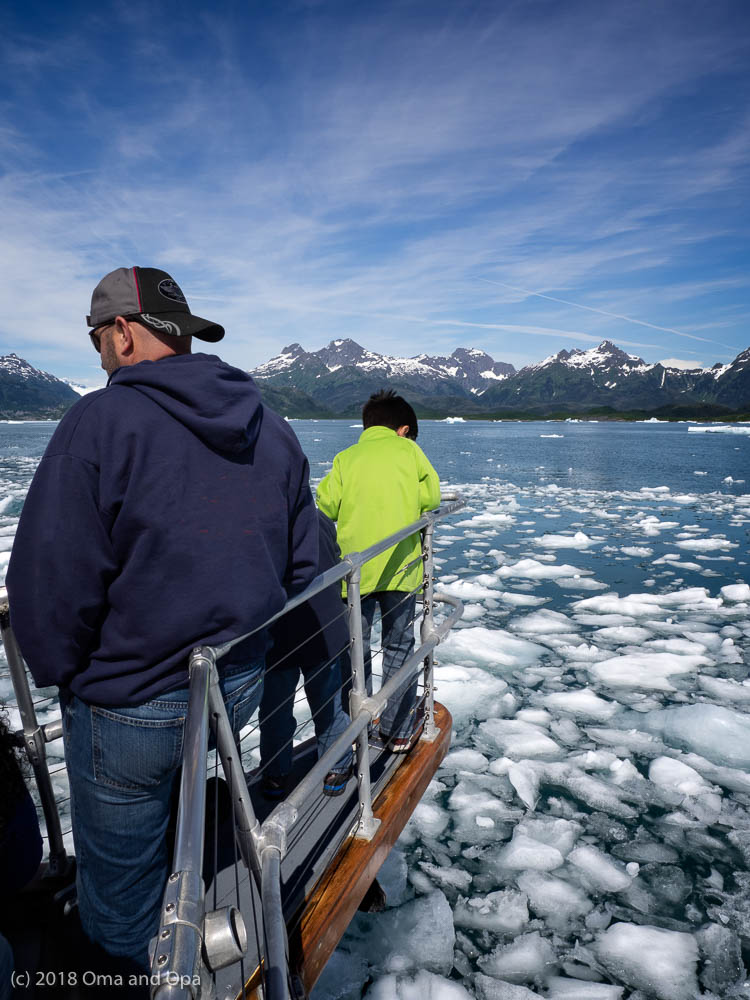 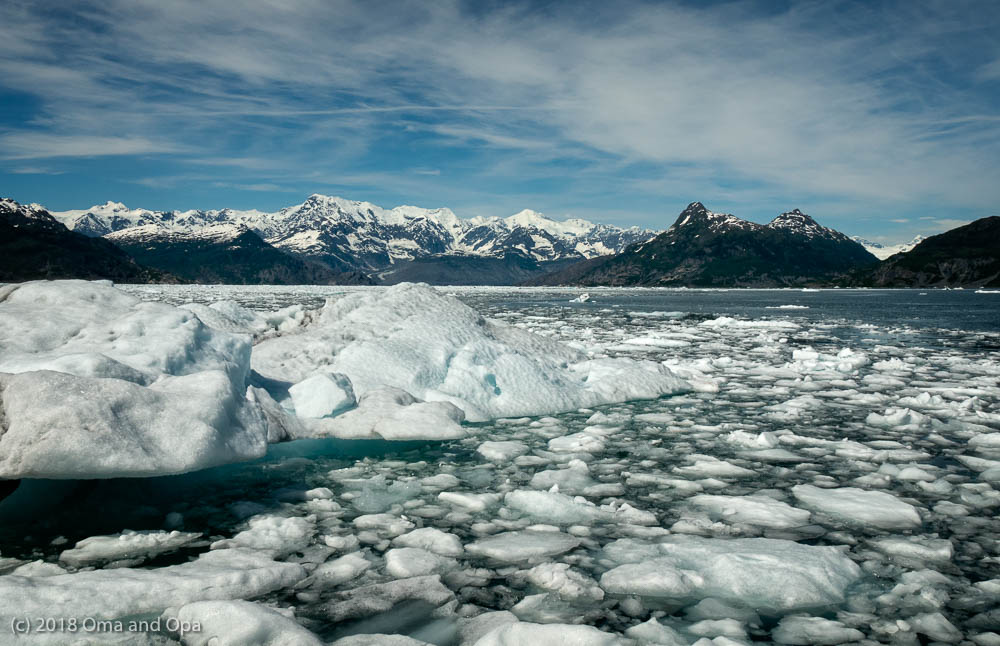 Once past the initial ice, there were many miles of mostly open water, so it only took about an hour to get from the first major ice line to the face of the Columbia Glacier. (Note that this is obviously a different Columbia Glacier than the Columbia Icefield along the Icefield’s Parkway in Alberta.) 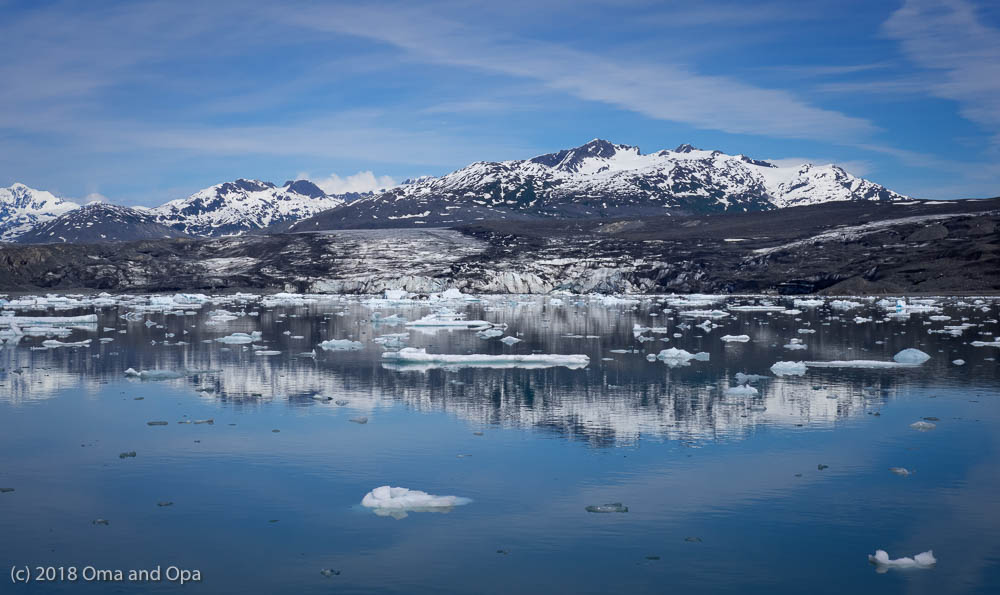 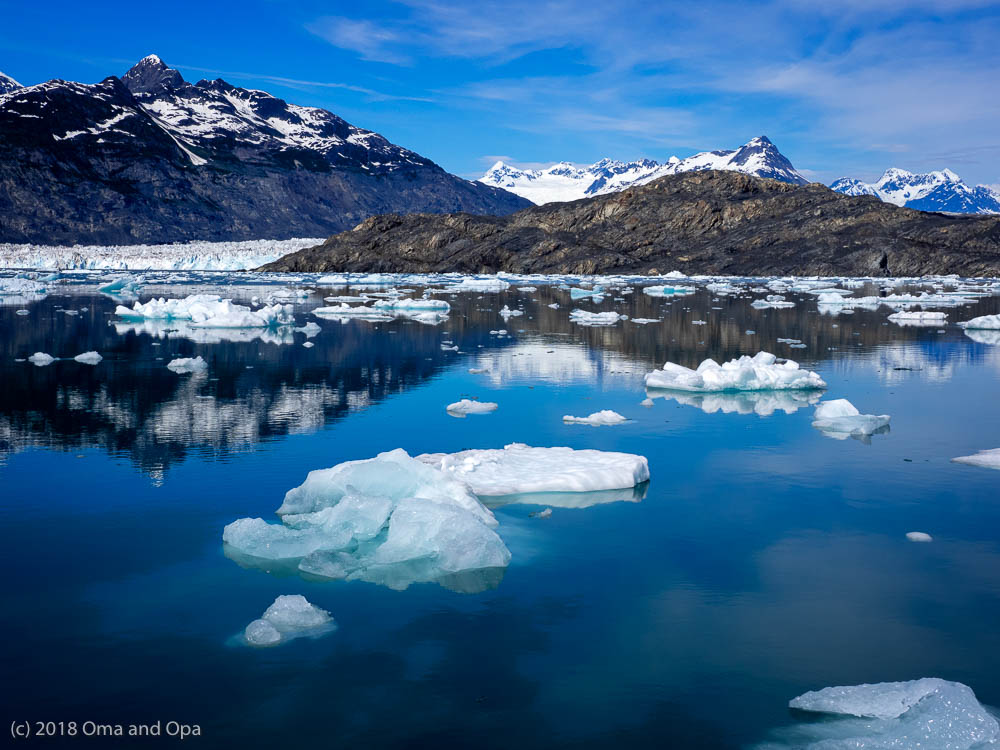 The face of the glacier here is 200-400 feet tall, although it is very difficult to tell since there are no good size references. At our closest, we never got less than 1/4 mile from the face due to the dangers of ice calving. 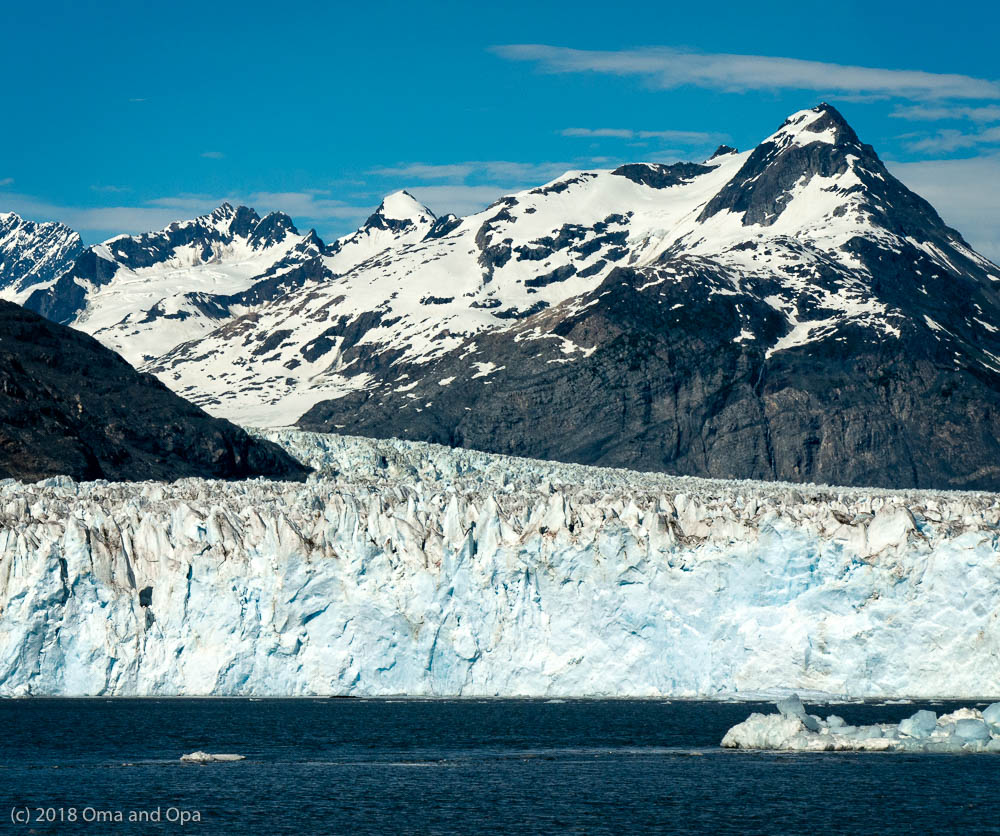 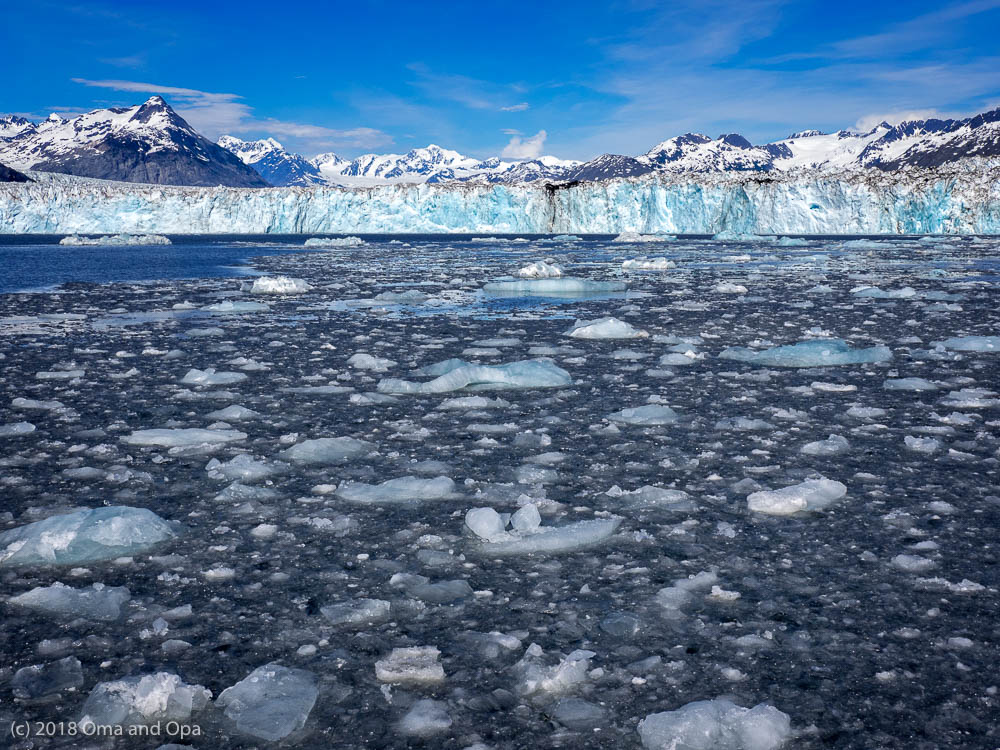 We hung out at the glacier for about 90 minutes watching it calve. Relatively long periods went by with nothing happening, and then we might get 1-2 calving events in succession. Supposedly about 13 tons of ice calve on a typical day. We saw a number of calving events, although at least half of the passengers headed inside after watching one or two.

While we got photographs, one of the passengers (we unfortunately don’t remember his name) graciously shared a video he took.

We saw a couple of mountain goats on the way out. 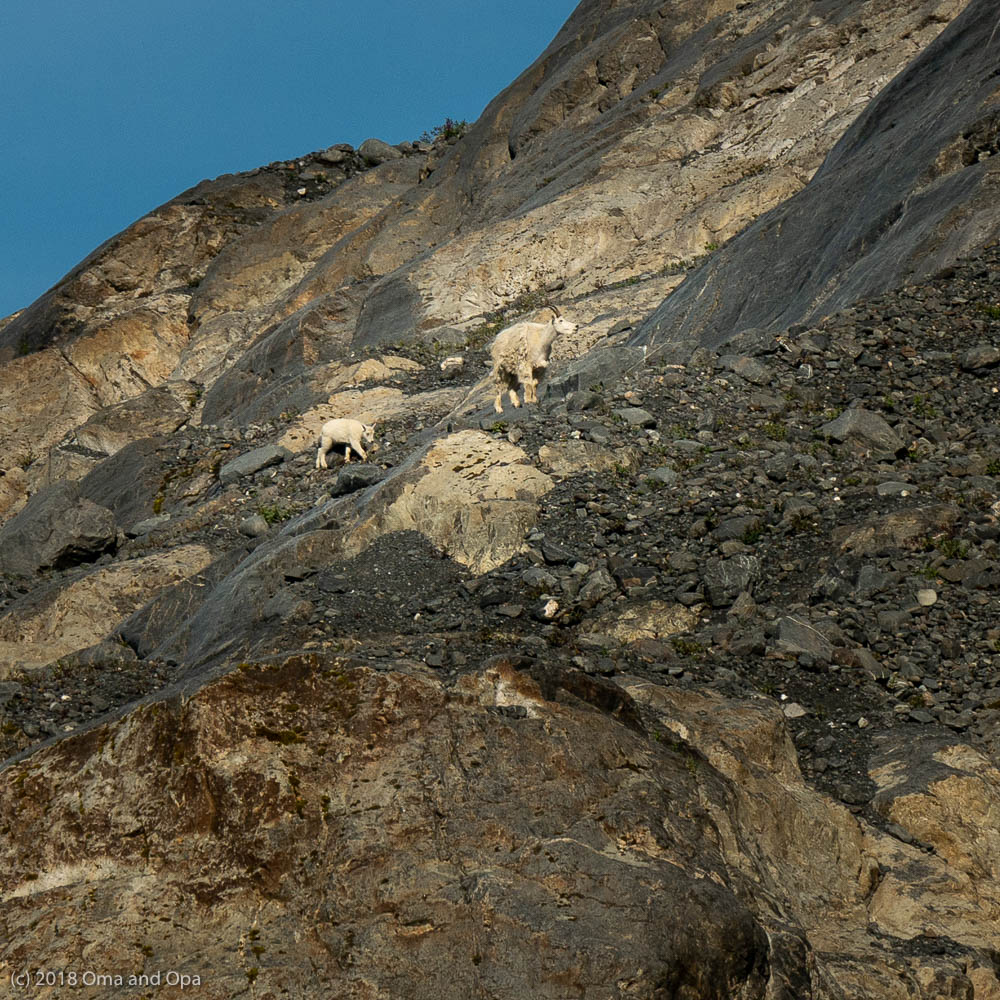 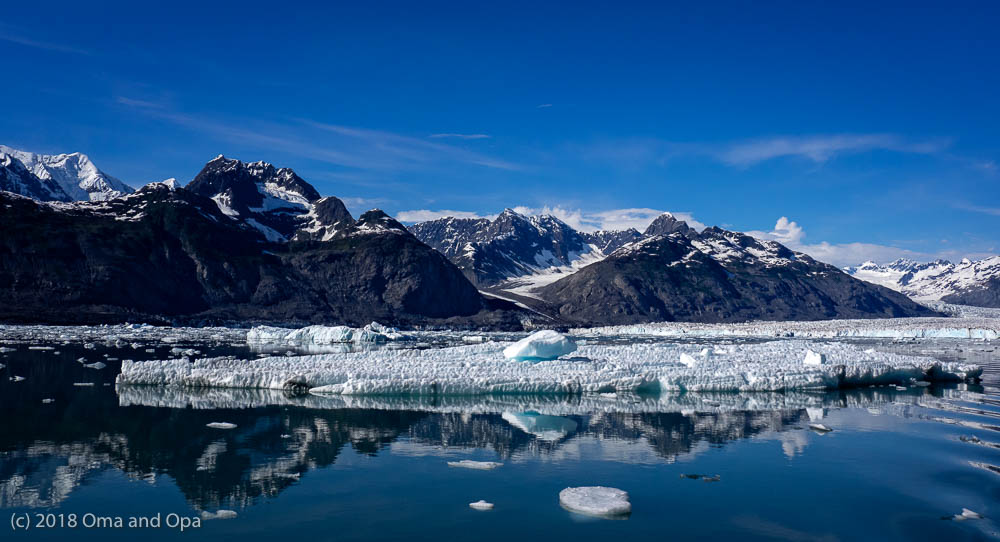 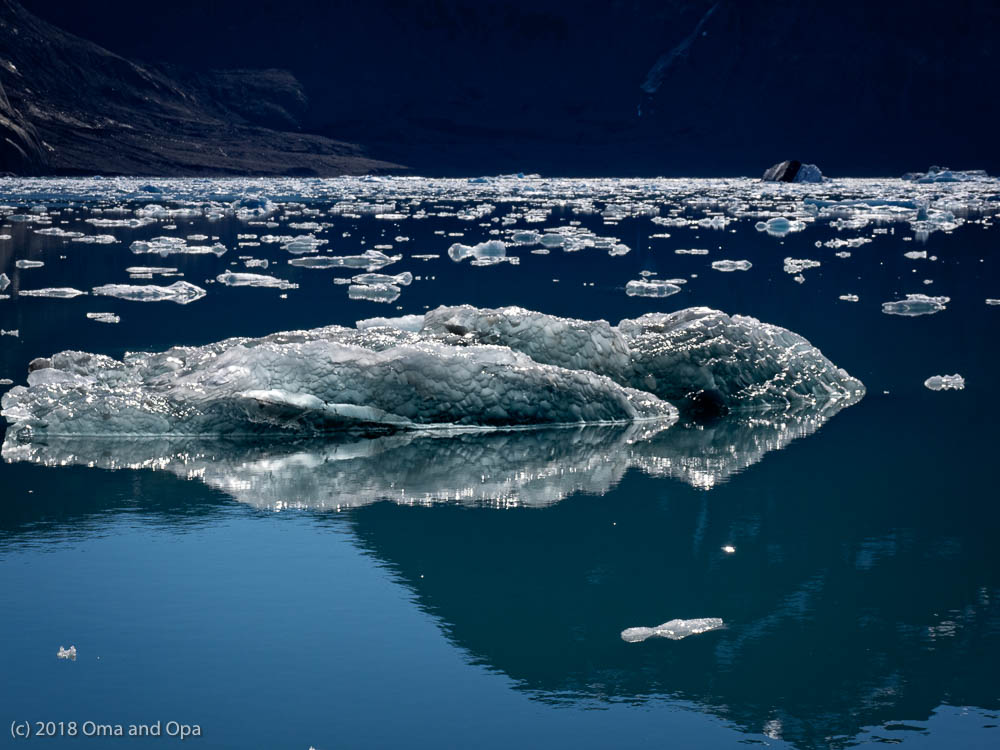 Sea otters apparently like to hang out on the ice flows, but feel vulnerable and dive into the water if you get close to them. 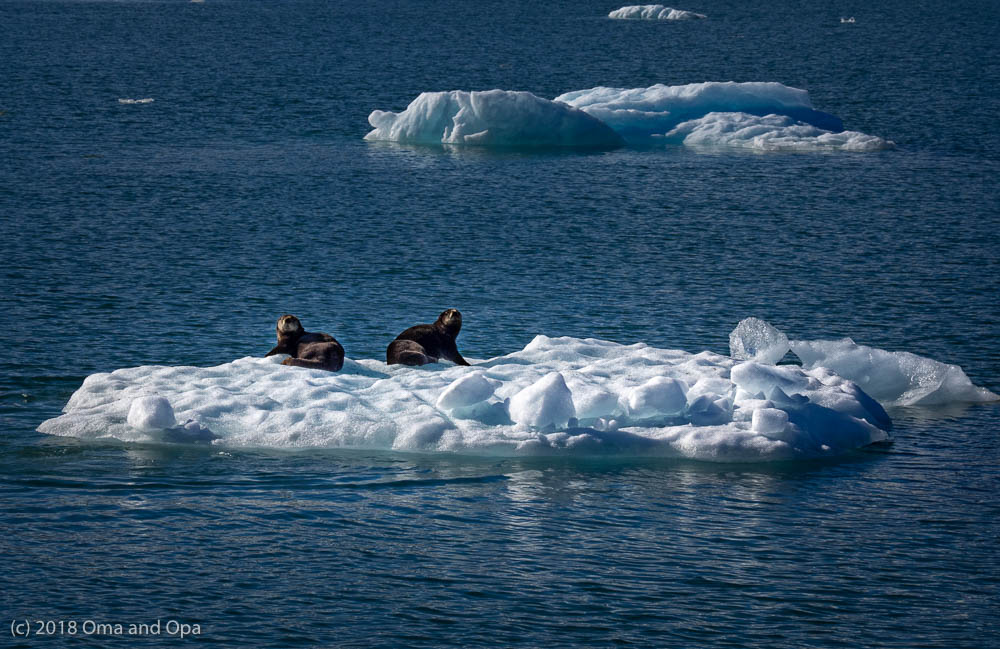 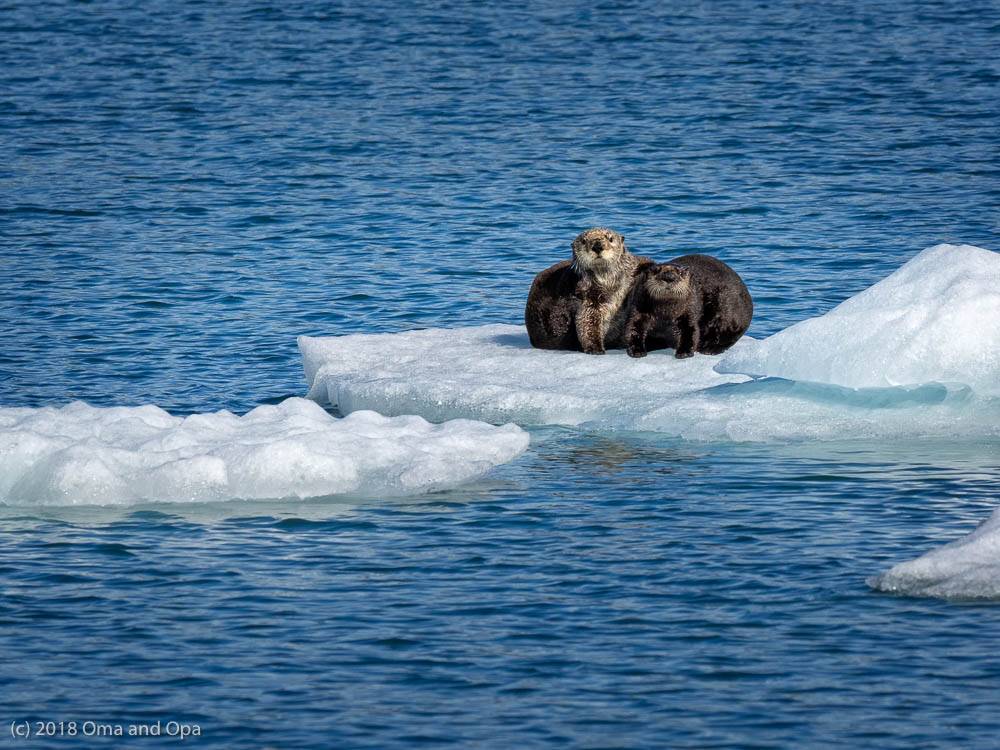 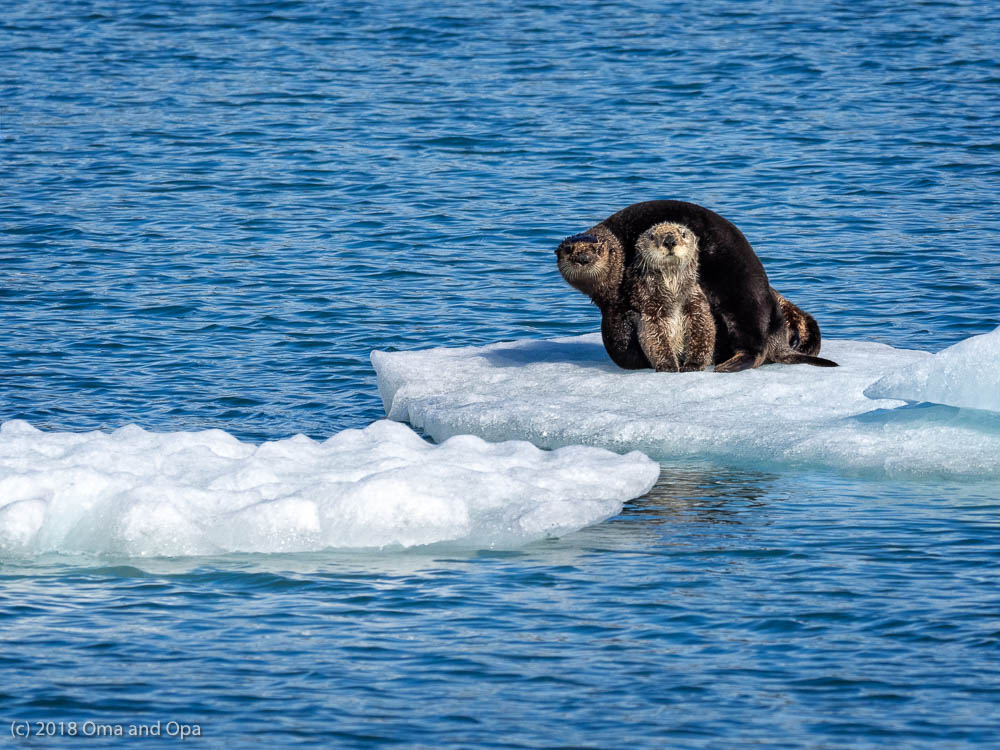 The trip back to Valdez was much faster but still very scenic. 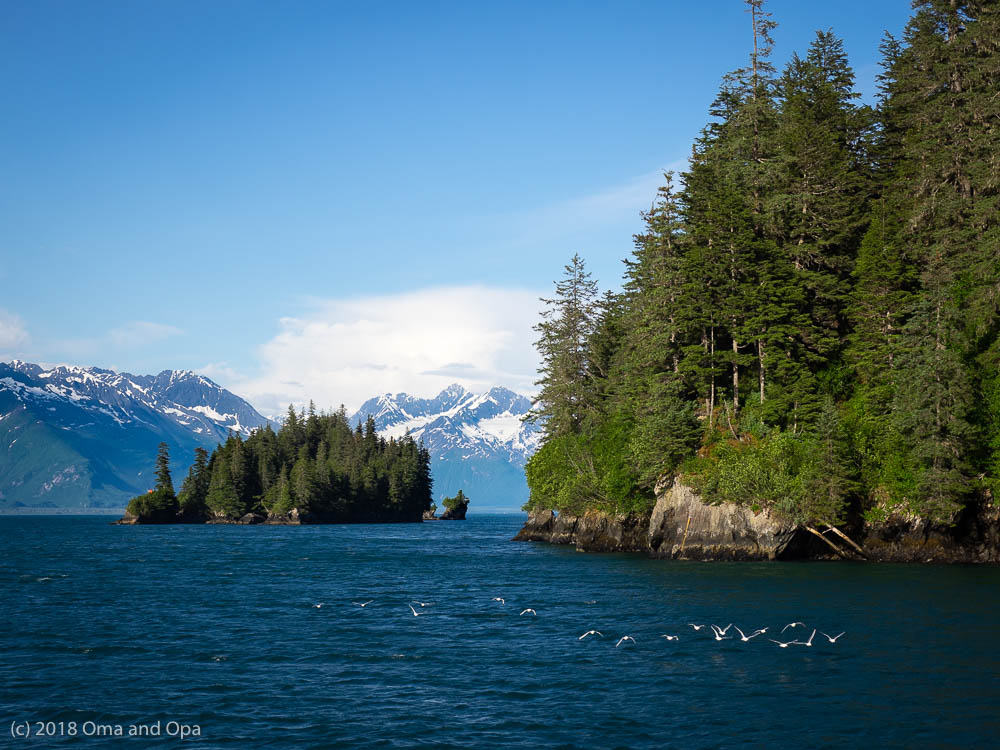 While we don’t get cable, several of the Deadliest Catch boats were anchored near Valdez.

The Valdez oil terminal (the southern end of the Alaska Pipeline) was located across the water from town (although is still part of the City of Valdez for tax purposes). No oil tankers were in port on the day we did our trip.

Nine and a half hours after we left (8:30 pm), we were back in Valdez. It was a fantastic day and beautiful weather, and will definitely be one of the highlights of our Alaska trip.