Warning: Parameter 2 to wp_hide_post_Public::query_posts_join() expected to be a reference, value given in /home/customer/www/annieandthebeast.com/public_html/wp-includes/class-wp-hook.php on line 307
 From Fallingwater in Pennsylvania to Shenandoah National Park in West Virginia – Annie & The Beast
Skip to content 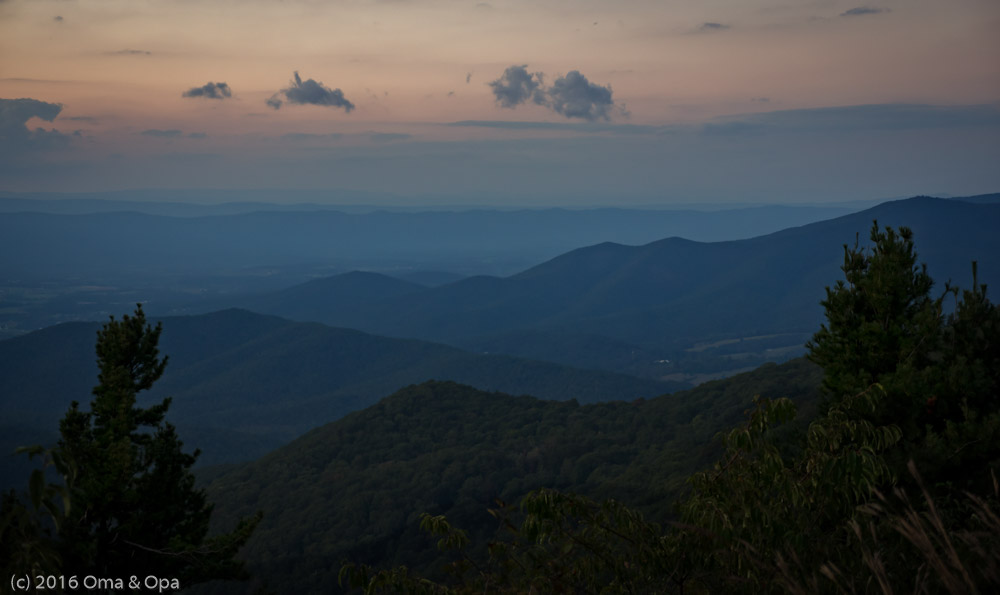 We had a beautiful campsite near Fallingwater in Pennsylvania, although getting to it via very steep hills was no easy feat. We certainly have learned to be more attentive to our map skills as a result of the very white knuckle drive we took there. But the campsite at the KOA we picked was great to chill at. The sites were on the river, had trees, were spacious, had fire rings, and full hook ups. There was a great biking / walking trail adjacent to the campground that also went along the river which Coda enjoyed daily walks along. It was a joy to hang out there for a while. 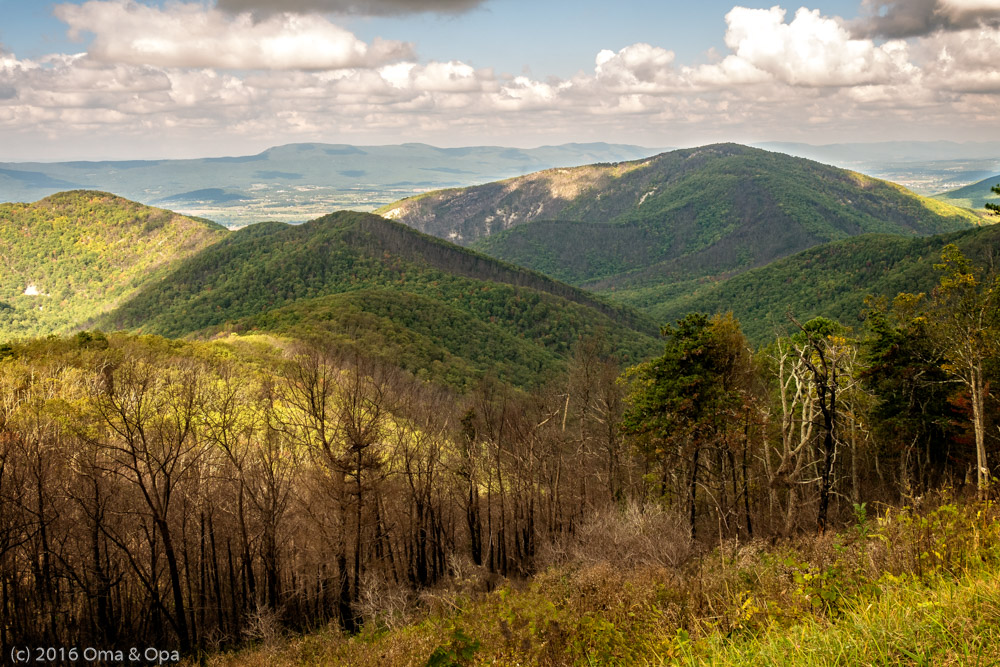 Our next destination was the Skyline Drive of Shenandoah National Park. We chose a campground in Luray, Virginia, located in the Shenandoah Valley but only about ten miles from the park. We researched the roads extensively to try to avoid steep grades and twisty curves. Google was very unhappy with me when I chose routes that were far out of the way, and therefore “slower routes” than she chose. That said, we had a much more pleasant drive to Luray. 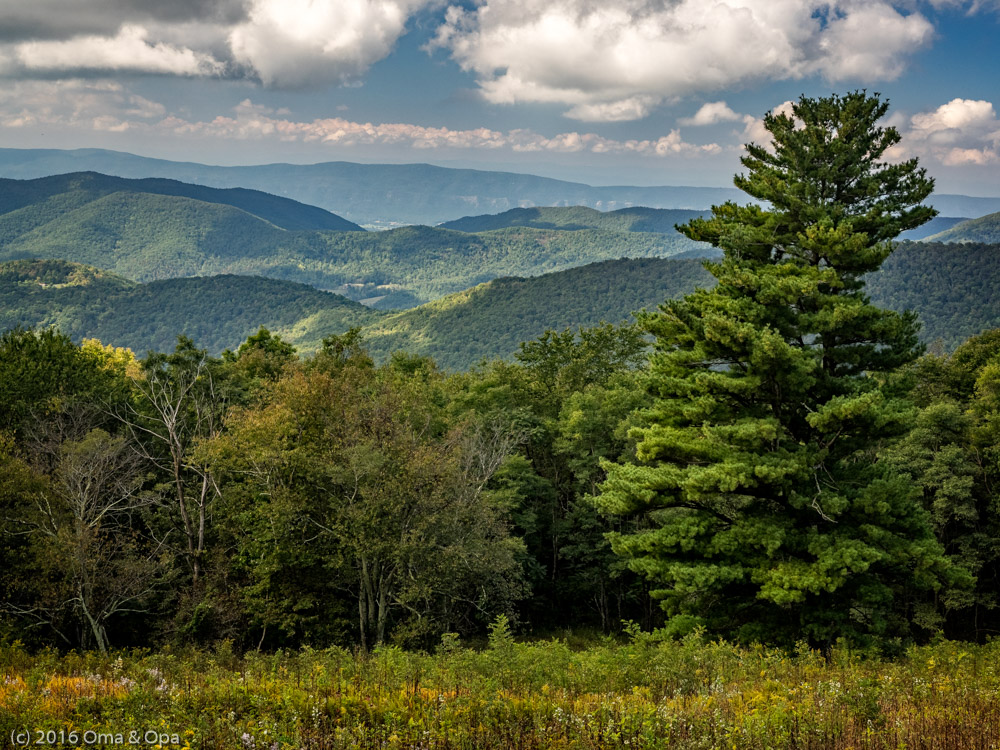 We chose to stay at Outlanders River Camp. We came in on a Saturday and the campground was only about a third full. It was a beautiful campground surrounded by the mountains and a cornfield  with a river running along two sides of it. On the weekend everyone was spaced out nicely, so we had a lot of space to ourselves with wonderful views. Sunday, all but two of us cleared out. Then on Tuesday, the only other camper left and a new one came in. The management decided to place them on the site next to us and directly in front of my door and windows with the great views of the mountains. Really?!! The rest of the campground was empty. When I complained, they offered to let us move but we said, “when we move, we’re moving on”. I was very perturbed by this nonsense! 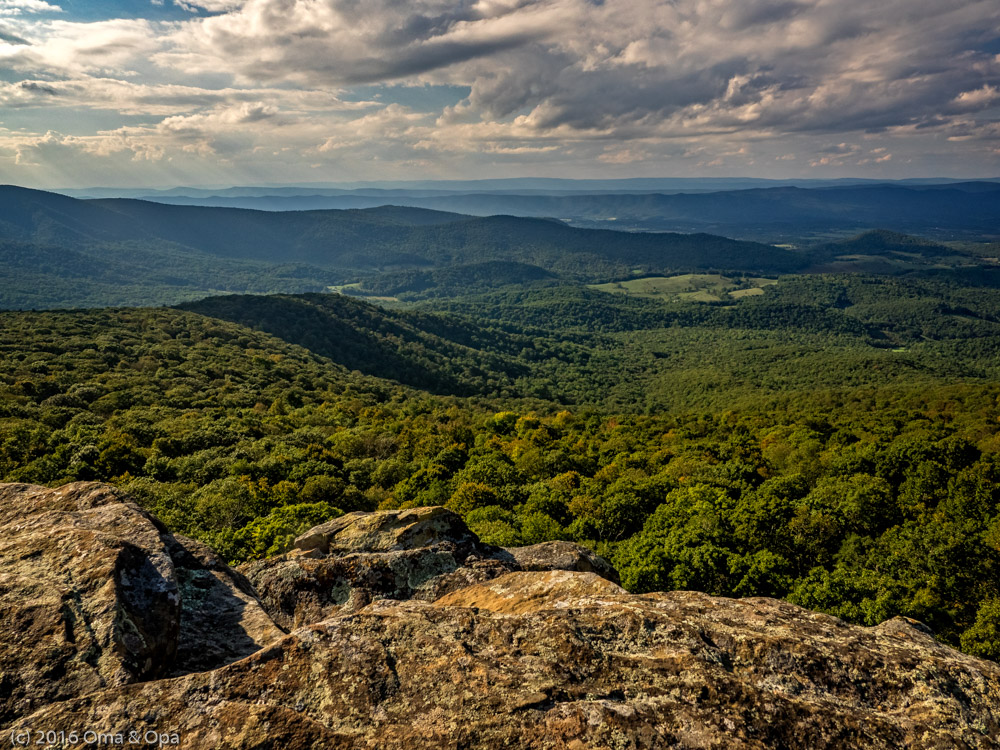 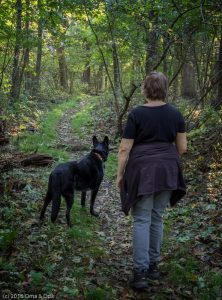 However, we were in a great location to access the beautiful Skyline Drive and found wonderful hikes to do with the dog as well. (Shenandoah National Park is one of the few national parks that allow dogs on most trails (although the most popular trails do not allow dogs).) The park was full of active bears at this time which we saw while driving but fortunately we did not encounter any close by on our walks. 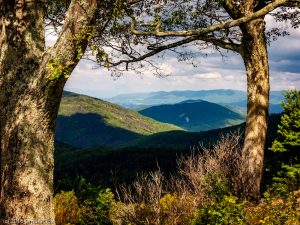 There are lovely picnic areas that we made use of and lots of pull outs along the drive to stop and photograph and enjoy the beautiful views. And while we didn’t have the park entirely to ourselves, it was not crowded at all during the week. We enjoyed our time in this beautiful and scenic area. 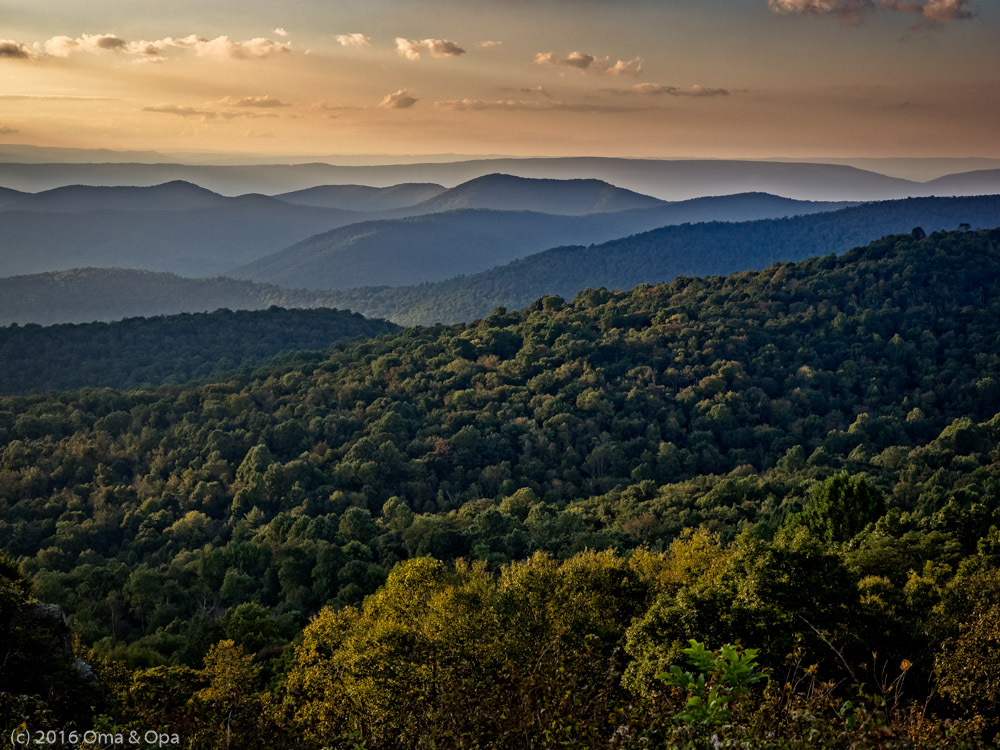