Warning: Parameter 2 to wp_hide_post_Public::query_posts_join() expected to be a reference, value given in /home/customer/www/annieandthebeast.com/public_html/wp-includes/class-wp-hook.php on line 307
 Clute Park Campground – Annie & The Beast
Skip to content 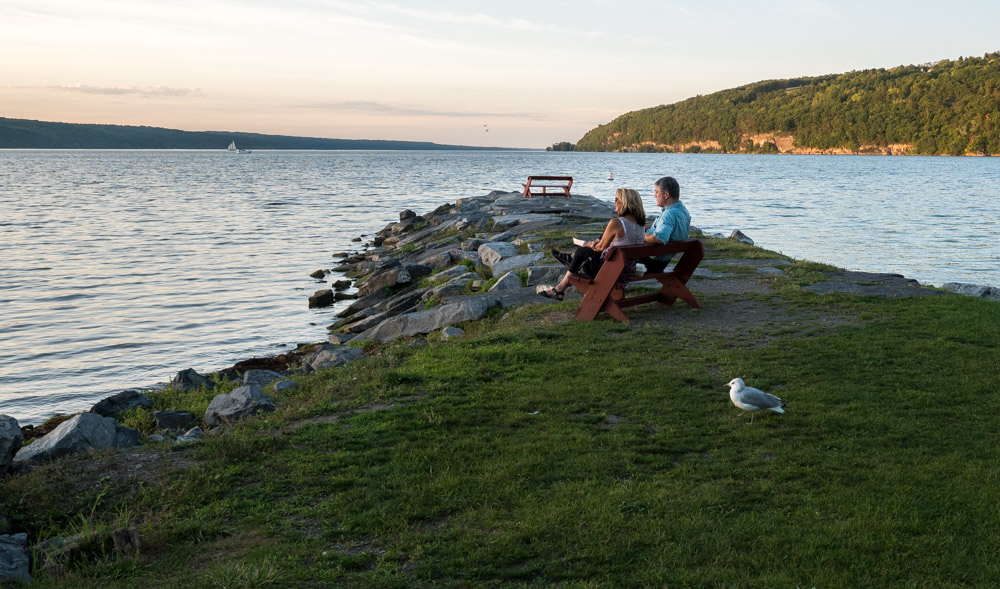 After leaving the casino near Erie, we headed to the Finger Lakes. We considered several state parks, but the weekend was booked up on the sites that we seemed to fit in. After looking at a lot of options, we chose to stay in Clute Park, a municipal park in Watkins Glen. The location seemed to be a good base for exploring the Finger Lakes, it was across the street from Seneca Lake, and we could have the luxury of full-hookups for the duration of our stay.

The park proved to be a great base for exploring a lot of the area. Located in the middle of the southern Finger Lakes region, the Corning Museum was less than 30 minutes away, as were Keuka and Cayuga Lakes. The Glen Creek Gorge, at Watkins Glen State Park, was minutes away, and wineries were literally everywhere.

The campground area was fine but not exciting – basically an open area with some trees. Spacing was fine – not huge sites, but there was plenty of space so you didn’t feel on top of your neighbor. The majority of the units in the park seemed to be seasonal, but all were in good condition and it didn’t have the run-down feel that some seasonal parks get. The park was quiet, even on the weekends. And the staff was very helpful, including helping us print our absentee ballots.

The park across the street was large, with both a human beach area and a dog beach. Coda loved checking it out every day, seeing what dogs had been by and leaving his marks. The park was never crowded when we were there, but it was also never empty during the daylight hours we visited.

The biggest surprise – truly a first for us – was that we had decent internet at the park. To date, the only time that we’ve bothered with campground wifi has been on the rare occasions that we can’t get a decent Verizon signal. Campground wifi has a well-deserved reputation for being bad. Normally, getting 1 Mbs at a campground is really good, and in the evenings, campground wifi is often unusable. At Clute Park, I was able to consistently get 5-10 Mbs (even on the weekend), and I occasionally managed over 20 Mbs. If only we could get that at home!

Watkins Glen State Park has camping, and is supposed to be a great campground. We checked it out, and it would have been fine for the truck camper. I am very happy that we didn’t bother to try to fit the fifth-wheel in. There were a few sites that it might have fit into, but most of those were fairly open (not much more privacy than at Clute Park) and were electric only or no power. As much as we like public campgrounds, I’ll take Clute Park over Watkins Glen State Park with our fifth-wheel. 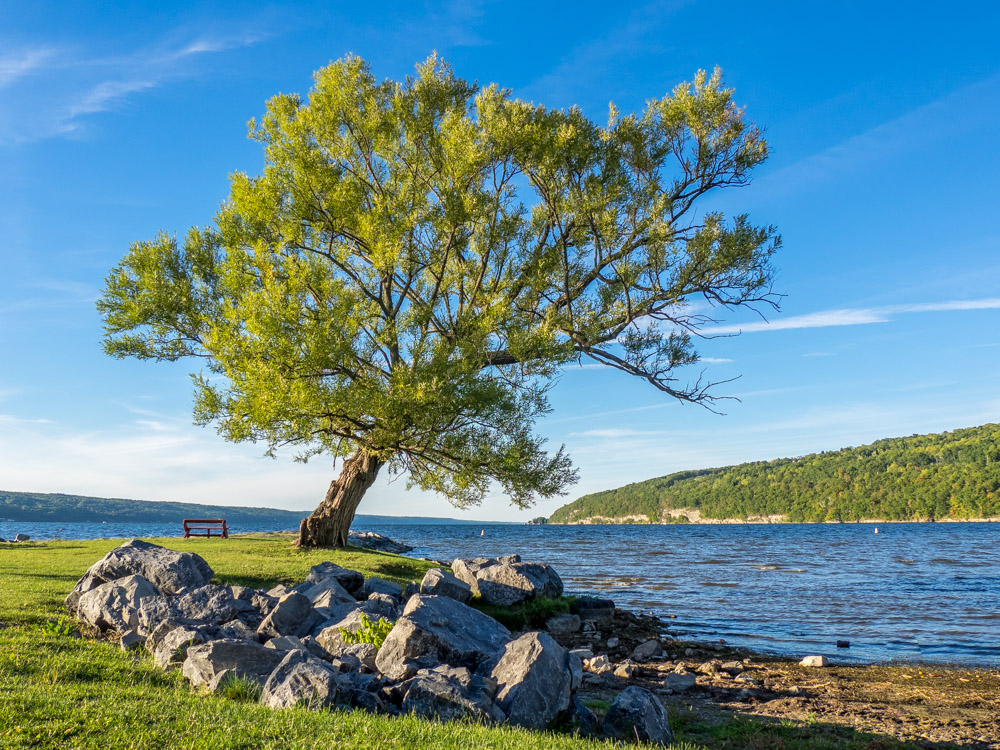 For our last few days at the park, the transient RVer’s (like us) mostly cleared out, and Oma had an unobstructed view of the lake in the distance, which made her especially happy. While the park clearly isn’t as nice as someplace where we can stay right on the water, the central location and the lake across the street make it a good choice for the Finger Lakes area. We’d definitely come back if we wanted to stay in the same area again.

One thought on “Clute Park Campground”