Warning: Parameter 2 to wp_hide_post_Public::query_posts_join() expected to be a reference, value given in /home/customer/www/annieandthebeast.com/public_html/wp-includes/class-wp-hook.php on line 303
 Bus Rides in Denali – August 2018 – Annie & The Beast
Skip to content 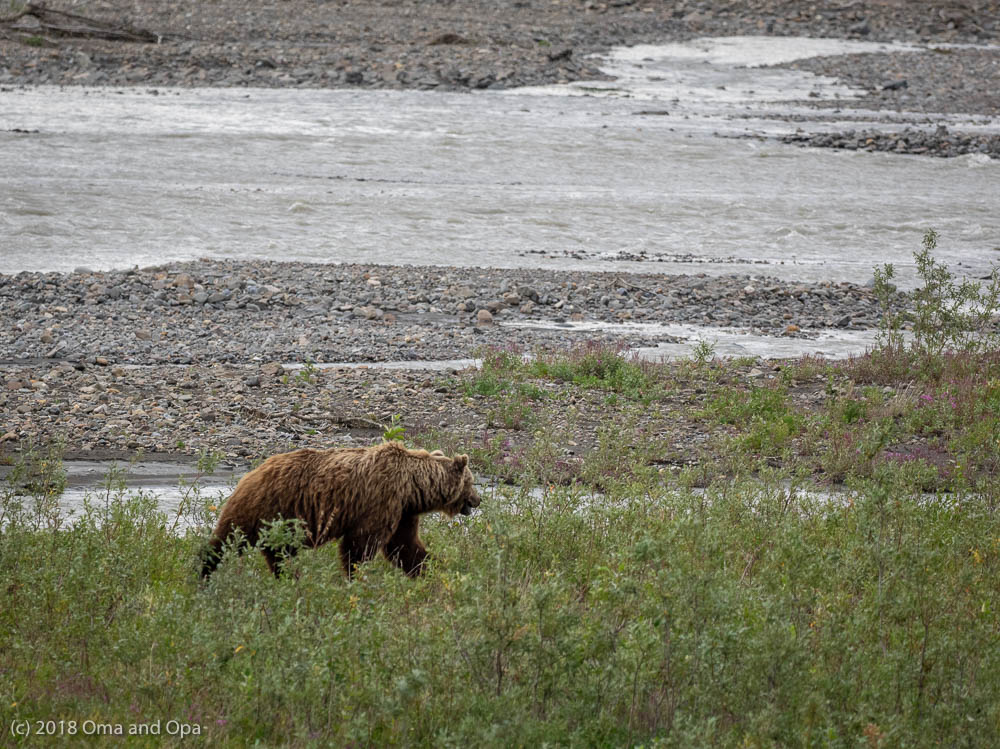 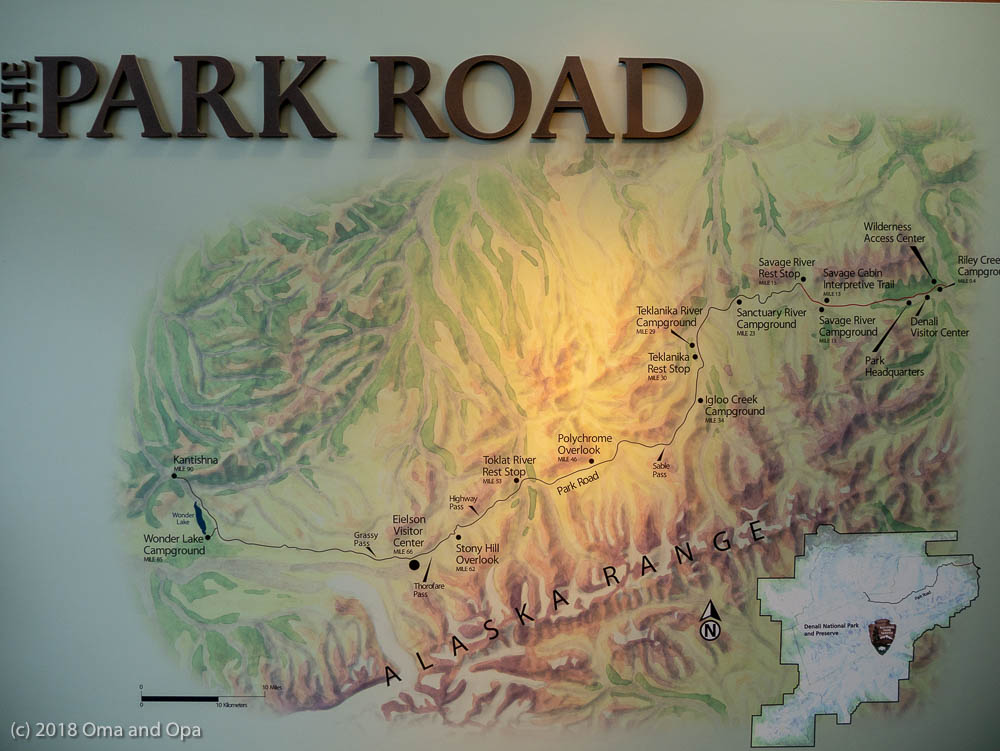 The park transit (green) buses don’t provide canned narration, but most of the bus drivers provide their commentary along the way. You have the option to stay with your bus (which guarantees your seat), but have the option to get off anywhere (literally anywhere along the road) and get picked up by the next green transit bus that has seats available. So it’s far more flexible and less expensive than the tour buses, but you need to provide your own food and snacks and the commentary varies by driver.

For our first bus ride, we had a great driver who talked most of the way into the park and some of the way back. (He was also a very good bus driver who had twice competed in the International Bus Roadeo. Who knew that existed?) Driving Denali park buses is apparently what school bus drivers in Alaska do during the summer.

His focus was wildlife and he was a good spotter, but even by his standards we had a phenomonal day. The measure of any bus ride into the park is the number of bears sighted. Our driver’s previous best day was 23, but by the time we got off the bus, twenty-nine miles from the end of the bus ride for most passengers, our count was 28 bears. (I have no way to know if he happened to see any more in that last 29 miles.)

Many of the bears were in the distance, but we had three (a sow and her two cubs) come directly at us, cross the road in front of us, and then head up the mountain on the other side. As the driver said, it doesn’t get much better than that.

We also saw lots of Dall Sheep on the mountains, a moose, tons of caribou including two different ones that posed especially nicely for us. We saw a short-eared owl, which was odd to see during daylight. Of course, during Alaska summers when there is very little night, owls hunt during the day. We saw a harrier, a golden eagle, an osprey that perched very close to the bus for us plus the usual ducks, geese, magpies and so on. And finally various rodents including a muskrat swimming.

The weather wasn’t great, but it was hardly terrible. While there were no views of Denali and the Eielson Visitor Center was fogged in the first time we stopped, overall visibility was adequate most of the day.

All bus rides into Denali are long, but staying in Teklanika campground cuts at least two hours off the trip. Our trip to Kantishna and back took us ten hours; it was at least twelve hours for everyone who started at the bus depot near the park entrance. 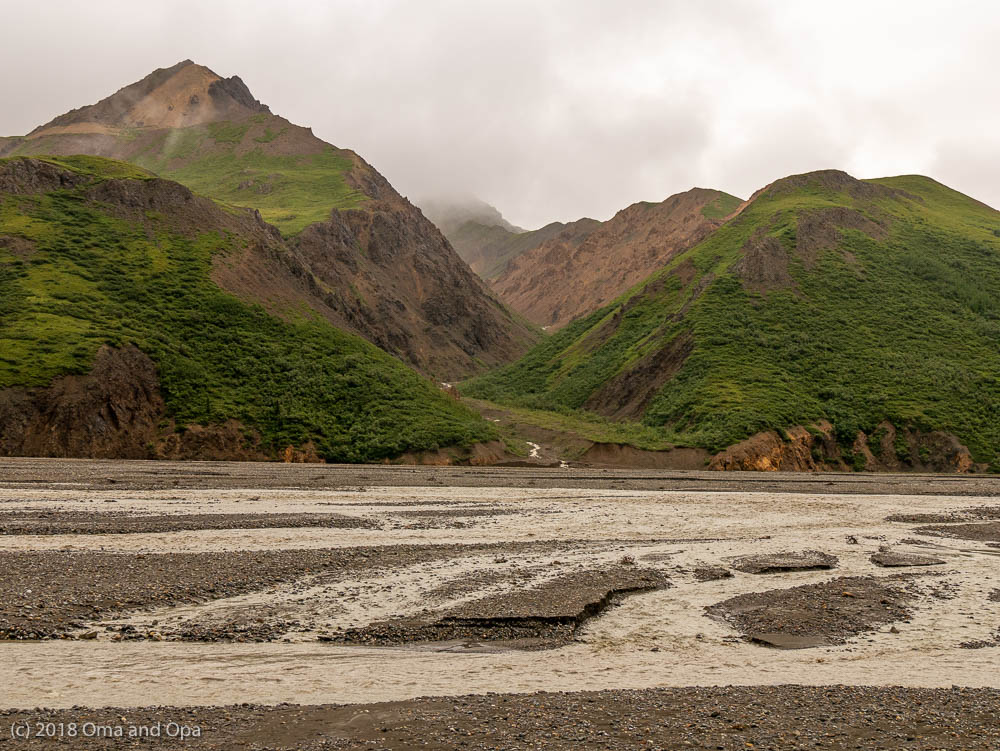 There are a number stops along the park road. I can’t speak to the rest stops up to mile 29, but the Teklanika Rest Stop is only a mile or two after Tek campground. There is a nice overlook of the Teklanika River, but it’s primary purpose is for a bathroom break. It’s frankly a bit of a pain if you start from the campground, since you’re only on the bus for five minutes before the first stop. But it’s 1½-2½ hours until the next set of bathrooms, so it’s an important stop. 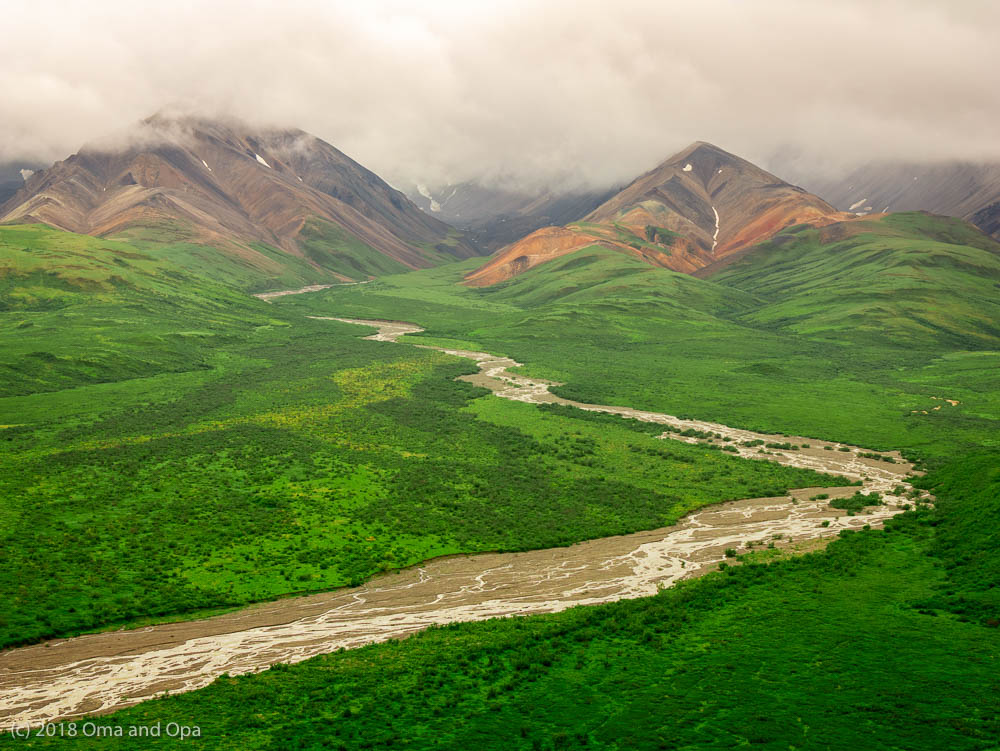 The next stop is a short one at Polychrome Overlook (no bathrooms), literally a small overlook at a wide spot on the cliff-hugging road. There is a short path you can walk if you are willing to catch another bus, but the transit buses stay at Polychrome just long enough for people to take a couple of pictures near the bus. 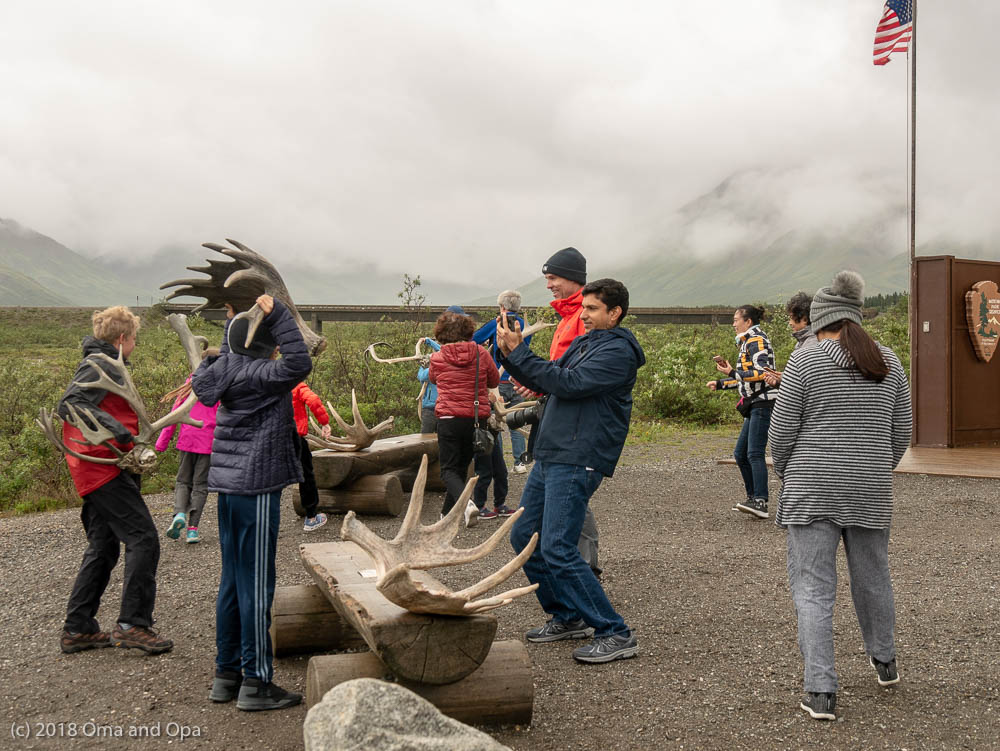 The Toklat River Rest Stop is next. You can join the crowds “wearing” caribou and moose antlers, or stop into the Alaska Geographic book tent.

From there, it’s a comparitively short (30-40 minute) ride to the Eielson Visitor Center. There are rangers and a couple of ranger programs, displays, a short film and three trails. The buses stop for about 30 minutes, and we did not stay longer on our first trip into the park so that we would not lose our seats.

After Eielson, the Kantishna bus drives past Wonder Lake (but doesn’t stop) and heads to the end of the road. There really isn’t much to see past Wonder Lake besides some private lodges and a small airstrip. But we can say we saw the entire park road. And we did have a caribou pose very nicely close to the bus for us. 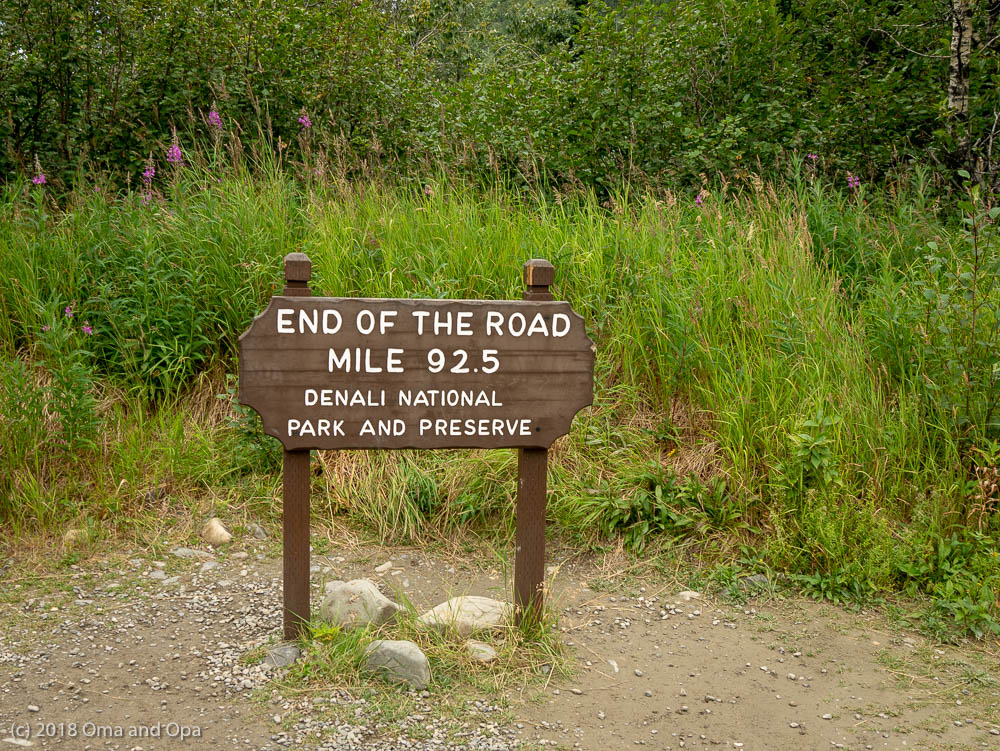 From the end of the road, it’s back to Wonder Lake with a stop this time. It was pretty in its own way on the day we were there, but would probably be gorgeous on a beautiful day. 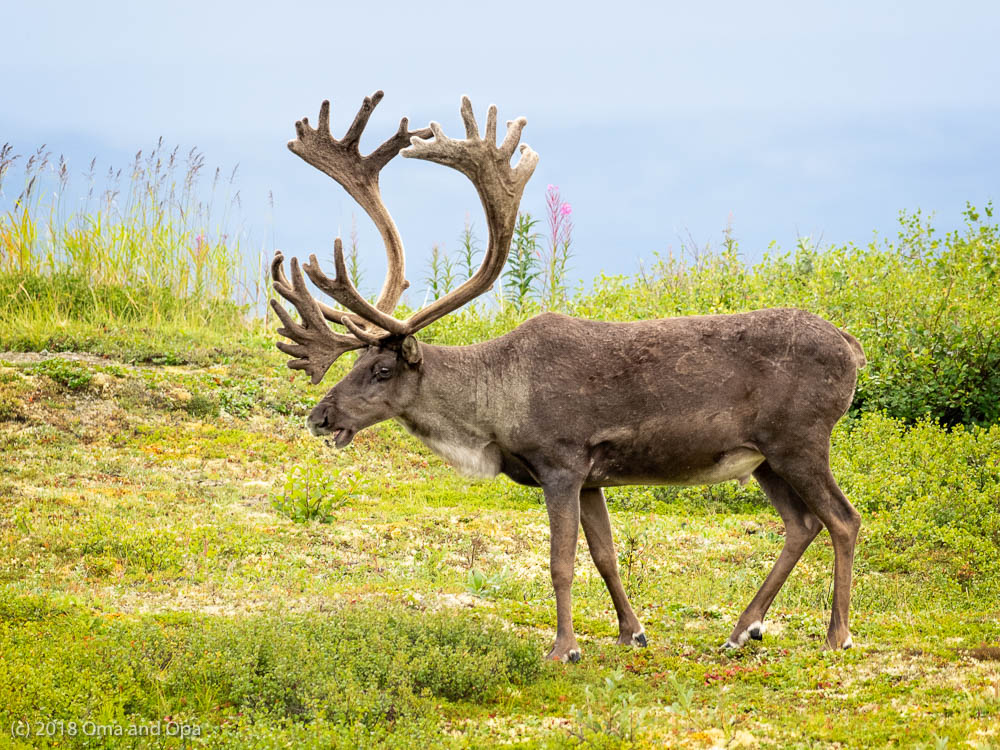 The trip back goes faster. Everyone is tired (eight hours on the bus so far for most people), we’re retracing our steps and the drivers stop less (and for less time) since people have already seen wildlife on the way in. The Eielson stop is a bit shorter, the Polychrome Overlook is skipped, so it’s mostly just 15 minute bathroom stops. We got on the bus at 8:50 am and returned to the Tek campground at 7:00 pm, just over ten hours. All of the rest of the passengers left at 7:30 am and would have gotten back to their cars at around 8:00 pm. It’s a very long day. 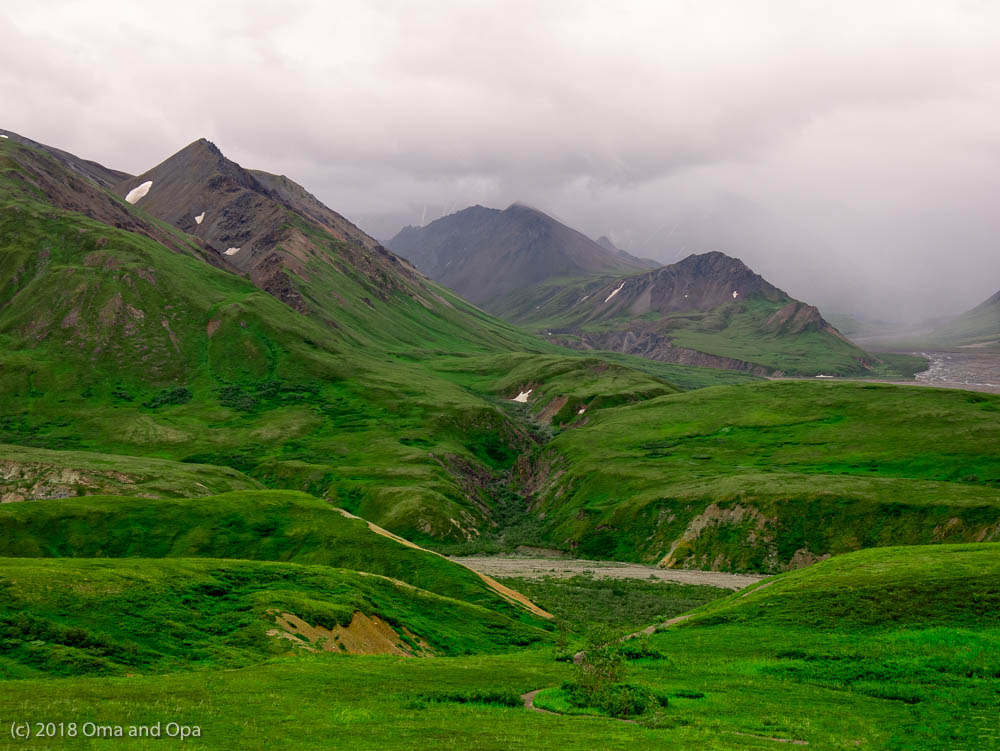 Since we had the Tek bus passes, we took advantage of unlimited rides on a space-available basis. Had the weather been nice, we would probably have been out nearly every day. With the rain, we decided to pick what looked like the best of the remaining days to ride to Eielson and watch the movie and hike a trail.

All buses are supposed to leave with four empty seats, which allows up to four people from Tek campground (or one of the tent campgrounds) to get a seat. The first bus we tried to get on was the same driver we had before. Unfortunately, they overbooked his bus and he did not have seats for us.

The next bus did have seats. She was not as good with narration or wildlife spotting as our first driver, although she did talk and we got different information. She seemed more tuned into geology and some other topics, which our last bus driver covered only slightly. It was also just not a great day for wildlife, with only four bear sightings and a few caribou and sheep.

I was afraid Eielson would be totally fogged in, but when we got there visibility was okay on the lower trails. We started with the short one-mile loop trail. Unfortunately, by the time we finished visibility was nearly zero and we chose not to do any of the other trails. We did watch the movie (a different video than shown at the main visitor center), which did a decent job of describing the climb to the peak. Worth watching if you have the time. 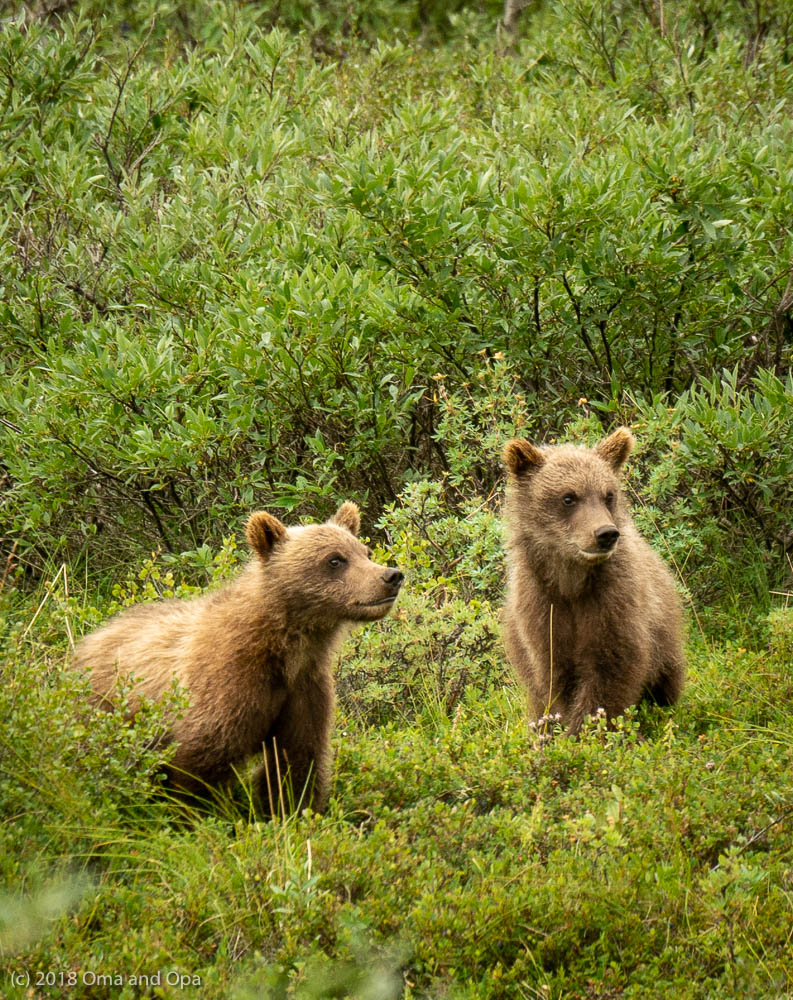 With no visibility to walk any other trails, we put our name on the list to get on a bus back. We got lucky enough to get on the second bus out, although we had to sit separately. The drive back was quiet although we did see three more bears. 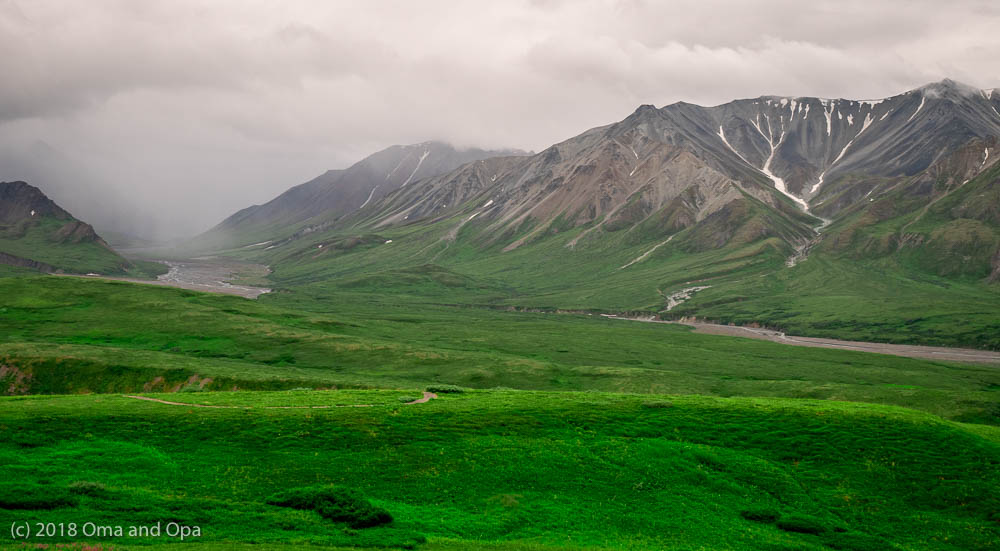 Our day was not as long or nice as we might have liked, but we at least appreciate how great our first bus ride was. It was still six hours round trip for us, with about an hour of that at Eielson. For someone doing a “short” trip into the park (which would be to the Eielson Visitor Center), round trip time would be eight to eight-and-a-half hours. Wonder Lake would be about two hours longer, Kantishna two hours more than that. 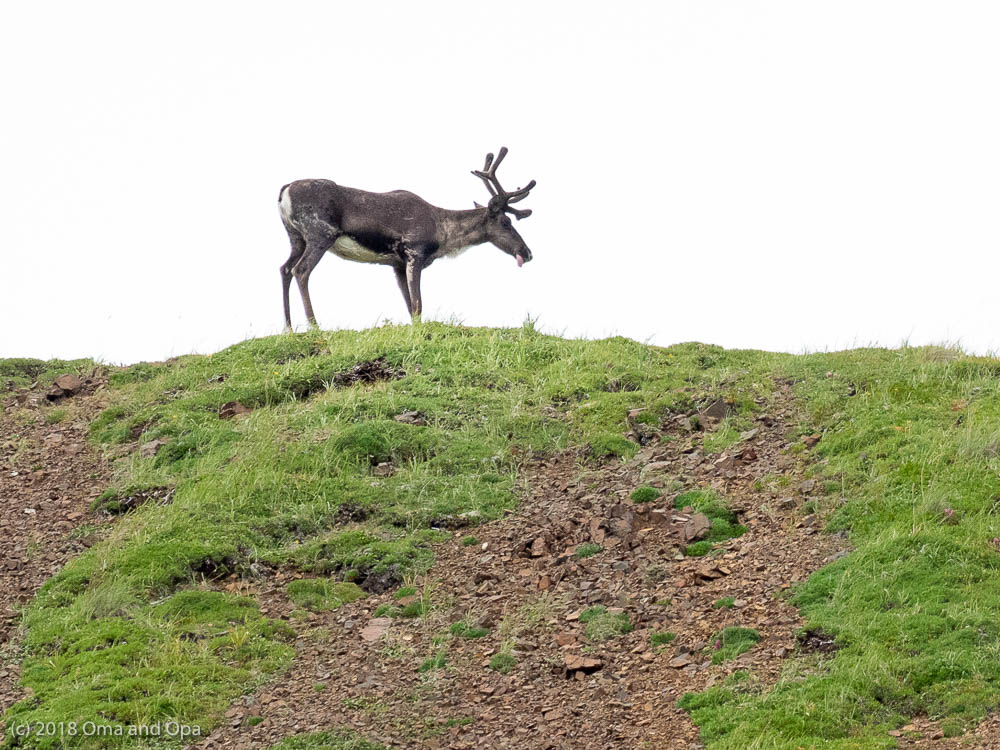 I really appreciated the economy and convience of the Tek bus pass. It saved us $120 compared to separate bus tickets to Kantishna and Eielson, we could decide when and where we wanted to go depending on the weather, and it cut at least two hours off every one of our bus rides. Had the weather been nicer and had we been able to stay longer, we would have done more trips into the park and done more hiking. Multiple bus rides also increase your chances of being with a better driver or seeing more wildlife. While our first ride ended up being by far the better of the two, it could just as easily have been reversed and our second ride could have been the one with fantastic wildlife and views.