Warning: Parameter 2 to wp_hide_post_Public::query_posts_join() expected to be a reference, value given in /home/customer/www/annieandthebeast.com/public_html/wp-includes/class-wp-hook.php on line 307
 Alamogordo, New Mexico – March 2018 – Annie & The Beast
Skip to content 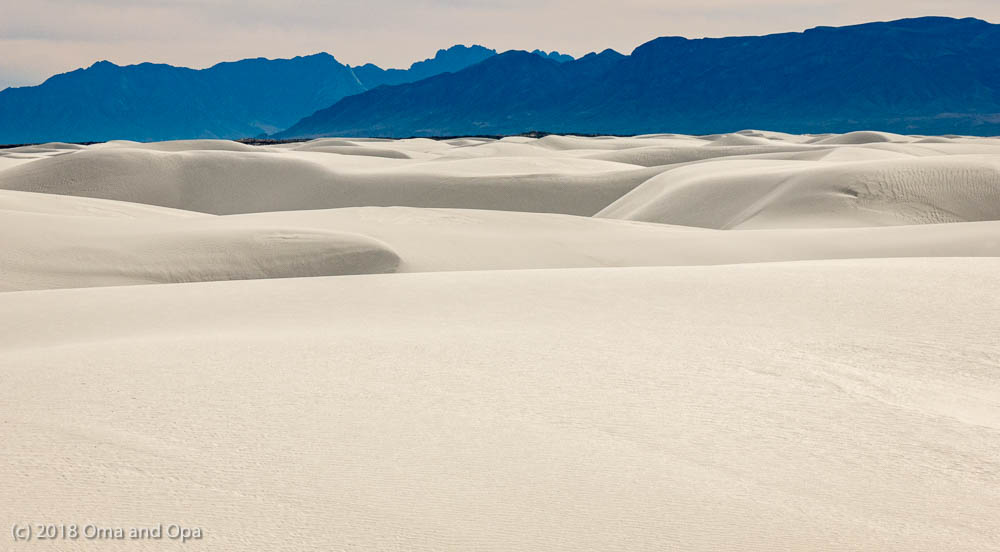 Our next destination was Oliver Lee Memorial State Park near Alamogordo, New Mexico. We did not have reservations so we knew that if we were to get an electric site, we had to be early and lucky. We got there at 9:30 and unfortunately missed our friends who were leaving that morning. 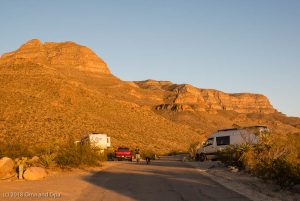 But that said, they wouldn’t have had time at that point to visit anyway. We took a drive around the loop and only one site with electric and water was open. There were several sites without water and electric, but since the nights have been very cool, it was nicer to have electric. Even our friends’ site had already been taken when we got there. We got site #5 which is not a highly desired one because it is not completely level. But it was level enough for our leveling jacks and it was easy for us to set up in and had great views and lots of privacy. We were lucky and happy.

Now to take care of our dog. We found a veterinarian in Alamogordo that was able to see us. After an examination and all sorts of samples taken for the lab, we walked out with several new meds and the usual big bill. Fortunately, it all helped Coda for the moment. But we had to spend some time watching and caring for him while the medicines started to do their work.

There were a couple of trails that I had wanted to try to hike at Oliver Lee, but I can use my dog for an excuse to not climbing to the top of one of the huge, steep, rocky hills. We really were not comfortable leaving him for long.

One thing we did do was tour the Oliver Lee Ranch house. Originally built in the late 1800s, it was reconstructed after being used as a movie set in the 1970s. We find the ranching history interesting, especially because neither of us has ever lived in ranch country. 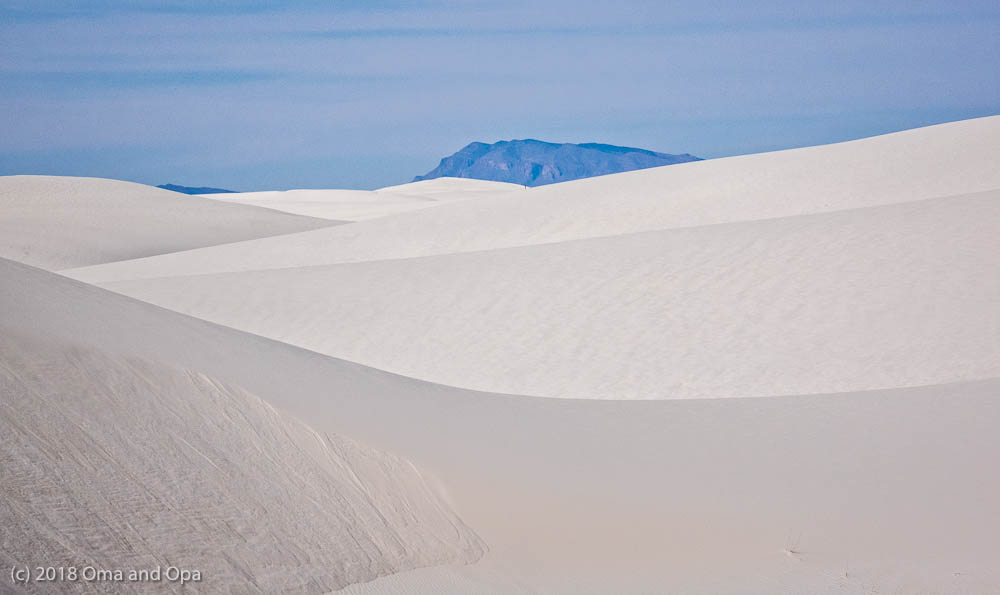 We went to White Sands National Monument a few times.

What an awesome sight! This has been on my bucket list for a very long time and I finally made it. The first couple of times we took Coda along so we could be with him which meant that we couldn’t do a lot. But we did some short walks and tried to picnic at the top of a dune. The picnic did not work out, as the wind was blowing and I did not want crunchy gypsum to munch on. We also tried to sled down the dunes, but that didn’t really work. The gypsum has a lot of friction and well, I’m not that light anymore, so the sledding was like being in slow motion. I’ll save my sledding for the real cold, slick snow surfaces from now on. 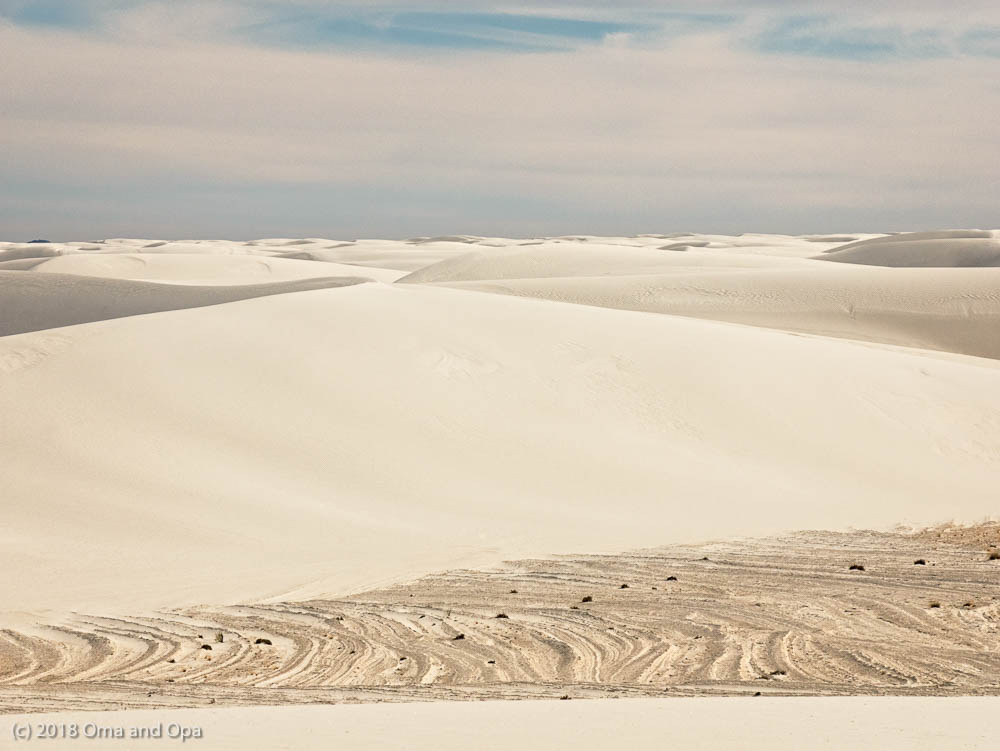 After a few days, we finally felt confident that we could leave Coda alone in the rv for a few hours, and we went back to take a longer walk and photograph the dunes. We still didn’t want to spend too much time away, but we started on a longer trail that not too many people were on and we enjoyed being away from the road, the new photo opportunities and climbing up and down the steep dunes. 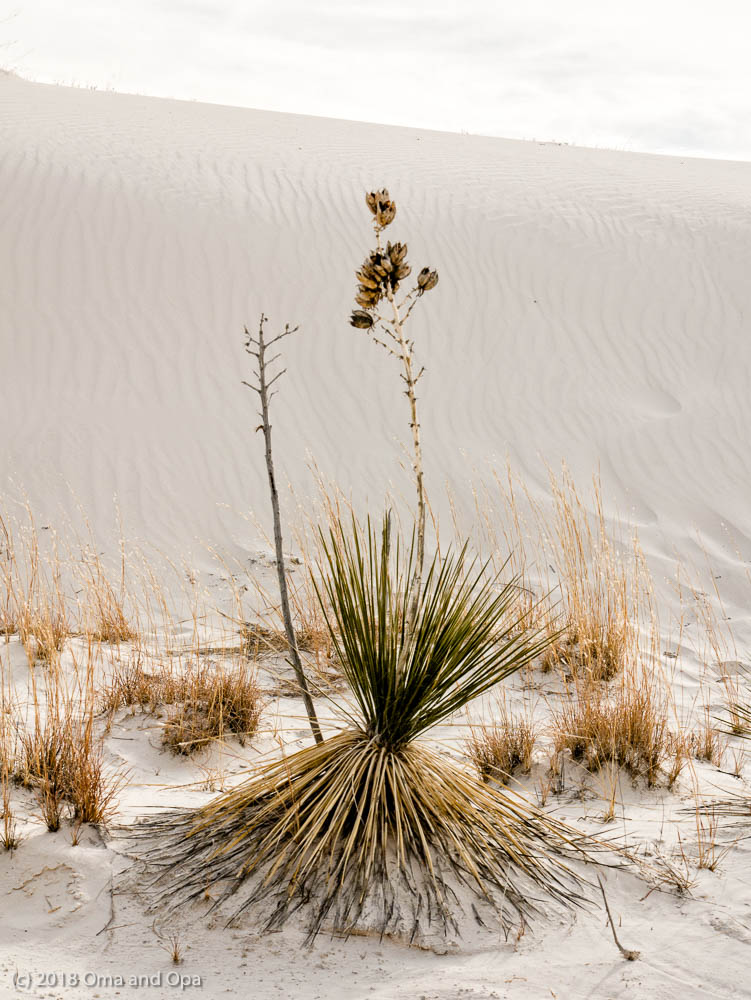 We also visited the New Mexico Museum of Space History in Alamogordo.

It had some displays inside and out, although much of the inside was being renovated. I’ve been to many air and space museums already, and this one did not top my list. It was okay but not great for me. Maybe I wasn’t in the right mood or I’ve just seen so much on that topic already, but it doesn’t get my highest rating.

The highlight for me was definitely White Sands National Monument. I would like to go back and take a few longer hikes in the dunes. I enjoyed learning that this sand is gypsum and not like the quartz crystals on the Florida beaches. It will be fun to look at samples of each under a microscope. It was a beautiful, mystical place for me. 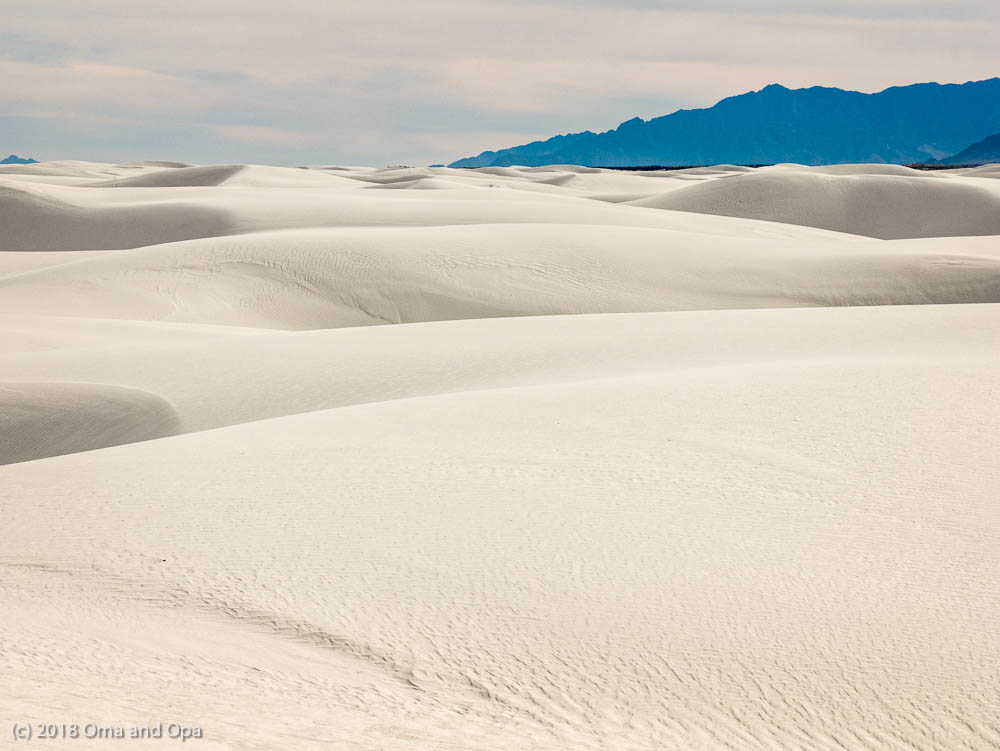 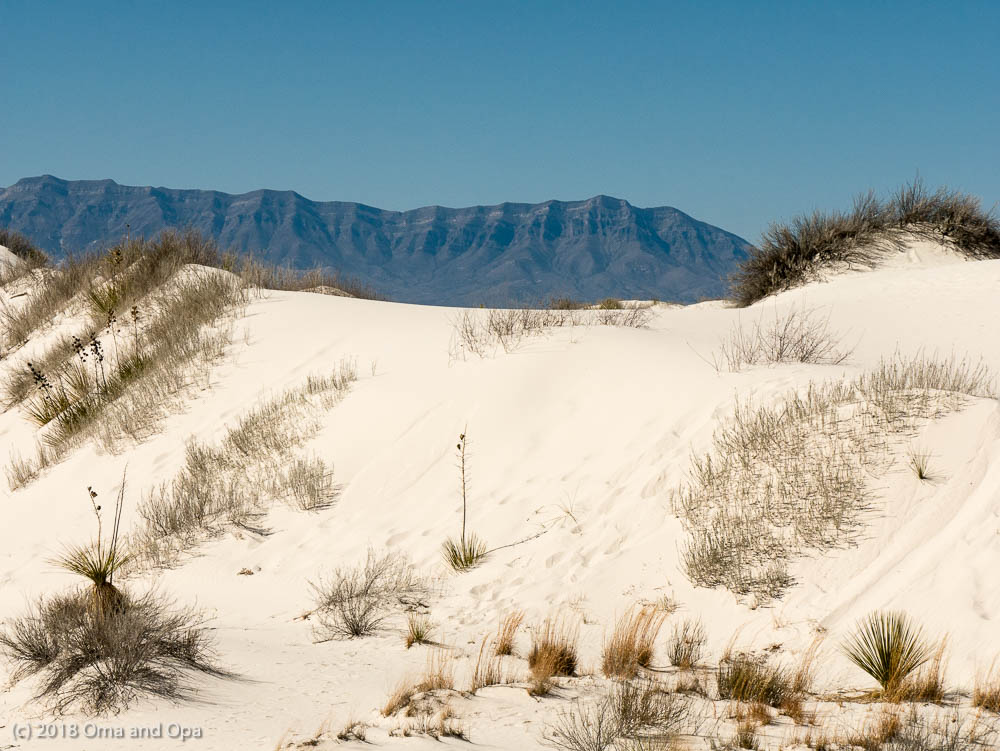 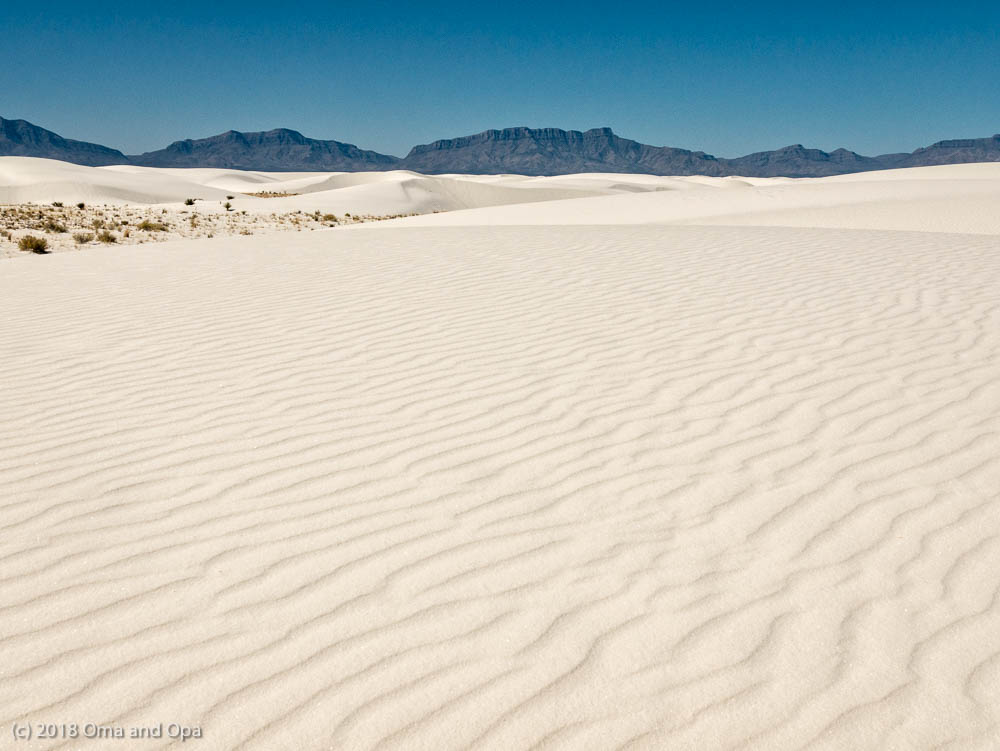 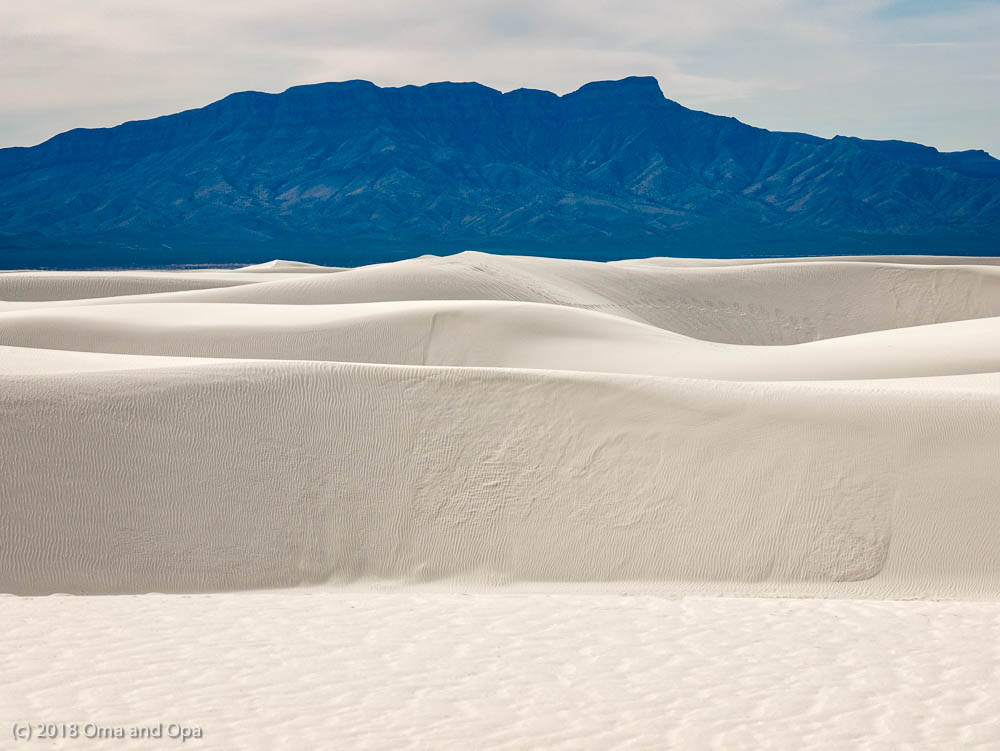 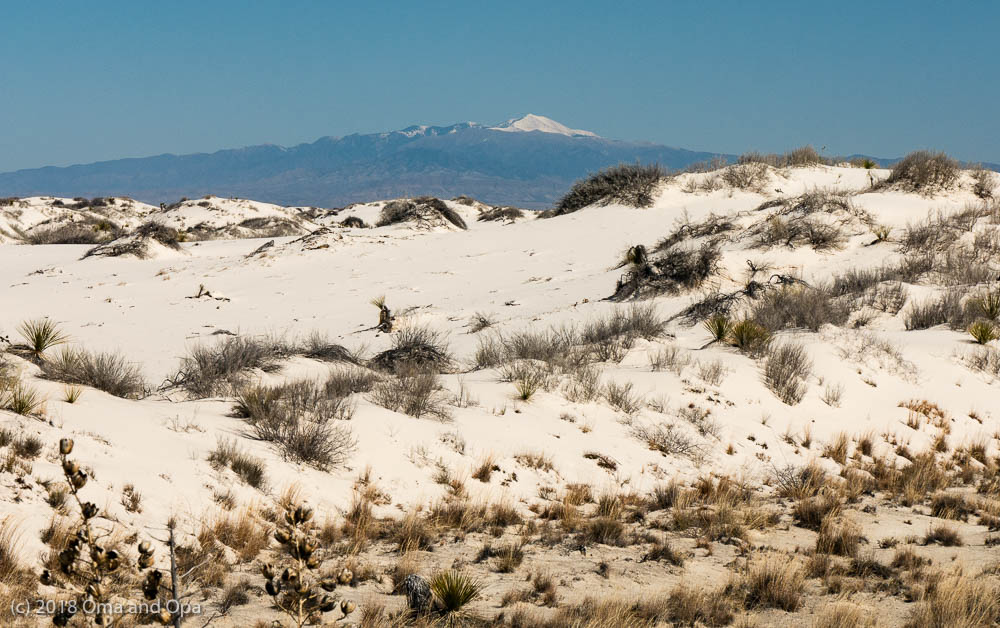