Warning: Parameter 2 to wp_hide_post_Public::query_posts_join() expected to be a reference, value given in /home/customer/www/annieandthebeast.com/public_html/wp-includes/class-wp-hook.php on line 307
 A Stop in Idaho – Annie & The Beast
Skip to content 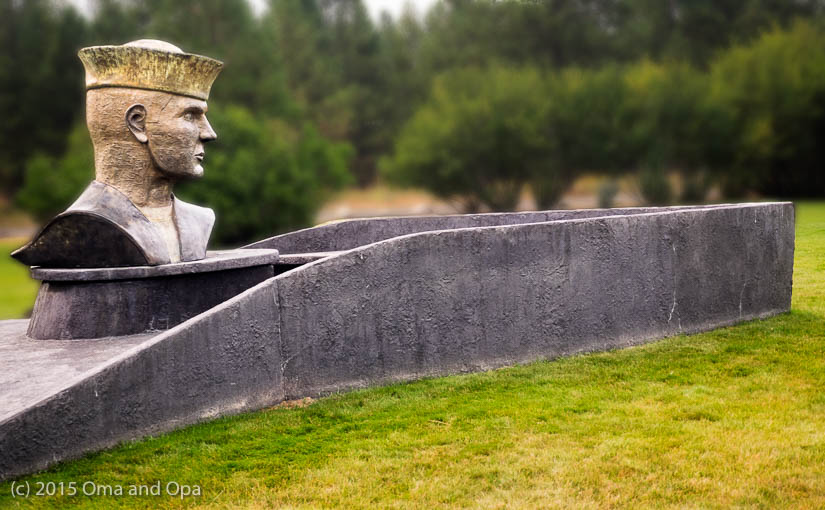 We continued northeast from the tri-cities in search of cooler weather. We failed at that; although it wasn’t quite as hot as in the tri-cities, highs were still in the 90s.

Our drive was uneventful, with divided highway pretty much the entire way there. Farragut State Park is located on the former site of the Farragut Naval Training Station. After the outbreak of WWII, the Navy needed additional recruit training stations to handle the large number of seamen mustered into the Navy. Farragut Naval Training Station was built in about six months during 1942, and more than 293,000 sailors passed through the station. It was the second largest naval training station, and was built inland for security reasons. It was decommissioned in 1946.

The base was quite large; each of the six “stadium-looking” ovals was a mostly self-contained training camp housing 5,000 men. Training lasted thirteen weeks at the beginning of the war, and was eventually reduced to eight and then six weeks as the war progressed and men were needed faster.

Because green wood was used for most construction, the base was almost entirely torn down after the war. The only building remaining is the concrete brig, which has been turned into a museum. Some of the training camp areas are now campgrounds (our site was in the Gilmore campground, located in parts of the former Camp Gilmore), others are now fields or forest. I found the museum and history very interesting, although it is too bad that only the brig remains of this massive training facility.

We took a drive up to Sandpoint, a nice city on the upper part of the lake, where we ate a picnic lunch overlooking the lake. They have a very nice city park with a beach, but unfortunately do not allow dogs anywhere in the park. Fortunately, another city park overlooking the water did allow pets, so we had our lunch there.

Oma also tried her knee on a short bike ride, our first since her knee blew up. The park is large and had lots of mixed hike/bike trails and roads, many closed to cars. Oma finished the day with a swim at the small spit that served as a swim beach at the park.

Although it was a nice enough park, and we saw families staying for up to two weeks, I think we’d try other locations in Idaho on our next trip.